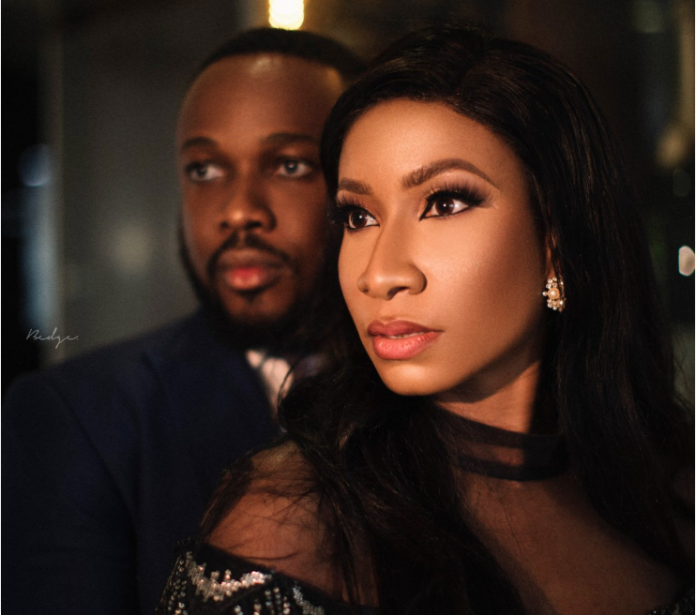 They found love where they did not expect to find it, and right there in their hearts, it stayed and grew. Nonso and Adaora met in the church and within two months of meeting each other, Nonso knew in his heart that he has finally found home and Adaora is the one is the right one for him. The groom-to-be going first revealed how he met her when he shared that:

I remember seeing Adaora for the first time after I’d arrived late to choir practice on a Thursday night sometime early 2017. At the time, it was a simple “Hello-Hi”. Weeks down the line, I could not help but observe there was a lot more to Adaora than met the eye. It took less than 2 months and I figured she was the one. Here we are now!

Adaora on her part shared how she met Nonso when she shared that: The first time I arrived at Nunciature at Pope John Paul Crescent, Maitama, I was enthralled by the Choir and decided to join. It was there I met Nonso, who is now the love of my life.  We found that we both share a fondness for the same things. We both enjoy singing, we share the same values and then found that Nonso attended Loyola Jesuit College where my brother attended!

What endeared me to Nonso is his consistency and his ability to remain calm in the face of a storm. This might sound cliche but he has made me a better person. He has shown me what true love is and I’m excited to be spending the rest of my life with him.