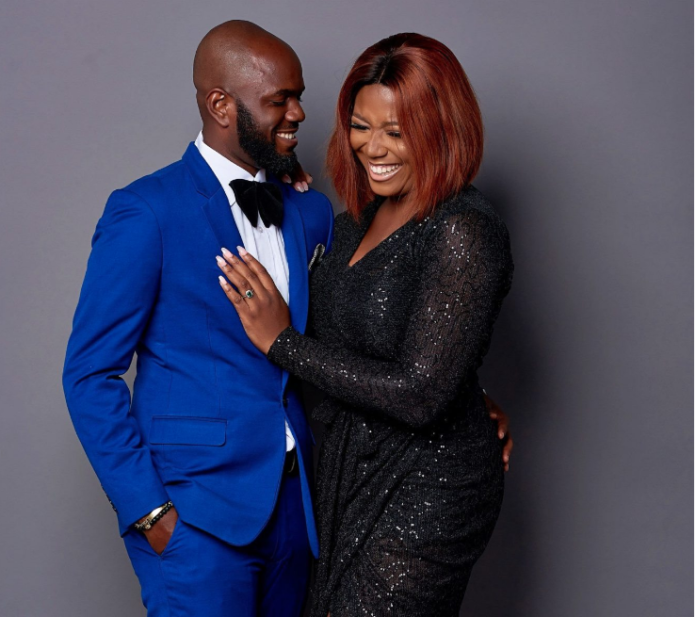 Don’t you just love men who keep to their promise? Foresighted Torinmo vowed he was going to put a ring on the beautiful fingers of Yeyemide, and he did just that. Just like every sweet love story, Torinmo and Yeyemi’s cuddly affair started and is growing with love. Started right from their office and now they are here, about to marry in the same month that they met, this April love story is exciting! Read all about the affair as shared by the groom-to-be Torinmo below…

Yeyemi and I met at the office, we were good friends and always liked being around each other. We would chat about work, personal life and other general stuff. There were a few projects we worked on together and it was always exciting for me whenever we had to do stuff together. The thought of dating would pop in my head occasionally but considering that we were in the same office, I would try to downplay it. I guess what is meant to be will be. There were a few of our friends who always teased us saying things like “oh you guys look so good together” and “you guys should get together” etc.

We always just laughed about it. At the point I was travelling for a job outside the country, it became clearer that I was getting very fond of Mide and wanted us to be more than just friends. We started dating just before I left, and I assured her that we could make it work despite the time difference and distance. She was amazing during my time out and we kept the relationship going with constant communication (Skype was so helpful lol), and a strong desire to make it work When I got back we had become even stronger than before, and the relationship has been fantastic since then. Yes, we have our ups and downs, but it has only made us love each other more.

For the proposal Torimo made sure it was personal and very sweet. He explained how he pulled it when he said: “It was the way I wanted it, with family and close friends, and most importantly the surprise factor. I had planned to do the proposal for a while but waited for the right time to do it. I got help from a close friend of hers in terms of organizing and getting the right ring size. I was quite nervous that day, I had told her that we had a “work dinner” where we had been told to bring a special guest. She was supposed to be my special guest for the “work dinner”, meanwhile I had gathered her friends and family at the restaurant and they were all waiting for her to come in. As soon as she came in, there was a saxophonist playing and I went on my knees and proposed to her and she said yes.