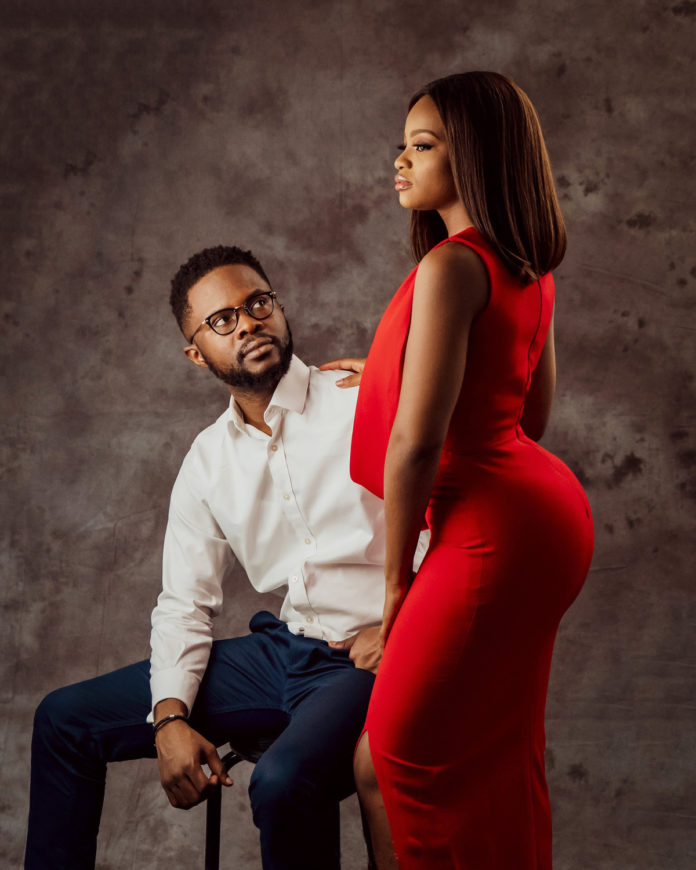 Before reading, we must warn you. If you are not a big fan of love that happens in strange places, then this article is not for you. This is because this love story begins in an office kitchenette. Strange right? But romantic nonetheless. We almost shed a few tears while reading the beautiful meeting and love voyage of the #TELDEM2020 couple.

Hear what the bride has to say about their love encounter “I started working in a law firm in January 2018 and I was settling into it gradually (juggling Lagos traffic, trying to have a healthy work/life balance, etc) when I met Edidem. We had our first ever conversation right after one of my training sessions at the office – he walked up to me, said hello and mentioned that I looked like a gospel artist, Chee. I didn’t think so, so I just smiled and went on with my life. We didn’t work on the same floor but I’d say the occasional hi or hello whenever I was on his floor and vice versa.”

“Fast forward to 28th May 2018 (I remember the exact day because I’m good with dates and I remember that the next day was democracy day which is a public holiday), I was in the office kitchenette after work when he came to talk to me. We had a conversation during which he told me that he didn’t have my number and gave me his phone to save my number. Then we headed home because it was getting late. The next day (being a public holiday), I was bored so I decided to text him first. I genuinely didn’t have ulterior motives- I just decided to make a new friend since we’d had a good conversation the night before.”

“Our texts eventually grew into long phone conversations and then video calls. We had good banter and Edidem loves gist like me so we got along perfectly. He was so different from other guys I had dated/ been speaking to, because of the Christ factor, amongst other things. He is a true Christian and he did everything he could to support me on my journey with Christ. He kept talking about marriage but I had my fears and scars so I told him to calm down and let things flow naturally. I wasn’t ready to get married to someone I hadn’t known for up to a year.”

“In September 2018, he had to relocate after getting a new job in England. I was happy for him but a part of me didn’t want to do long-distance and thought that it was going to be the end of ‘us’ (at this point, we both knew I liked him but I was still forming). He had promised me that he was coming back to marry me but in my head, I was like (‘yimu’). I saw him off to the airport, hugged him, said goodbye and walked back to the car park.”

“I didn’t even know when I started crying. We became official ( I finally agreed to be his girlfriend after a few months of doing ‘shakara’) on the 8th of September 2018 and then he came back on the 24th of April 2019 to propose to me. I said yes to him and will forever cherish that decision. So our story, in a nutshell, is that we started from a conversation in the office kitchenette and now we are on the way to the altar.”