Brooklyn Beckham and Nicola Peltz have shared more snaps from their lavish $3.5 million wedding ceremony, which took place at the actress’ family home in Palm Beach on Saturday. Taking to Instagram on Monday, the newlyweds uploaded a slew of images from their big day, which was captured by British Vogue photographer German Larkin and will feature in the fashion bible. Blushing bride Nicola, 27, called her custom-made Valentino wedding gown her ‘dream dress’ in one striking snap, while British Vogue noted that the ‘romantic, traditional-with-a-twist gown is the culmination of a year’s worth of conversations between the bride, Peltz’s stylist and Valentino creative director’s team.’

Read Also: Stunning Socialite Isabelle Junot Ties The Knot With Álvaro Falcó In Span’s Most Wedding Of The Year Vogue shared a plethora of snaps of the newlyweds as they noted: ‘It’s the stuff that modern fairytales are made of: a beautiful blonde film star meets a handsome young scion of one of Britain’s most famous – and fashionable – families, sparks fly, and a truly 21st-century romance unfolds.’ 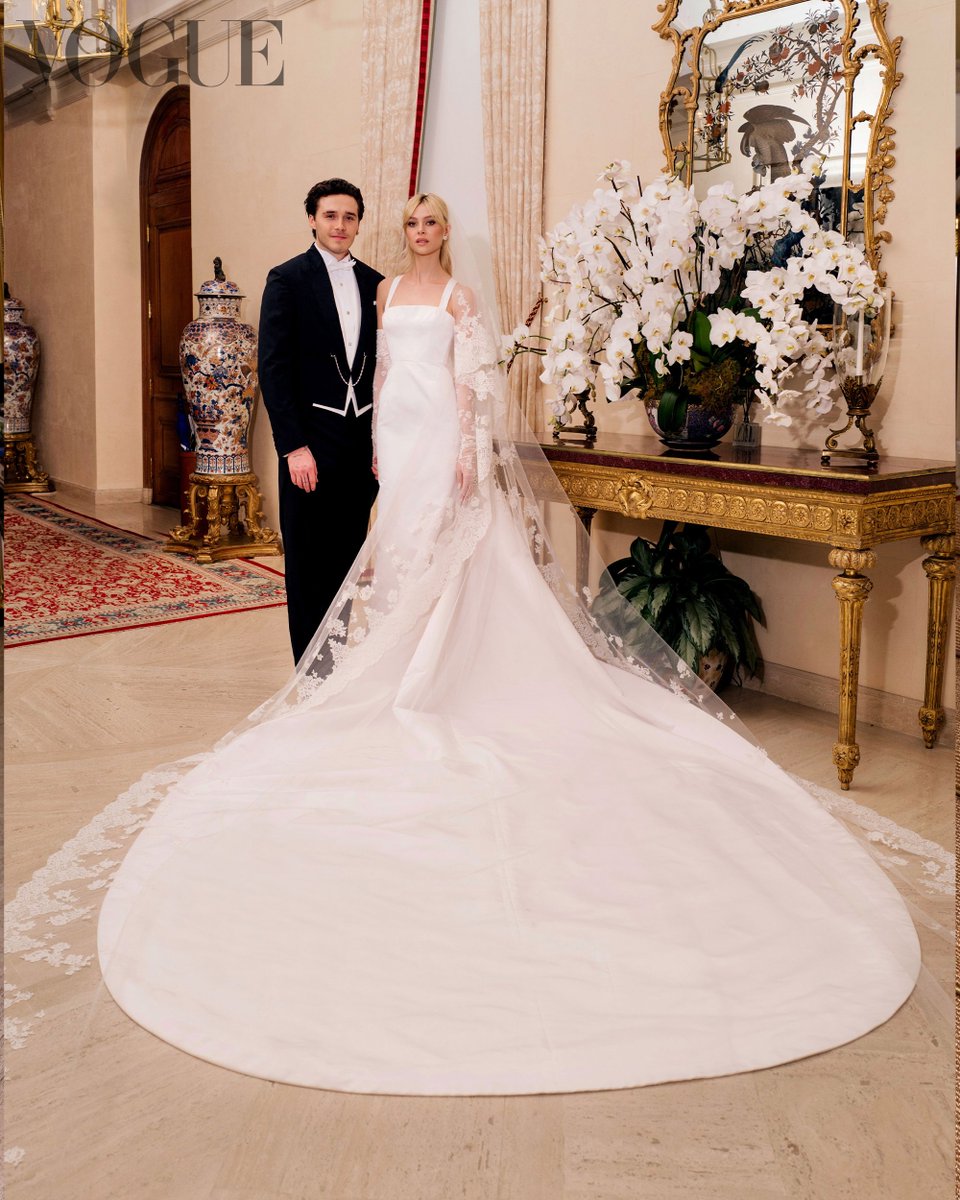