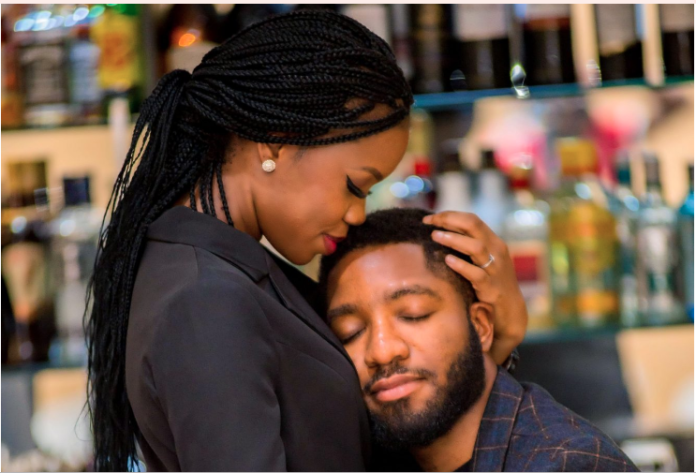 Sometimes, a third party in the relationship can really be healthy, sometimes. Nkiruka got linked to Franklin through a family member who knew them both and declared they would be perfect for each other. Turns out, she was right, as the couple clicked, became an item, and now would be wedded in a beautiful 2019 ceremony. #Franki2019 are prepping to walk down the aisle together and we can’t but not bring you all the details of their love story and proposal. Bride-to-be Nkiruka shared how they met when she revealed that: A family member of mine met him at a wedding. They got talking and she thought he’d be perfect for me. We started chatting a year later on Facebook and we remained friends for a very long time until we decided it was time to take it to the next level. On my birthday we went to see a movie, just before the movie started my picture appeared on the screen with Ed Sheeran’s perfect playing. The cinema hall went aww, but in the end, it was a “ happy birthday message”.  The next day I had dinner with my friends,  at the end of the night, he proposed after he made us watch a video on his laptop.