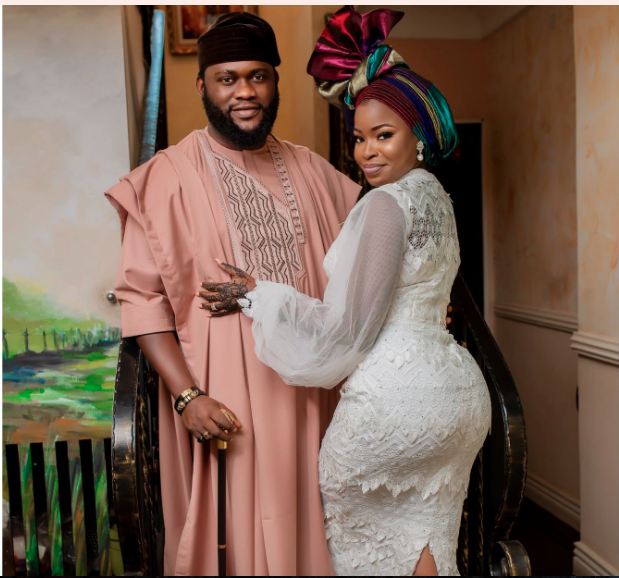 Laila and Kazeem met at a friend’s wedding after they were introduced by a mutual friend, well guess who is ready to put a ring on it? Kazeem of course! Laila noticed his cute beards, yeah, we understand, and he could not resist her beauty. This couple dated, went through a break up and still came back stronger and now forever beckons. Laila and Kazeem’s pre-wedding photos taken by KLALA photography are just so cute, we can’t get enough of it. Read on their love story below…

Kazeem and I were guests at a wedding. I was with my friend who happens to be Kazeem’s childhood friend when he walked up to us with this beautiful beards to exchange pleasantries. In my mind I kept thinking “who is this fine guy” but as a shy girl, I only said hello and looked away while he kept chatting with our mutual friend.

Kazeem kept looking at me with a big smile on his face (I can still remember that big smile like it was yesterday). I got shy because I knew they were talking about me. After disturbing her friend, he got my number and I received a message saying “Hello, my name is Biodun and I got your number from your friend”. But as a correct girl, I was still forming at that time even though I was totally crushing on him.

We became friends that chatted every day and then the story changed. After a few months of dating, things didn’t work out as they both hoped and sadly we broke up. He found his way back to me a few months later, well the saying what “would be, would be” played out and we became friends again and I invited him to my Mum’s birthday. He came and told my Mum he was back for good.