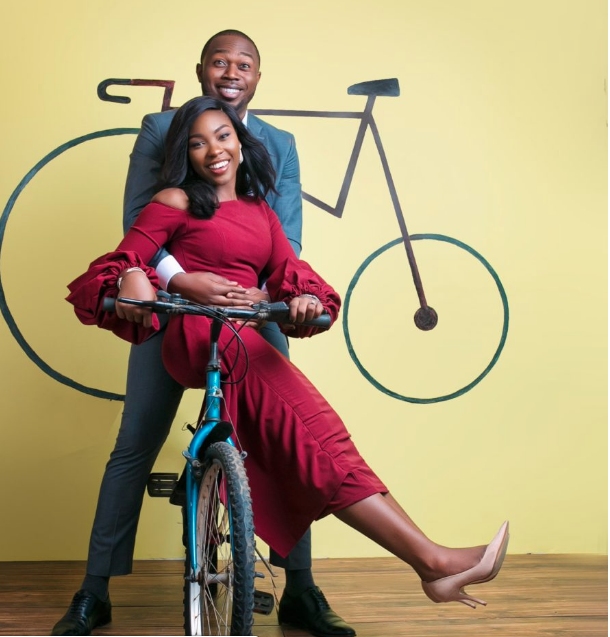 Their sweet wedding is about to take off and Eyimofe and Oluwakunbi are packing up the love glow. After having a chance meeting at training school and becoming buddies, the couple knew their connection is stronger than that of friendship. Beautiful exploring what they had, the sweet couple is rightly on their way to forever. Eyimofe shared their amazing love story when she said:

“Initially, we would try to keep tabs on each other to ensure we were studying enough considering we had exams on the Saturday of each week. We, however, knew that the connection we shared was beyond ‘academic’ or simply being ‘just friends’. On my birthday that year (March 7th, 2016) which was in training school, I received a call from a dispatch rider who said I had a package to receive and sign for. On getting downstairs, it was a red velvet cake which is my favourite but the rider refused to tell me who the sender of the cake was. I had to threaten him that I wouldn’t collect the cake before he finally muttered ‘It is from Babatide’. Funbi’s names are Oluwafunbi Babatide but at the time, he assumed I only knew his first name which is Oluwafunbi. 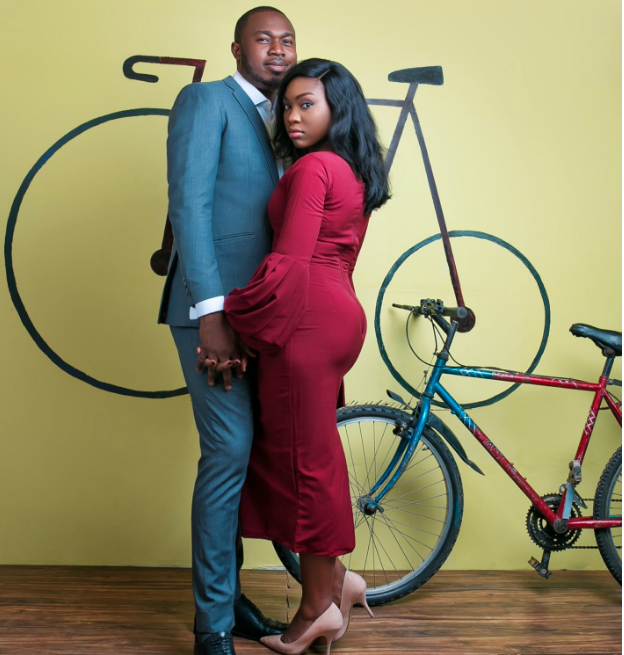 He had placed the cake order through his cousin ‘Sis Tope’. Unknowing to him, the same way he had paid attention to our random conversations and held on to the information about my favourite cake was the same way I also made sure to hold dear his other names in those random conversations.At the end of our Trainee Program, we were both deployed to locations within the same vicinity. While Oluwafunbi was deployed to the Head office, I was deployed to the annex which is about 2.9km from each other. He made sure to visit me after work every day which brought us closer to each other.

Our friendship continued to grow and blossom, and we officially started dating on the 7th of September, 2016. In January 2018, my team was moved to the Head office which made us work in the same building with him. Honestly, this made our relationship easier and stronger as we would “unintentionally” bump into each other, sometimes have lunch together and eventually made it a routine to leave the office together after work. Funbi and I always say that asides all the knowledge acquired during our almost 6-months of training which eventually led to our jobs today, we got something bigger and everlasting. I would blatantly say that I found the absolute love of my life and husband in whom I am well-pleased which I would never trade for anything in the world (Lol, clichè I know) and the rest they say is history!