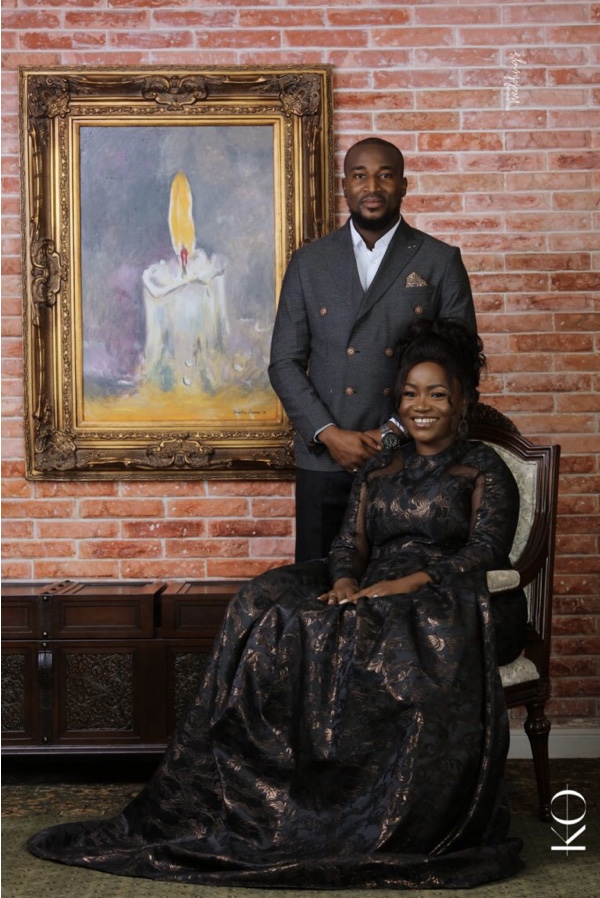 If the door’s locked, ring the doorbell, if no one is answering, knock, still no answer, then get a chainsaw and get to work, we are breaking down those walls. Ifeoluwa broke the walls and Anita had no choice but to fall for his determination to have her all to himself. He asked her out for a whold year till she finally accepted, guess his stubborn streak paid off as the project #meetthecroods19 wedding ceremony is about to kick off. Read their love story below…

Ife and I met in university but we were just acquaintances as he’s my elder sister’s friend. He’s a great swimmer so he was taking my sister swimming lessons so I followed her. I also learnt a bit because that was my first time diving into a 13 feet pool. I enjoyed the day but that was pretty much it.

Fast forward to after school, We met again at a friend’s Dads birthday and exchanged pleasantries. Unknown to me, he asked my sister for permission to ask me out LOL. She told him I was a busy bee with work and all so if he’s patient enough, He should give it a shot and gave him her blessings

I didn’t believe that he liked me at all! He kept insisting that my sister told all her friends to stay away from me in school and only just gave him permission 😂. Ifeoluwa asked me out for a whole YEAR before I accepted on September 2nd, 2013. Throughout that time, he was my closest friend, always listened to my rants, problems without judging me, always gave me good advise and was my number one supporter.

For the proposal Anita recalled that…We were in Denia, Spain for a friend’s wedding and it was our first vacation together. I was totally enjoying every minute of it not knowing that everyone else around me knew what was going on and my life was about to change.

After the wedding, we left for Valencia to enjoy the remaining days of our holiday. We went touring the city on a hop on-hop off the bus but randomly got off at the Oceanography Centre. We watched some hemispheric movie but I fell asleep halfway through 😂.

We then went to his favorite part of the centre, the aquarium and I was busy taking pictures that I wasn’t really listening to most of what he was saying. All I remember to be honest was he was asking another guest to do something and I looked back and Mr. Ifeoluwa had dropped on one knee. I wasn’t sure if I should scream, cry, laugh, jump, hug him, etc. I WAS A MESS. It’s been an amazing 5 years with him and I can’t wait to walk down the aisle as his wife!