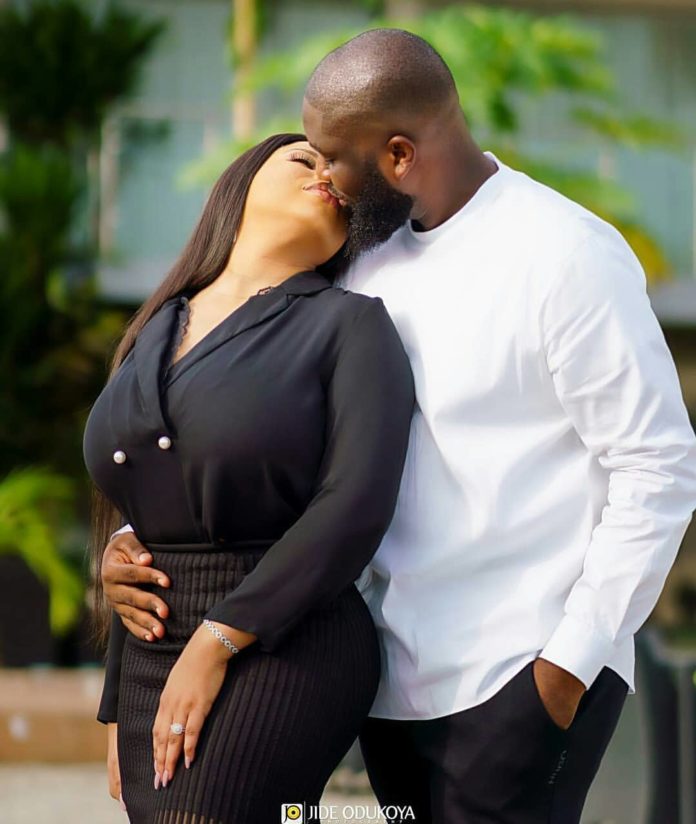 What’s with love birds and meeting at another love bird’s union? Kemi and Babajide met at one owanbe and since then, their relationship has been a fun party, with love right at the center. Now they are ready to walk down to forever together, who knows, maybe another love birds would meet themselves there at the #TheKJunion’s day. Their love story as told by Kemi is one sweet one that would leave you blushing at the entirety. Read below…

I always rolled my eyes when I heard people talk about love. Not that love does not exist, I just always thought they were exaggerating. It turns out they were not. We met at a wedding and he kept asking for my number, I wasn’t sure if I wanted to give him, but I did and he didn’t call. Not until a year later, anyway. Our first phone conversation lasted 2 hours! From then, we got along like a house on fire. It was an instant connection.

We began a friendship that was strongly rooted in love, laughter, and accountability, and that became the bedrock of our relationship, and now the family we are starting together. The way we feel about each other blows me away when I think about it. Babajide is the most dedicated, consistent and attentive lover. He makes my happiness his priority and I know that I can always rest easy in his arms.

He makes me feel safe, loved and valued, and after all these time, through all the many changes life has brought us in the time we have been together, his devotion has never dimmed. Love is a doing word and every day he shows me that his words are not just words.