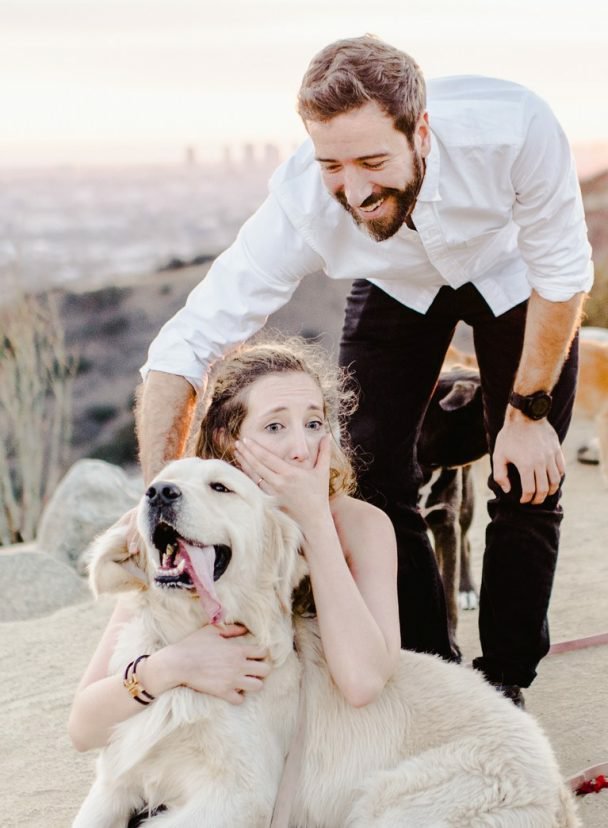 Maurice Goldstein recently took wedding proposal to another level as he asked his girlfriend, Laura Stampler to marry him with 16 dogs in tow. According to the bride-to-be, Maurice asked her to take a quick impromptu hike with him up Runyon Canyon, but as they reached the top, she was surprised with trails of rose petals. She said that: “It wasn’t until I saw the rose petals that I knew it was more. Like, a lot more.” And as soon as the beautiful bride to be said yes, 16 dogs suddenly appeared to mark the moment with them. See photos from the proposal below: