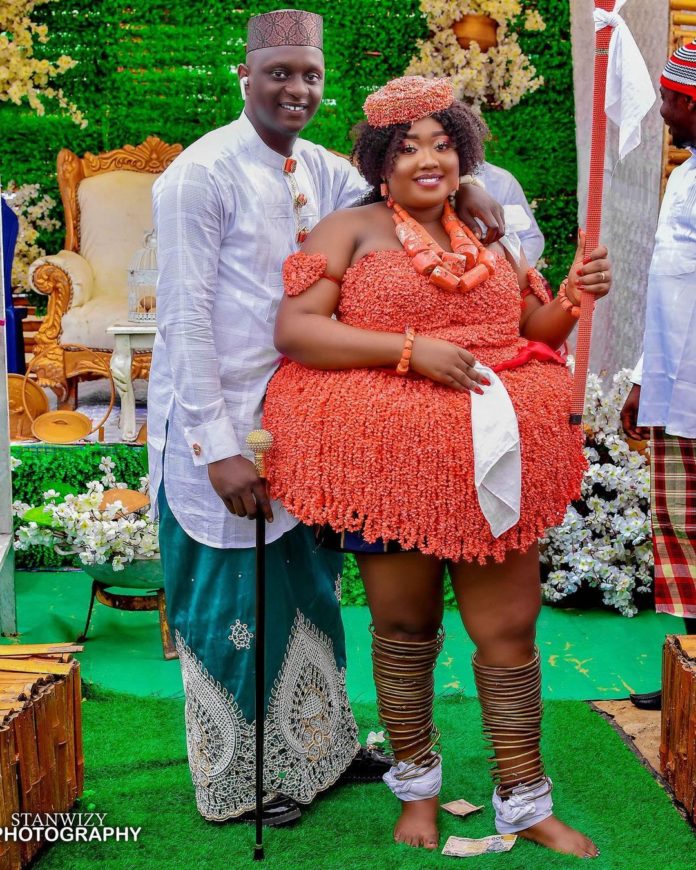 We do love to see a rich cultural heritage come out in full display and Rivers state is one place with diverse tribes, traditions, and cultures. This Rivers bride is not backing down, as she stepped out rocking eight different outfits for her traditional wedding to her prince charming. 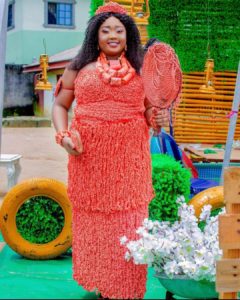 For her first traditional wedding attire, the bride was seen rocking a beaded outfit from the beaded cap to the beaded wrapper and fan, every single thing on her body was beaded. And let us not forget about the beautiful heavy coral beads worn around her neck. She also dressed up in a colourful wrapper with beads around her waist, wrists, ankles, and on her hair. 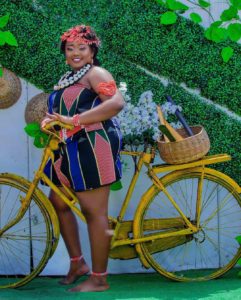 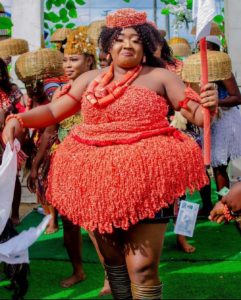 The bride also changed into another fully beaded attire but shorter than the first one, she was seen holding a beaded walking stick with a handkerchief wrapped around it. On her legs, she wore ankle rings which were up to her kneel. This traditional wedding outfit is majorly worn when the bride comes out to dance and greet her audience. The rings around her legs make pleasant sounds when the bride dances. 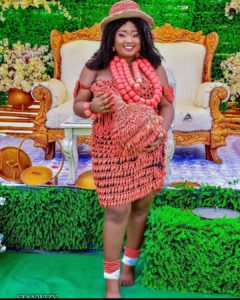 She didn’t stop there, she changed into another outfit which looked a lot like a beaded outfit but it is actually a red wrapper that she wrapped around from her chest to her kneel. She finished off this look with the red coral beads around her neck, a beaded cap, she wore some beads on her ankles and tied handkerchiefs on both legs while holding on to a palm wine jar. 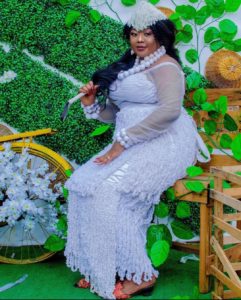 She also stepped out in an all-white outfit, wearing white coral beads, a white beaded cap, and held on to a horsetail. Another glamorous look the bride wore was a black velvet blouse and wrapper with glass beads around her neck and cap while holding onto a sliver purse and horsetail. 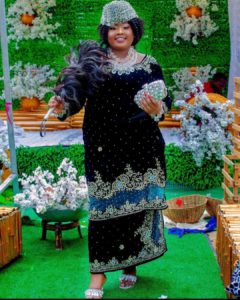 The beautiful bride is also stunned in a beautiful, colourful Indian wrapper, and gold beaded tube on her chest. She threw on a gold coral bead on her neck and gold beaded cap to match, she also wore beads and handkerchiefs around her ankles. To wrap up she dressed up as a Muslim bride in a colourful outfit and a sari used to cover her hair. 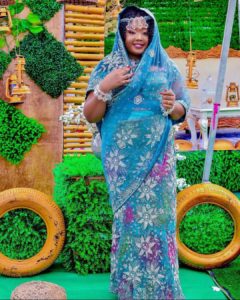