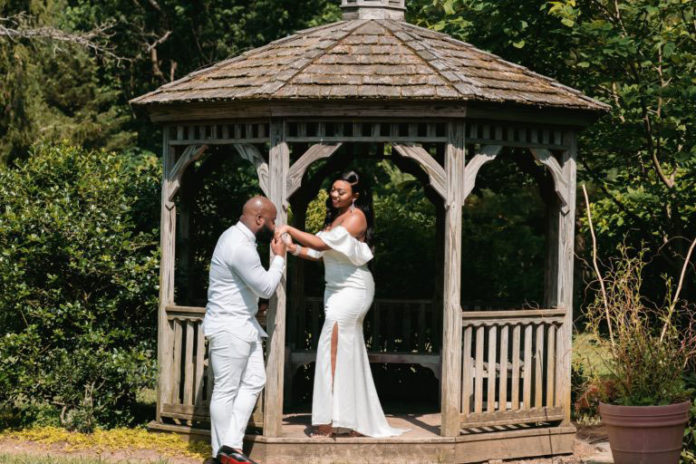 If you’re an ardent follower of our content, by now, you already know, we love love stories. They get us all up in our feelings, leave us tingly and teary-eyed, but then what’s life, without a few tears of joy and happiness? Chibuzo and Noble’s #ANoBuLoveStory have us like that.

Let’s not eat off all the icing on this perfect cake. We’ll let you read and decide for yourself on a scale of 1-10, how beautiful this story is.

Here’s how they met:

“It’s a funny long story that I’ll try to make brief haha. So I went to college in DC and subsequently made many of my lifelong friendships in the area – because of this, I would always find myself making frequent 2.5-hour drives back and forth between NJ and MD for one function or another. On one day in September of 2016, I found myself making that drive again, but this time it was for my friend’s 25th birthday party. The gathering was really small and intimate with only about 9 people present. One of the guests at the party happened to remember that one of his friends actually lived in the same apartment complex that the party was being held at. He decided to text his friend letting him know about the gathering and little did I know, in walked my future husband.

“He came in, sat down, and introduced himself. When he said his name, “Noble,” I remember saying, “Noble Okeke?” He got really excited, and was like “Yea,” with a big smile on his face lol – I think he thought I might’ve known him from somewhere or maybe that we had a mutual friend. My next response was, “I think you follow me on Instagram.” Hahahaha. His face immediately changed to an awkward expression lol and he responded, “Yea, I follow everyone on Instagram.” I felt bad for making him feel awkward in front of everyone so I kind of just kept quiet after that lol. Believe it or not, we actually didn’t talk for the remainder of the party and I only found out later that he wanted to talk to me so badly, but the party actually didn’t end that pleasantly so there wasn’t really room for that.

“Afterwards he tried and tried to figure out how to get my phone number so that he could get in touch with me. I asked him later, “Why didn’t you just ask your friend to ask my friends?” lol. He said he wanted to contact me on his own. So that leads to the next part of the story. Remember earlier I said that he already followed me on Instagram. So Noble contacts me via Instagram around November 2016 and asks me if I’ll be in town for Thanksgiving. I thought that was so weird, so I didn’t even respond lol. I thought to myself, “why would you think I would be in town? I live in NJ.” Hahaha. Anyways, he proceeded to try and make small talk with me from time to time, and sometimes I would respond, other times not (horrible of me lol). Then one day, he took the time to pour out his heart in one message to me that really caught my attention, though I was still being difficult.

“Little did I know, he already decided that this would be his last attempt to try with me lol. Anyway, one line in the message really stood out to me – “I just want to be in your space without getting in your way.” I thought that was so poetic lol. Anyway, I finally decided to give him my number and here we are today lol.”