Billi Mucklow and Andy Carroll have finally tied the knot after the footballer was involved in raucous antics in Dubai. The newly-weds got hitched at 3pm on Sunday afternoon in the lavish Hampshire Four Seasons Hotel – just days after Andy was pictured lying in a bed next to a girl on his stag do.

However after reports the pair’s wedding was on the rocks, they finally said ‘I do’. 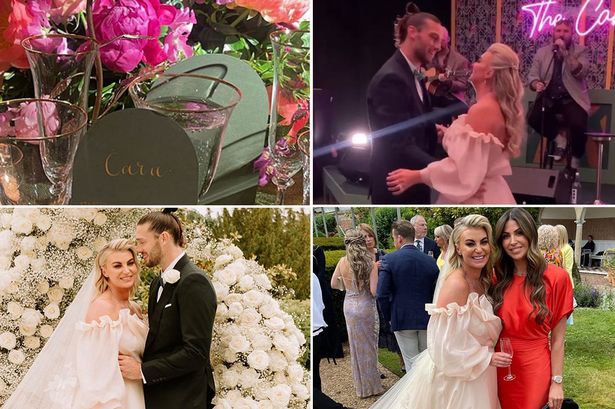 Billi made her way down the aisle with guests hiding her dress from view – using umbrellas to shield her gown. 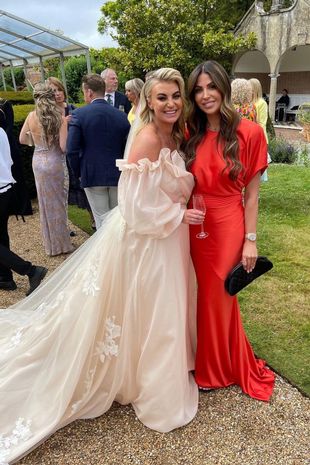 Billi looked outstanding in a gown which had ruffled flared sleeves, with a long matching veil.

The blushing bride held a bouquet of flowers in her hand, as she kissed her new husband. Andy looked suave in a black suit, as the pair exchanged vows in front of guests. 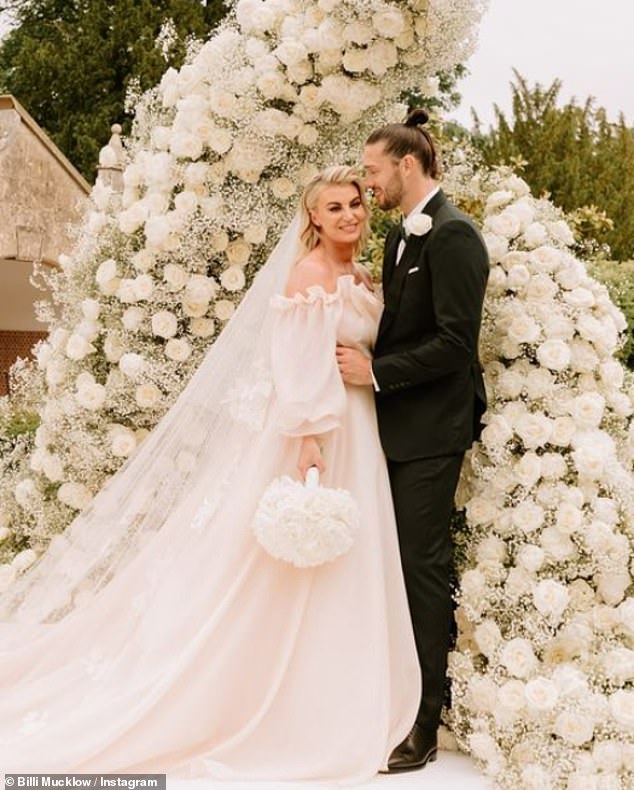 Taylor and another woman ended up in the footballer’s bed after he invited her and two pals back to his hotel room for an afterparty.

Andy reportedly splashed out over £30,000 on booze before inviting the blonde back to his hotel room where he passed out with ripped boxers.

Photos from the night were shared on Snapchat, with snaps of Andy looking worse for wear and one of Taylor wearing his personalised dressing gown.

The bar manager claims nothing happened before she slipped into a bathrobe and his bed. 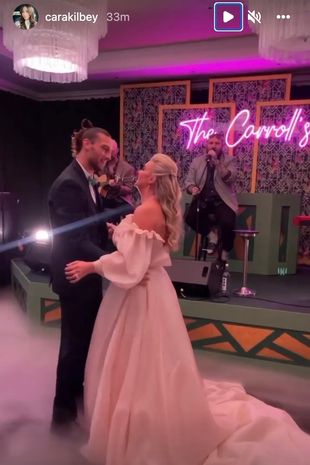