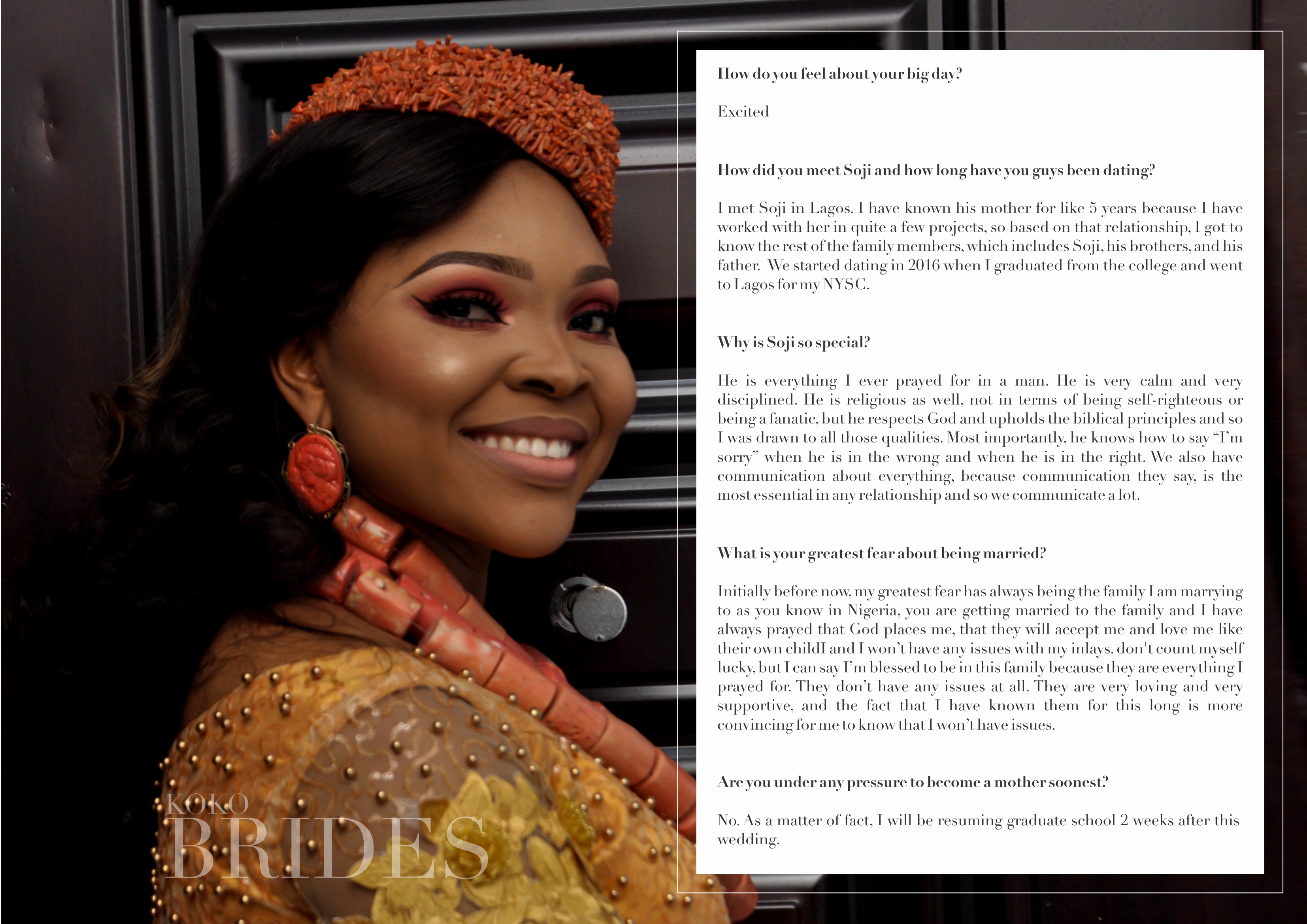 Mental health advocate and stunning wife of Olusoji Jacobs, Blessing Boma, is our cover star for the first edition of KOKO Brides Magazine. 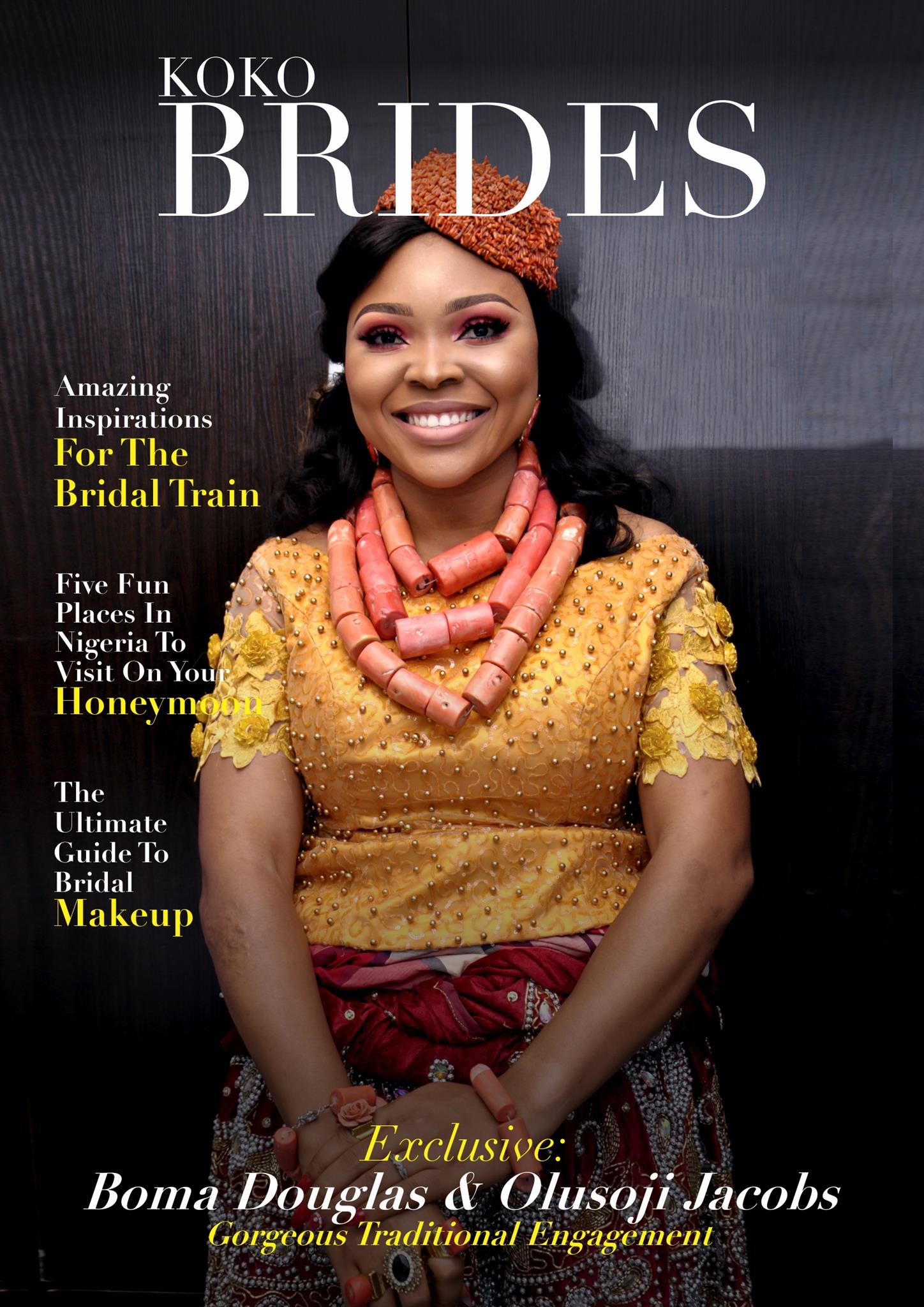 The stunning International and Comparative Politics graduate of the American University of Nigeria tied the knot with her man Olusoji Jacobs, son of veteran Nollywood acts Olu Jacobs and Joke Silva in a rich Kalabari wedding which took place at the Boma’s village in Buguma, Rivers state.

The blushing bride was dressed in her native attire as she was styled by three different celebrity stylist Lavish stylist and her makeup done by Jojo’s Touch. Blessing in her interview with the magazine opened up on her and Soji’s love story. From how they met to how they ended up being a married couple alongside their plans for the future. 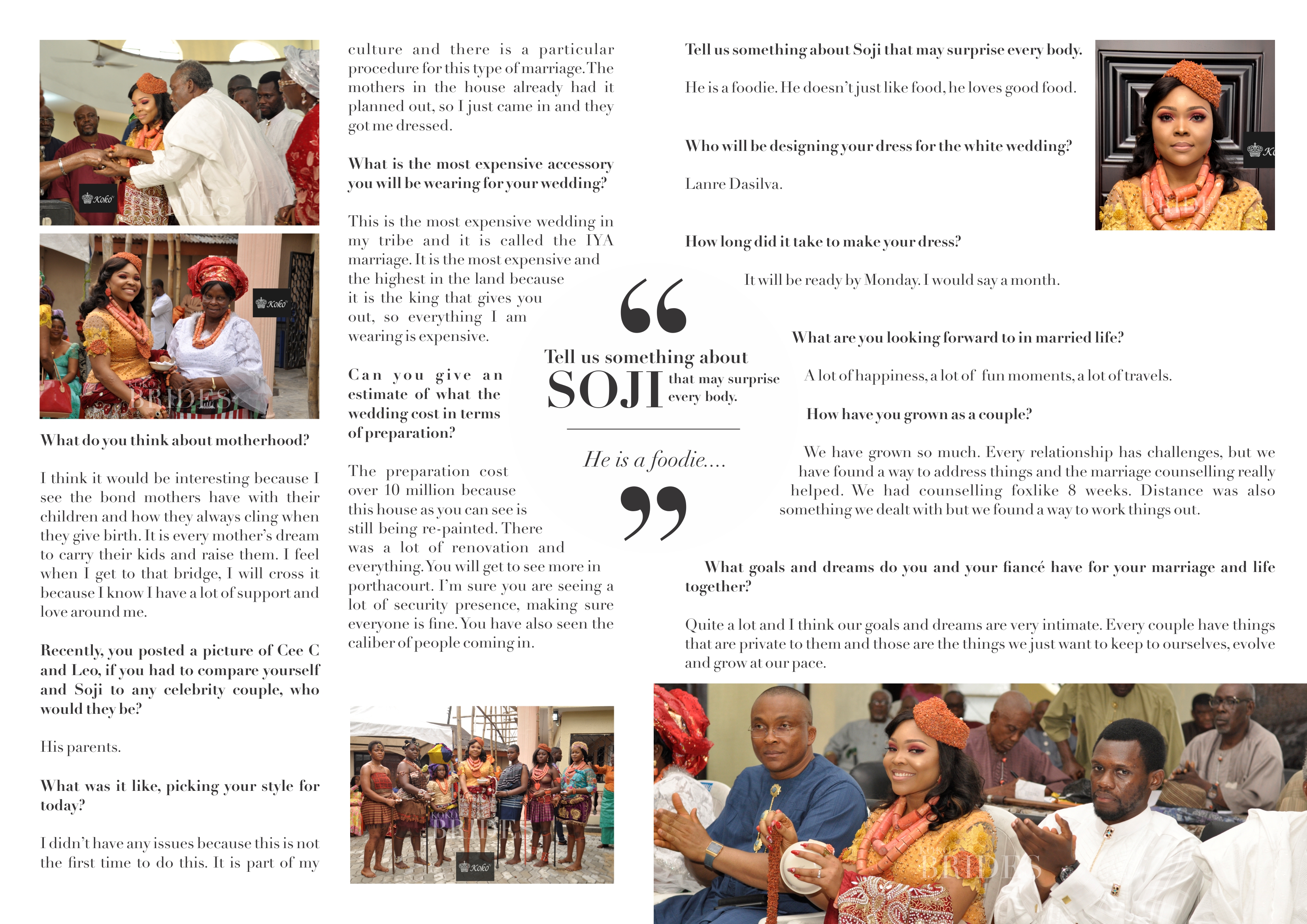 On just how much her very expensive ‘Iya’ wedding cost, Boma said; The preparation cost over 10 million because this house as you can see is still being re-painted. There was a lot of renovation and everything. You will get to see more in Port Harcourt. I’m sure you are seeing a lot of security presence, making sure everyone is fine. You have also seen the caliber of people coming in. 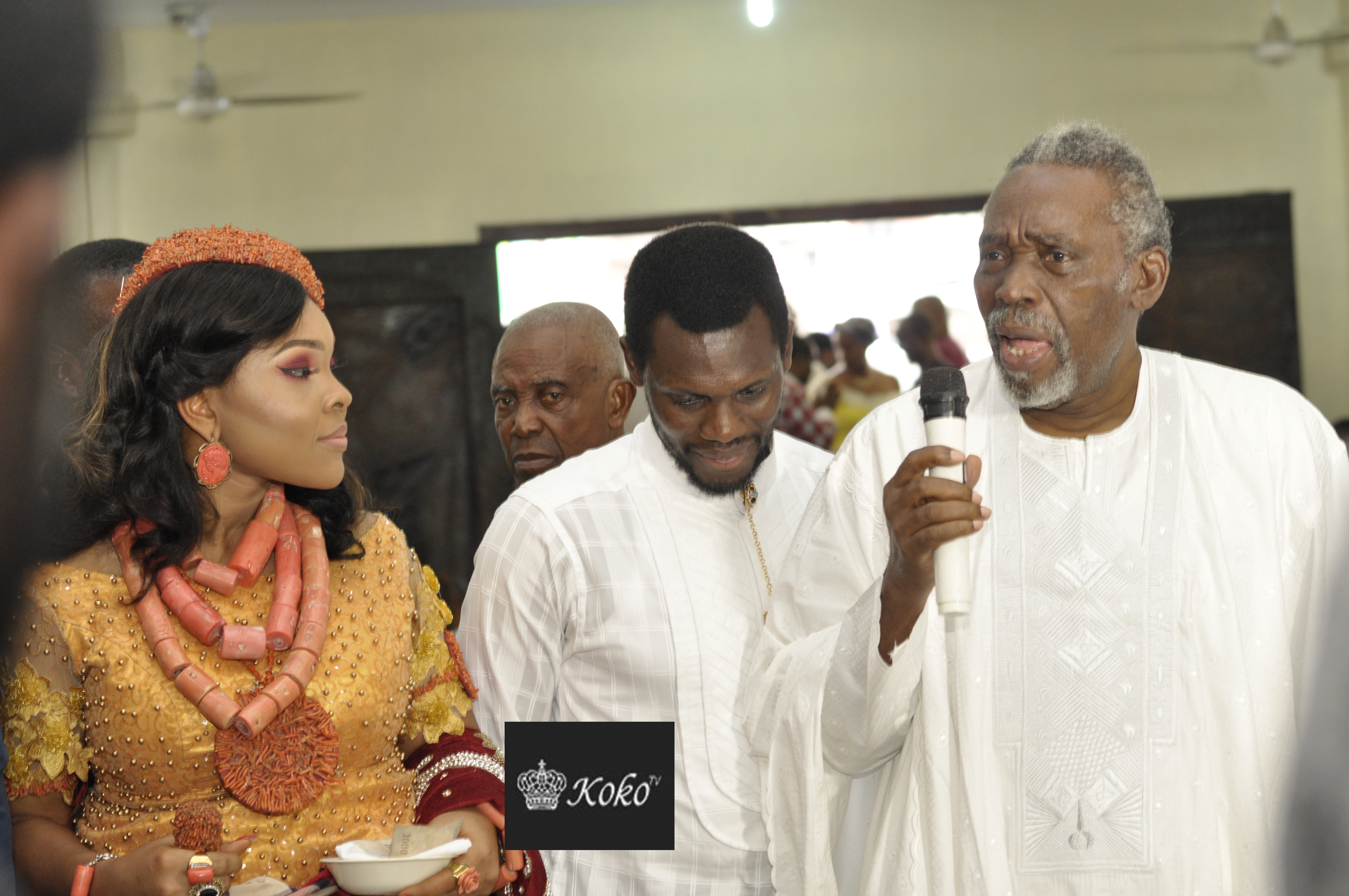 Read more of what she had to say in the magazine. 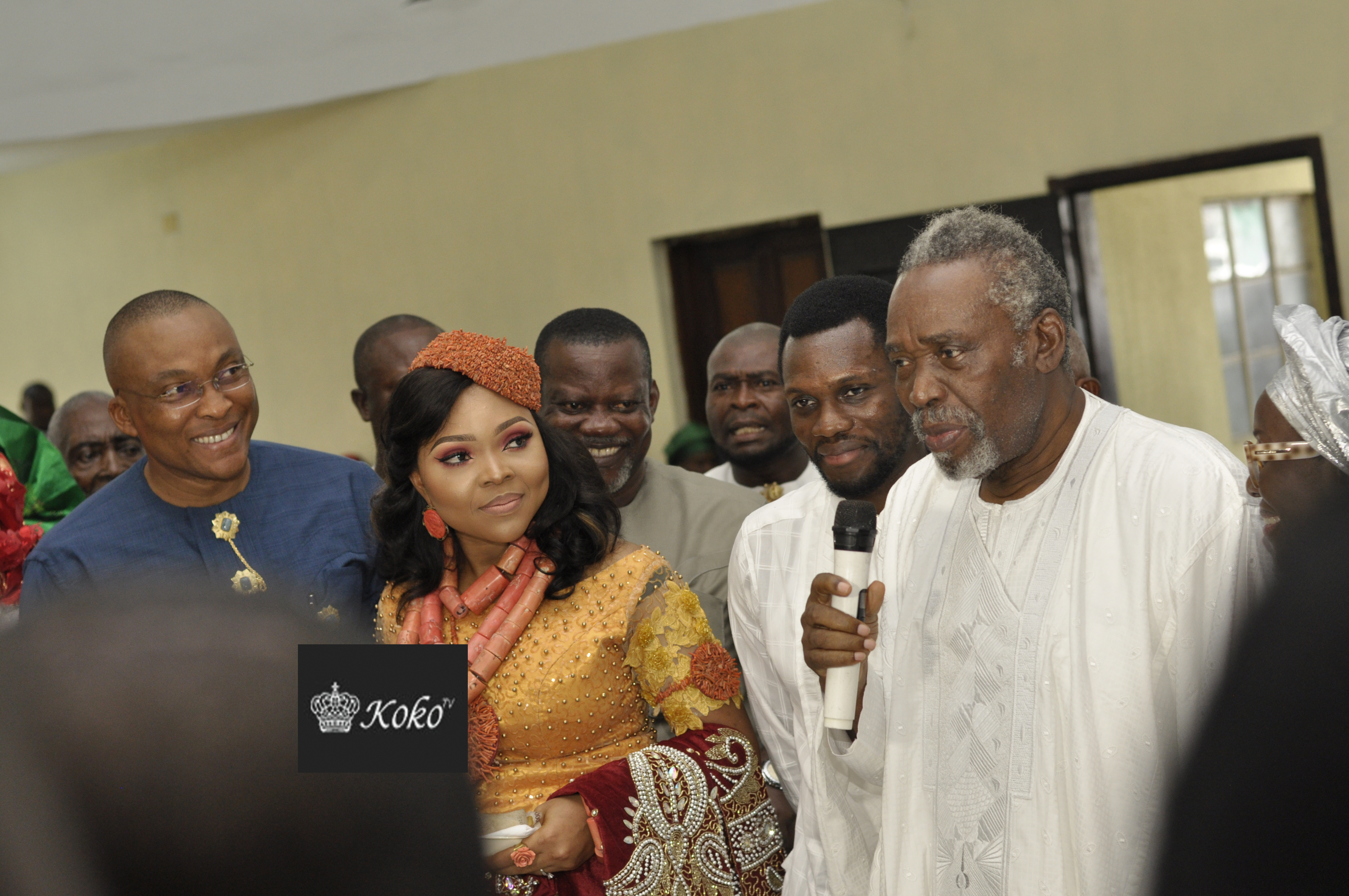