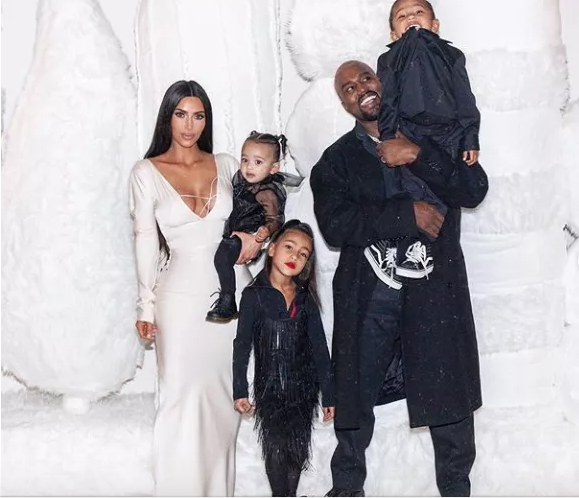 Reality star Kim Kardashian and rapper husband, Kanye West are reportedly set to welcome fourth child as their surrogate is pregnant with a baby boy. According to a report by US Weekly, the couple enlisted the help of the same surrogate who had their daughter, Chicago, 11 months ago. The website also claimed that Kim, 38, and Kanye, 41, had just one embryo left and it was a boy – who is due in May. Chicago was born via surrogate after Kim was advised against carrying a third child herself by doctors. Kim suffered from toxaemia – toxins in the blood from infection – and had two “very traumatic” labours with North and Saint. The Keeping Up With The Kardashian’s star later said it was the best decision she ever made. She said: “I think it was the best decision I ever made. I think it was such an amazing experience. I would recommend it for anyone.”