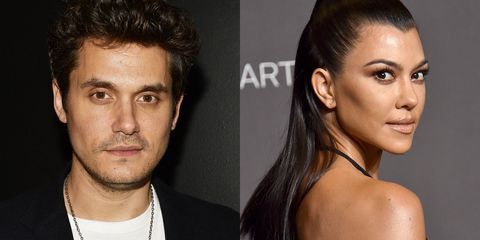 Having dated some of the biggest stars in the world, notorious kiss-and-tell bad boy, John Mayer has now penned Kourtney Kardashian as his next target. The was seen flirting with the reality Tv star at GQ’s Men of the Year party on Thursday and according to UsWeekly, it seems he was trying to work his way into the heart of the Tv star.

An insider also revealed that he is ‘crushing hard.’ Turns out his meeting her was not for the first time.  ‘ They have met once before, but it was brief,’ said a source.  But she might not feel the same way, it was added. ‘He’s not her type at all,’ said a pal.