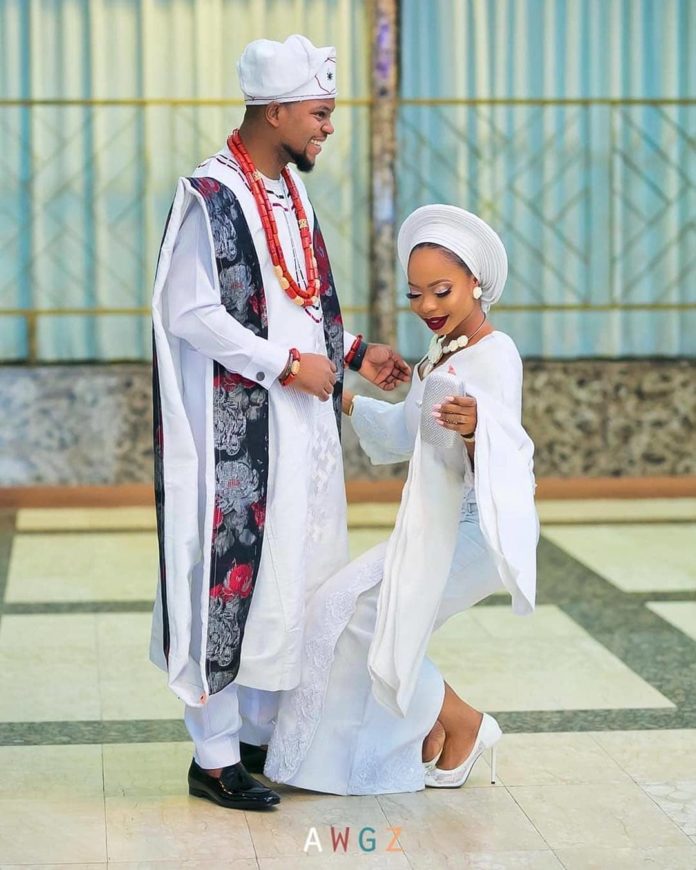 Oladapo and Oluwaseun are what you would typically call a match made in heaven. Despite the distance between the two people, love came, love fought and love conquered. They got introduced through a mutual friend and started talking over the phone for almost a month before they finally saw each other physically.

They were supposed to meet earlier before the day they finally met each other, however, Oluwaseun had to reschedule as she had other commitment to attend to. Our dashing groom, Oladapo had to wait for another three days before finally setting eyes on his beautiful queen. And on the day they met, angels sang beautiful songs, for Oladapo had finally found the one after his heart.

It, however, seems Oluwaseun didn’t hear the songs on that day as they soon afterward lost connections. Undeterred and lovestruck, Oladapo reached out to Oluwaseun as he was not willing to let her go so soon. Not long after they began dating, on the 12th of February 2018, our prince charming went on a knee and asked her to marry him, and of course, the stunning queen said Yesssssssss! Check out some of their ravishing pre-wedding pictures below.