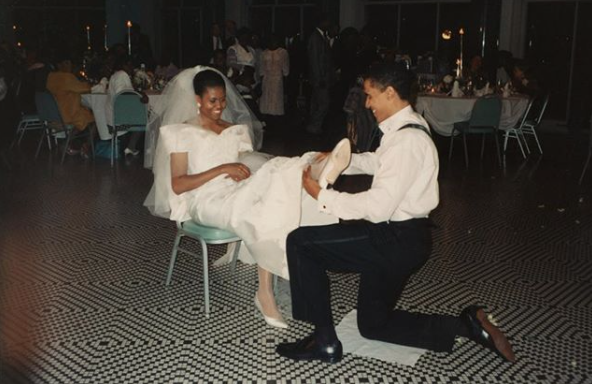 Former First Lady of the United States of America, Michelle LaVaughn Robinson Obama, has taken to her social media page to share a very romantic wedding photo of herself and her husband, Barack Obama, with a heartwarming caption. 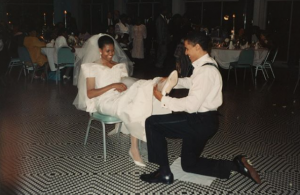 She wrote, “You can’t tell it from this photo, but Barack woke up on our wedding day in October, 1992 with a nasty head cold. Somehow, by the time I met him at the altar, it had miraculously disappeared and we ended up dancing almost all night. Twenty five years later, we’re still having fun, while also doing the hard work to build our partnership and support each other as individuals. I can’t imagine going on this wild ride with anybody else.” 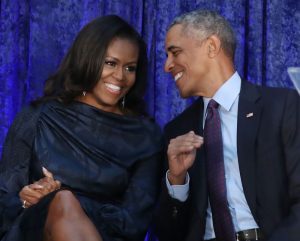