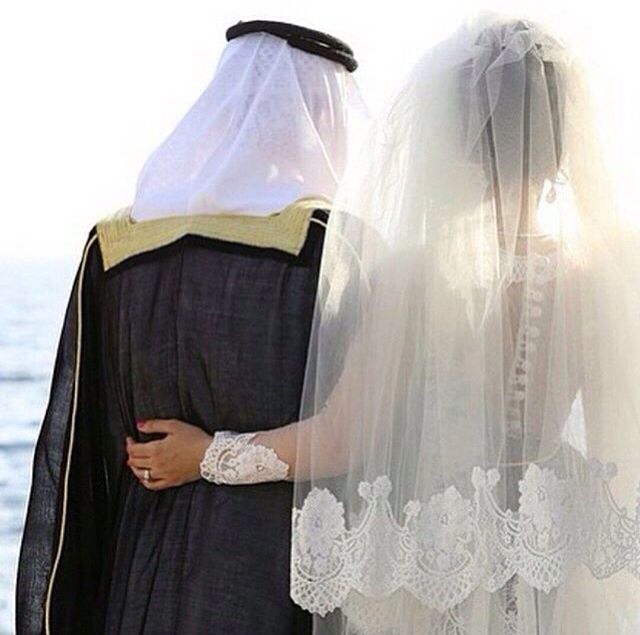 Saudi Arabia is the birthplace of Islam, and predominantly Muslims live there. They mostly go for a traditional wedding. Weddings include a luxury décor, super cars ,10-tier cakes and extravagant dresses. Weddings in Saudi Arabia lasts till late night from 10 pm to 5 am. 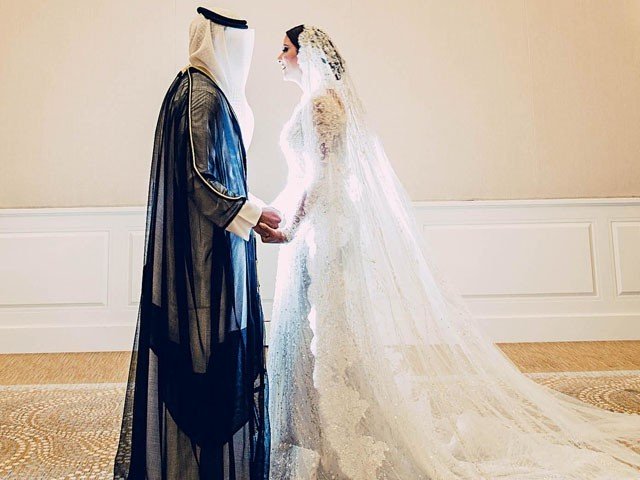 In Saudi Arabia, men and women have separate wedding celebrations in public venues because of the Saudi ruling. Mix weddings are seen rare because of their reserve cultural values. Men and women are not allowed to mix together.

The Proposal: The groom to be family will seek the bride when he is ready to get married after being recommended by his female relatives, often by the grooms sister or mother. The groom will speak to the bride’s father, uncle or her brother for her hand in marriage. If and when they agree, the families read the Surat Al-Fatiha, the first chapter of the Quran. Following the proposal the bride is asked to unveil for her future husband. The amount of the dowry is then negotiated between the groom and father of the bride. The dowry is based on the financial status of the groom and it is paid in cash. 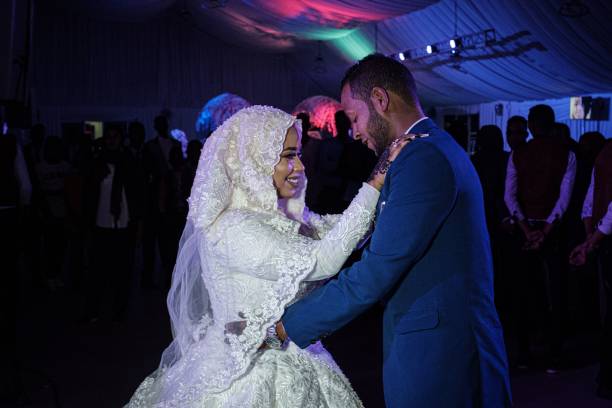 The marriage contract is the official marriage ceremony. The contract is signed by the father or the bride and groom and witnessed by many. This is held at the bride or the groom’s house. It can also be held at the mosque. The Iman (leader of the ceremony) then gives a speech at the ceremony about how the couple should both love and respect each other and also tells them about the religious views about marriage. 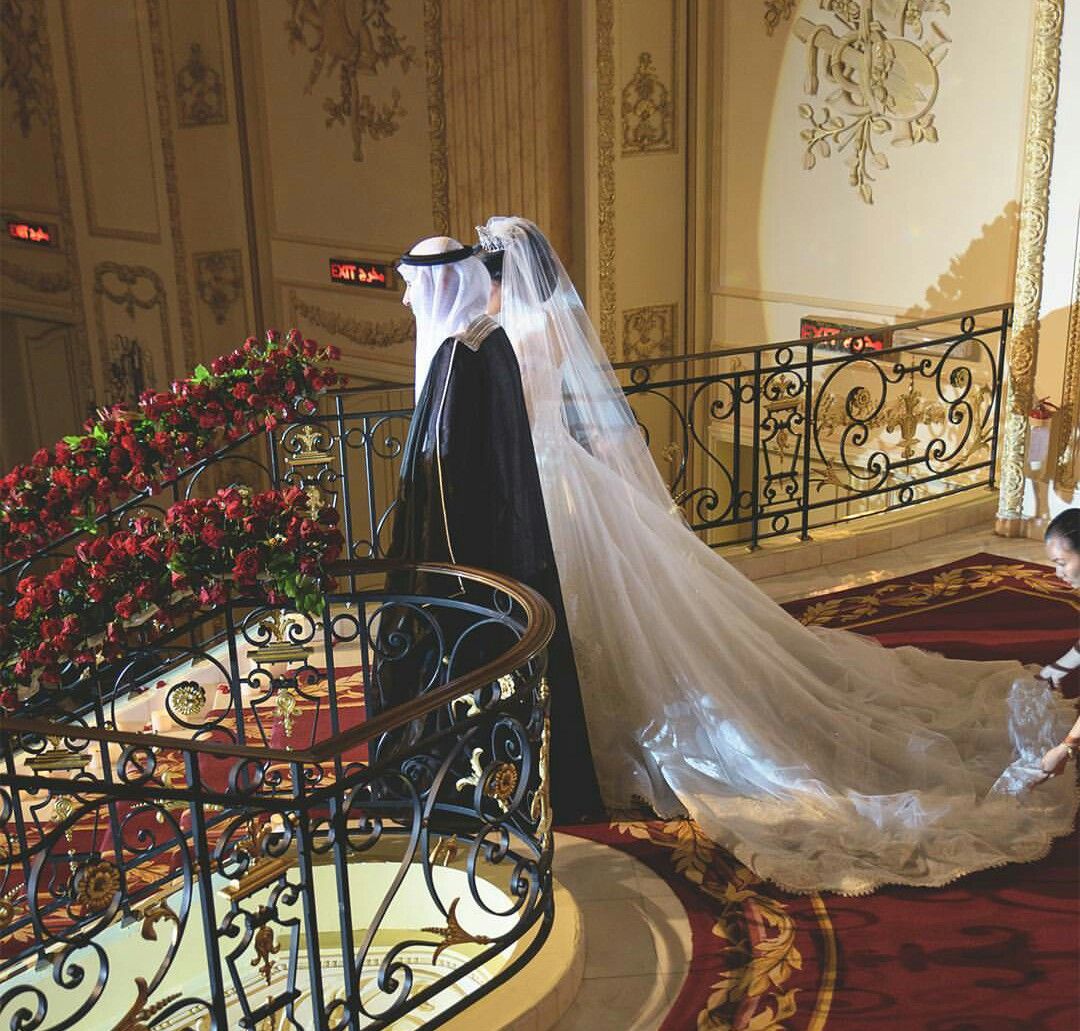 Wedding Attire: The bride wears “itthyab,” a traditional sophisticated stitched gown. The groom wears a traditional thobe and hata which is a head covering. 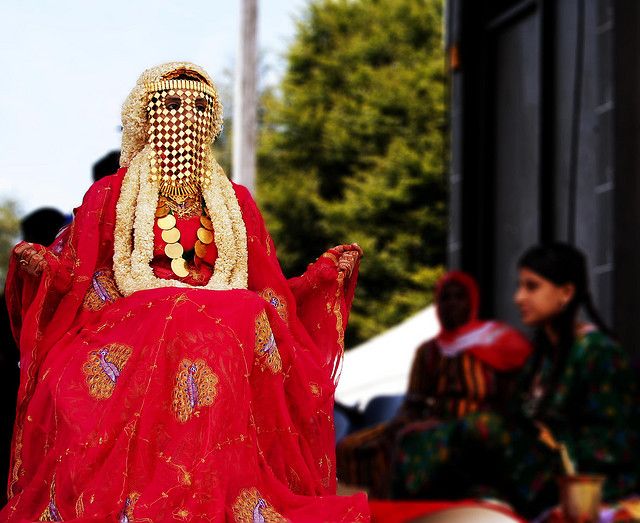 Ceremony: Saudis often come from rich families and because of this, they have extravagant weddings. It is often over the top with luxury décor. They also have gorgeous floral designs hanging from the ceiling with stunning glossy flooring. 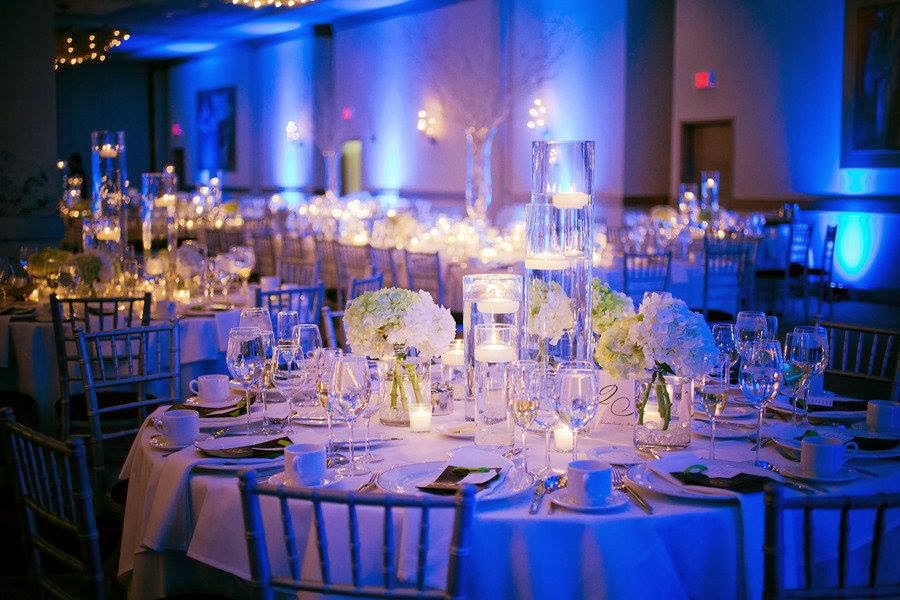 Celebrations: Before the wedding there is a traditional henna party for the bride and all the females. This event is before the wedding where females wear henna, eat food, dance and play music which is played by female musicians. Hand and feet are decorated with henna. 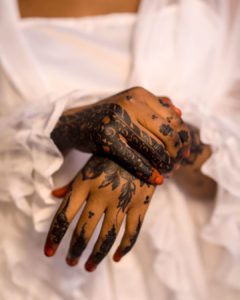 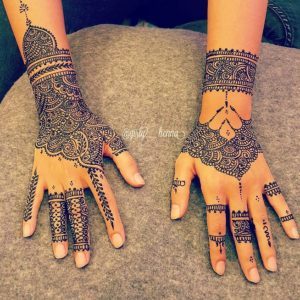 The wedding day is celebrated separately in two different events by the bride and groom. The grooms event will have traditional sword dances which is called ardah, and drumming. This has the male guests entertained till they join the bride’s party. The women cover themselves and wear veils when the male guests join. Groom then takes part in cutting the wedding cake, takes pictures with his wife and then leaves back to his own event. 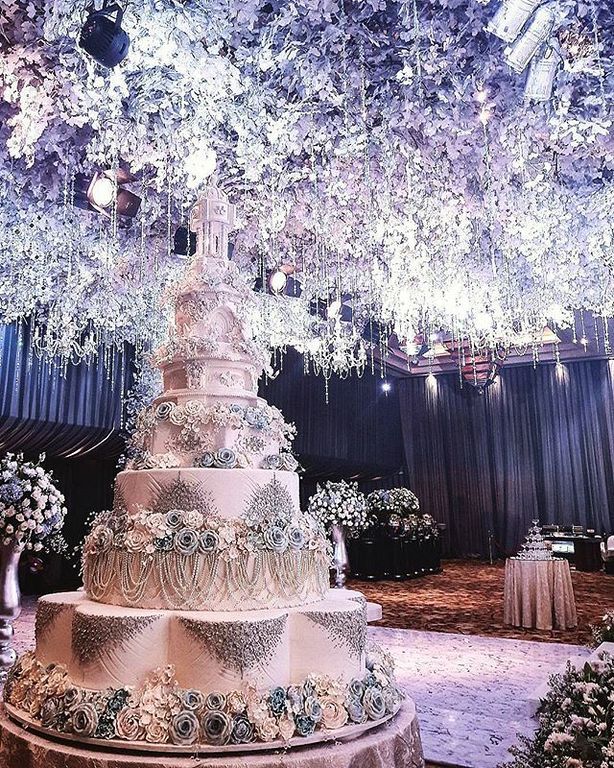 Food include Kabsa which made of rice, vegetables, and meat. Roasted Lamb or baby Camel which is a traditional Saudi dish. Buttermilk is also a popular beverage. 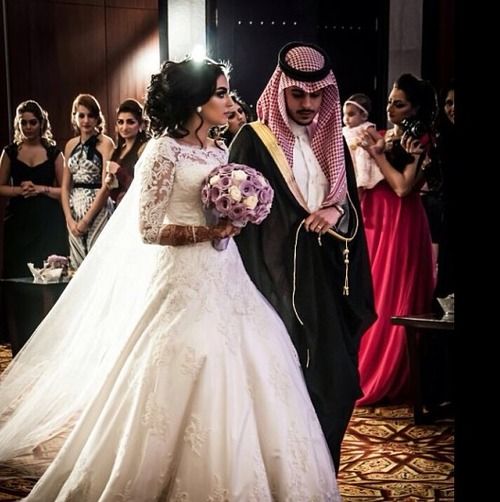