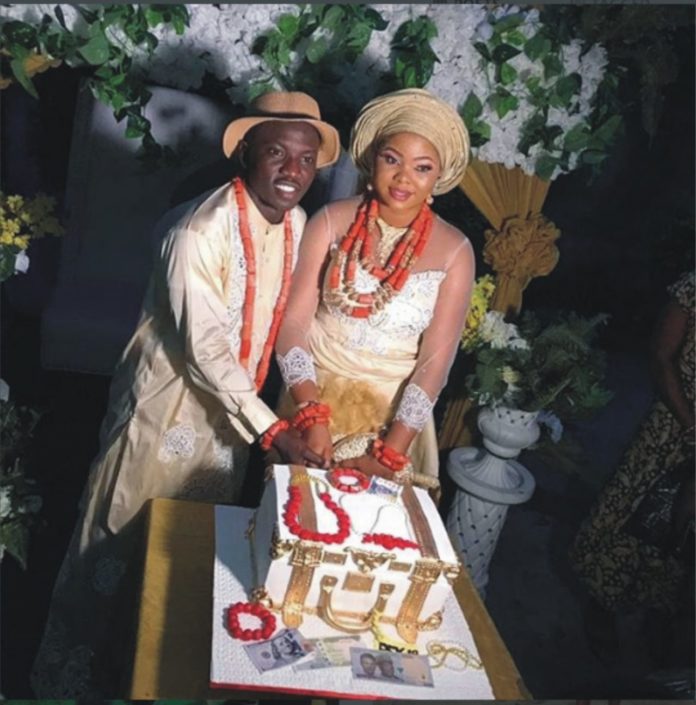 Nigerian footballer Oghenekaro Etebo has wedded his lovely spouse, Ebhota Bethel in a quiet traditional wedding ceremony in Warri, Delta State. While he spoke about his beautiful bride in an interview, he noted that the reason he married Bethel is that she’s been there for him and she’s the mother of his son.

“We barely had time to do this and I felt it was necessary to get the marital rites done with before the year ends,” Etebo said. The event had in attendance  Etebo’s nuclear family and friends who went to the bride’s family house in Warri.

Oghenekaro Peter Etebo is a Nigerian footballer who plays as a midfielder for Championship club Stoke City and the Nigerian national team. Etebo started out at Warri Wolves where he spent three years before moving into European football with Portuguese side Feirense.