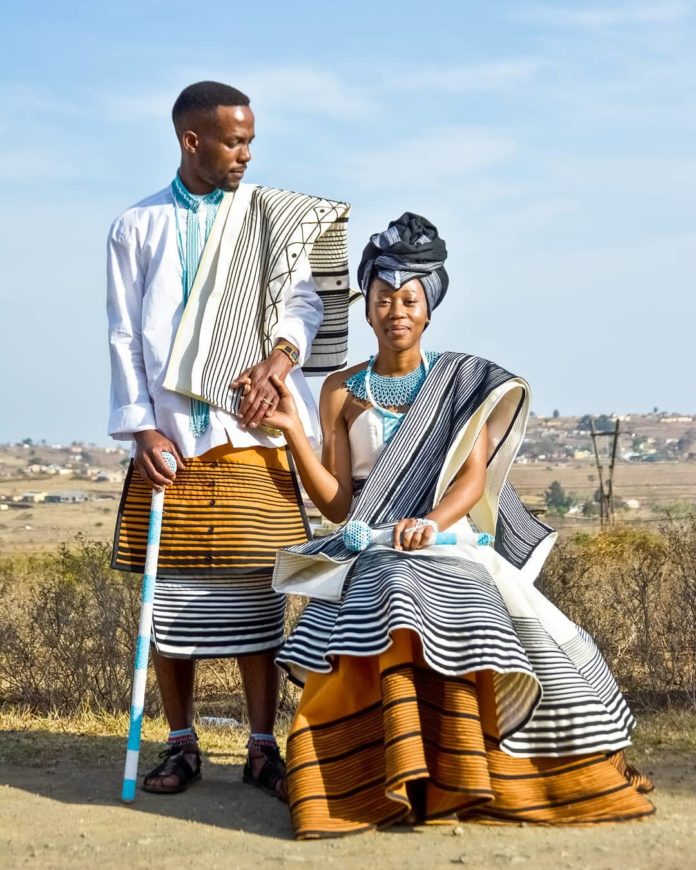 Planning and celebrating weddings differ across cultures and religions in South Africa, with many unique traditions the country has to offer. 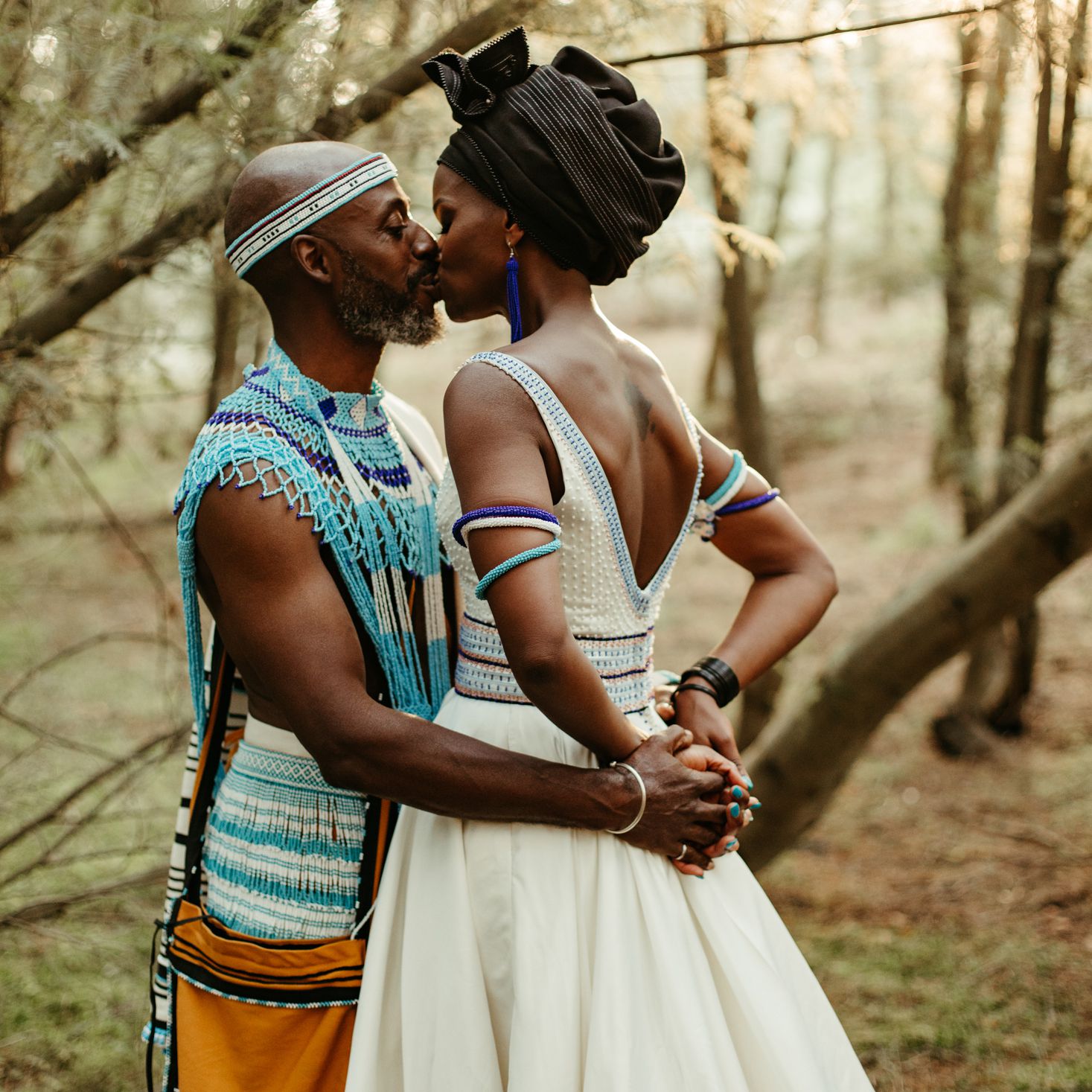 Here we probe into a beautiful traditional Xhosa wedding and will get you to well know their engagement process.

The Xhosa ethnic group is the second-largest cultural group in South Africa and their weddings are a huge celebration. A traditional Xhosha engagement has three different stages on three different days. 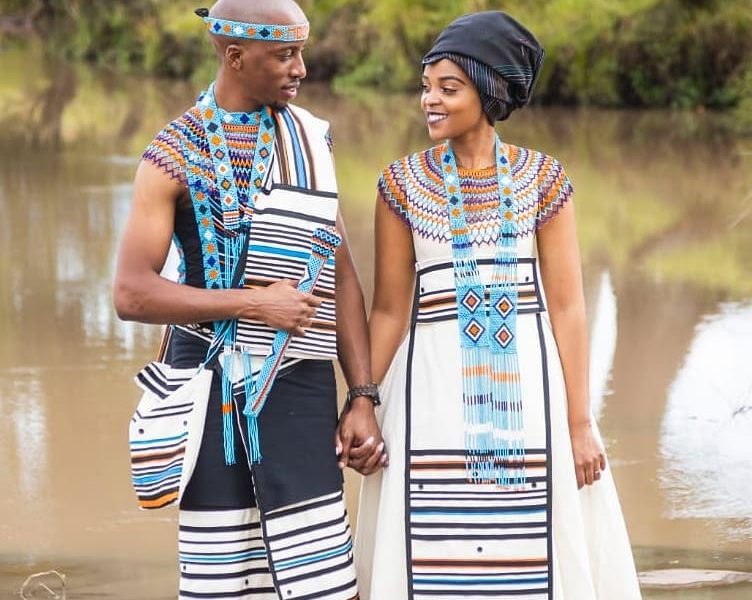 Ukuthwala (choosing the bride): The practice of ukuthwala goes back in decades which involves in the ‘abduction’ of a young female by a man who is interested in marrying her and often ‘forcing her’.

This is sometimes with the consent of her parents. He informs his family and they visit the family of the bride he desires to discuss their wishes and both the families reach an agreement. Upon agreement the bride-to-be is taken by the groom’s family and is to spend the night with them. This is a traditional method of marking the intention to marry the bride.

Lobola (dowry): Lobola is the dowry of the bride. Often family requests about 6 cows or however much they desire. But families nowadays ask to be paid in cash.

The price is however based on the bride’s academic achievements and success. The price is usually higher if she’s very educated and fairly lower if she isn’t educated. The lobola is then finalised after an agreement. The families call for a small traditional celebration to take place before the wedding. Animals are slaughtered as a offering to the ancestors, allowing them to bless the wedding that’s to come.

Just like most weddings, the bride and the groom won’t be able to see each other before the wedding.

The wedding lasts for two days. The wedding includes lots of dancing, singing and drinking of traditional beer (umqombothi). 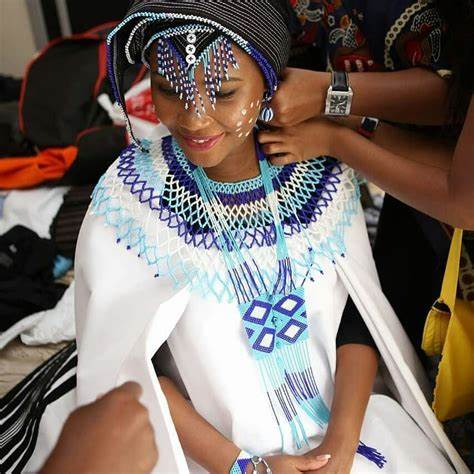 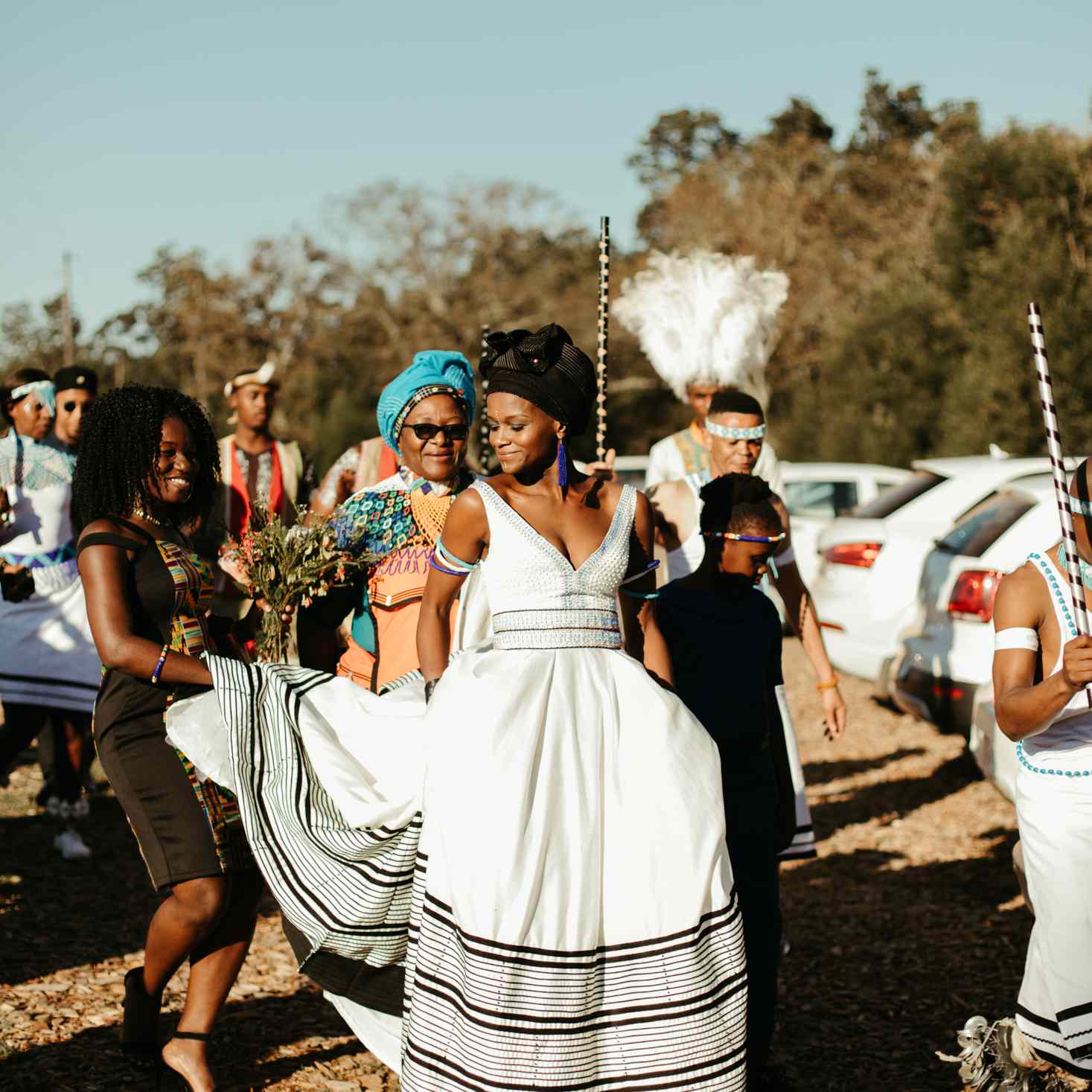 The bride is usually the centre of attention at a xhosha wedding. The bride wears a long skirt or dress which is called the Ijermani or a isishweshwe. The skirt is made from printed fabrics embroidered with beautiful bead-works.

The bride also wears a tartan blanket worn around a shoulder. The blanket symbolises the protective and nurturing qualities she will add to her family. 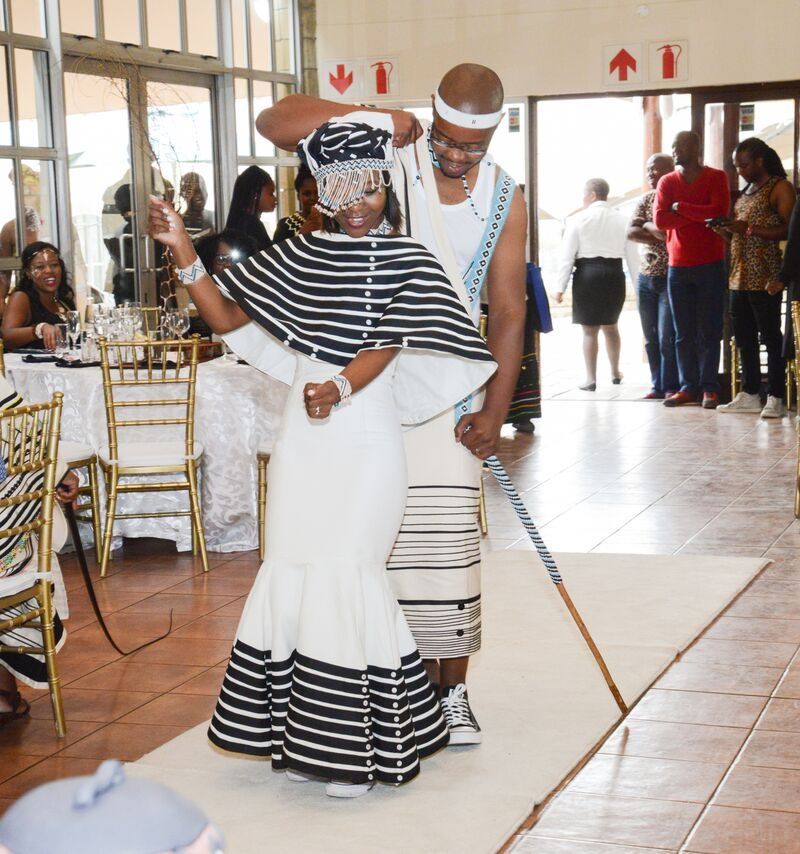 The groom wears a white wrap around his waist that has the same decorations as the bride. He also wears a blanket, called ingwaca, over his shoulders. The groom’s head and neck are covered with beads. 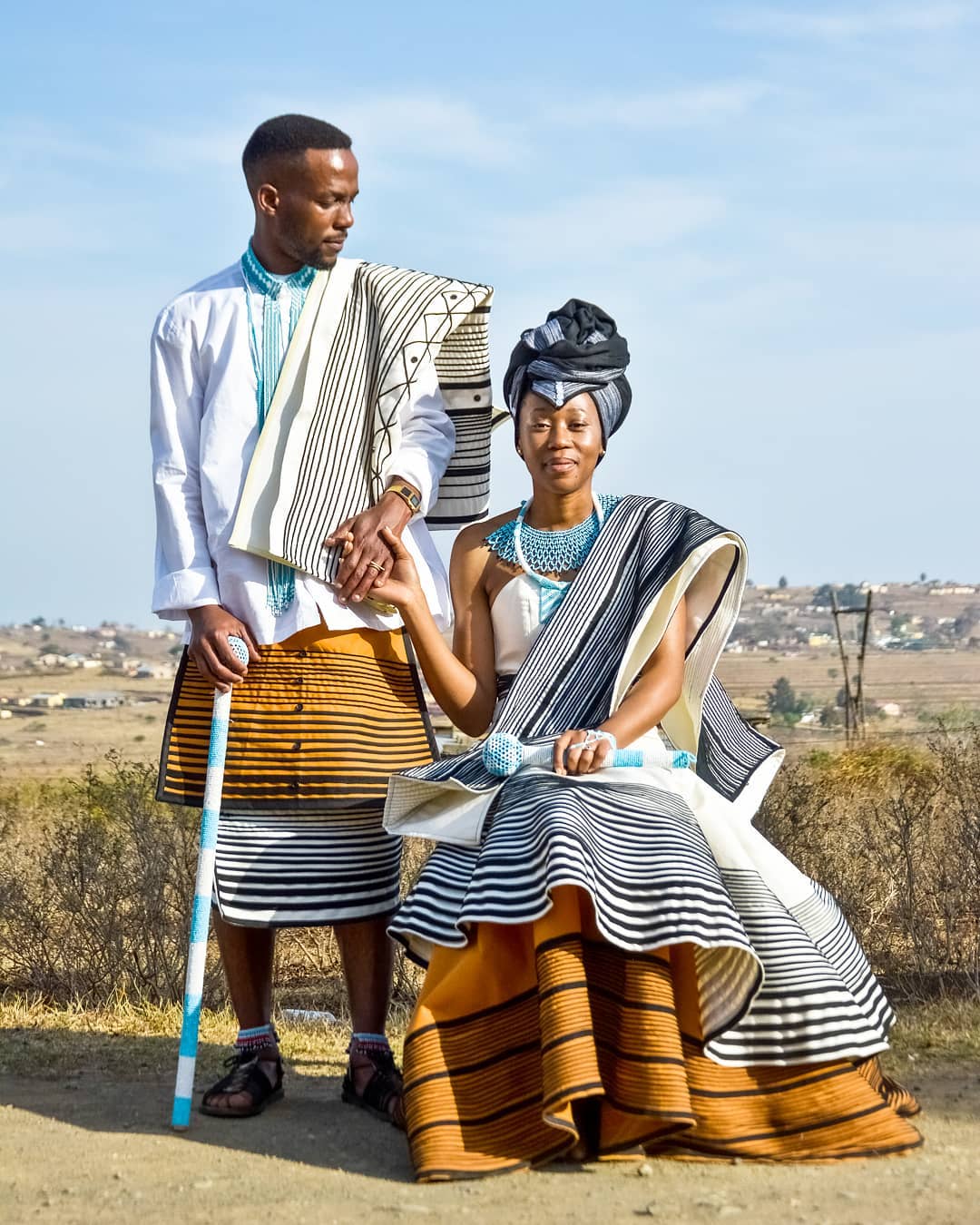 After the wedding the bride and groom walk along the road together to show the community that they are married and officially husband and wife. 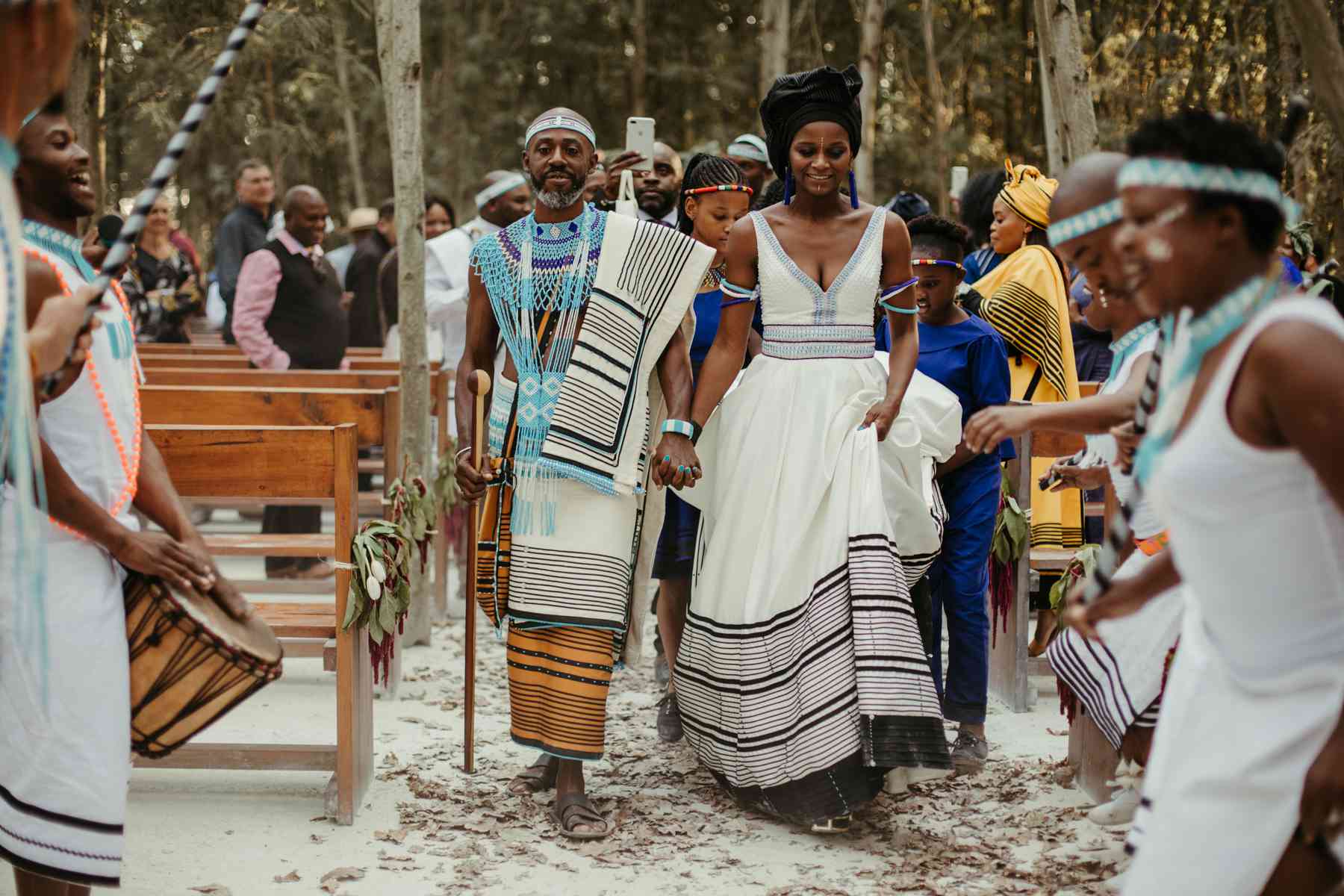