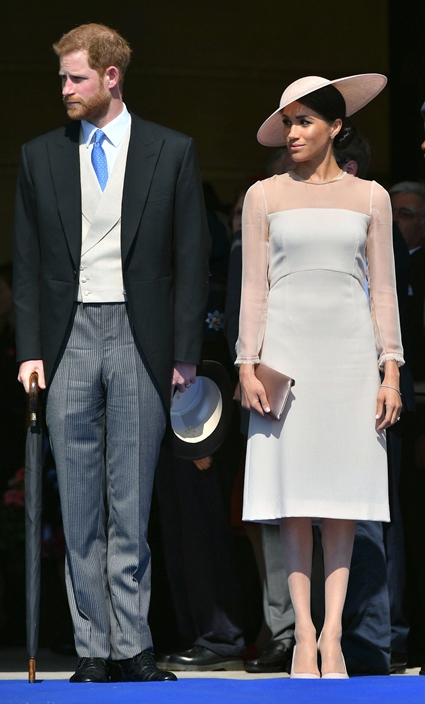 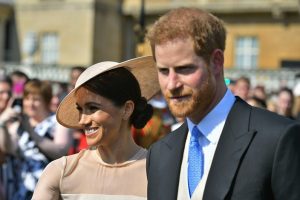 Duke and Duchess of Sussex have made their first appearance as a married couple at Prince Charles’ 70th birthday party. A garden party was organised for Prince Charles at Buckingham Palace to honour him for his many years of charitable work as he turns a year older. 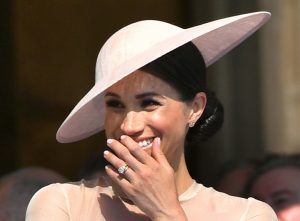 The royal event which was held yesterday, had Prince Harry and Meghan Markle step out in style for the first time as newlyweds. Meghan rocked a pale pink dress by British label Goat for the occasion and paired it with a matching saucer-style hat by milliner Philip Treacy. Prince Harry on the other hand looks dapper in a black suit and white shirt which he spiced up with a sky blue tie. 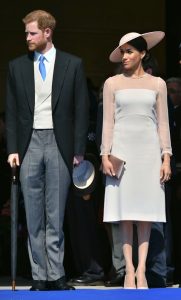 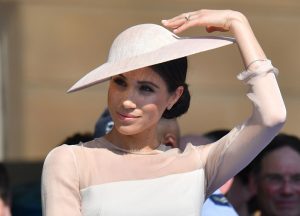 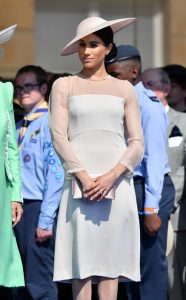