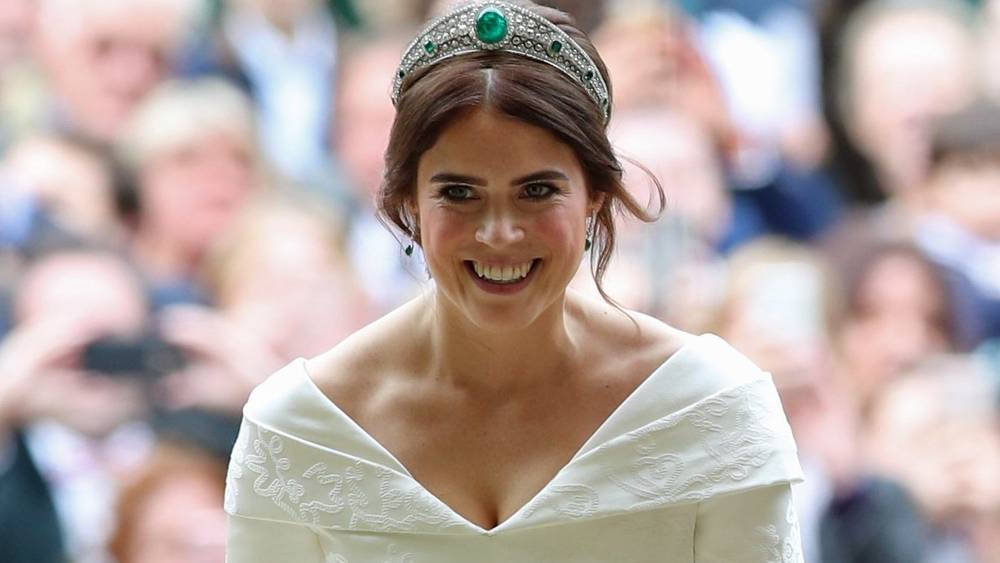 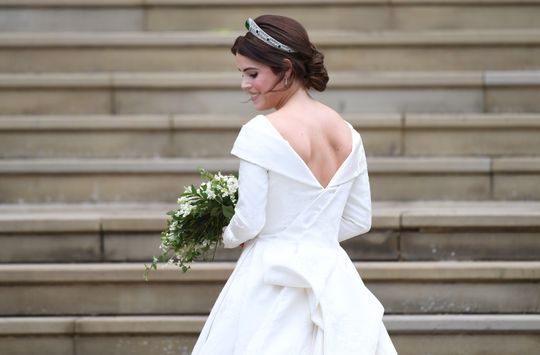 Princess Eugenie donned a full-skirted, off shoulder dress which was designed by Peter Pilotto and Christopher de Vos of London Fashion Week. it is said that the Princess Eugenie met the designers when she was co-hosting an event in support of women artists. The dress was developed layer to layer and with new variations at several fittings. It had a v neckline that opened up at the shoulder lines. On special request, the dress also had a low back design that enabled the Princess showcase her scars as a remembrance of her surgery for scoliosis when she was only 12. 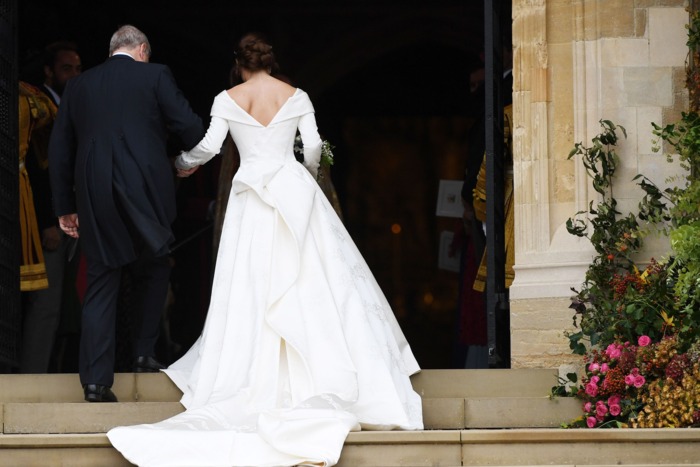 The symbols of the cloth include; The symbols are a Thistle for Scotland; a Shamrock for Ireland as a reflection of the Bride’s maternal family; the York Rose; and ivy representing the couple’s home. The Jewelry adorned by the Princess is a Greville Emerald Kokoshnik tiara, made of brilliant and rose cut diamonds pavé set in platinum, with six emeralds on either side was given to her by the Queen. The beautiful Queen complements her simple but classic style with  satin peep-toe wedding heels by Charlotte Olympia. 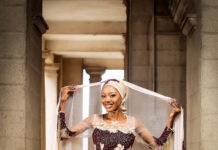 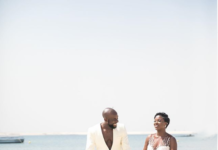