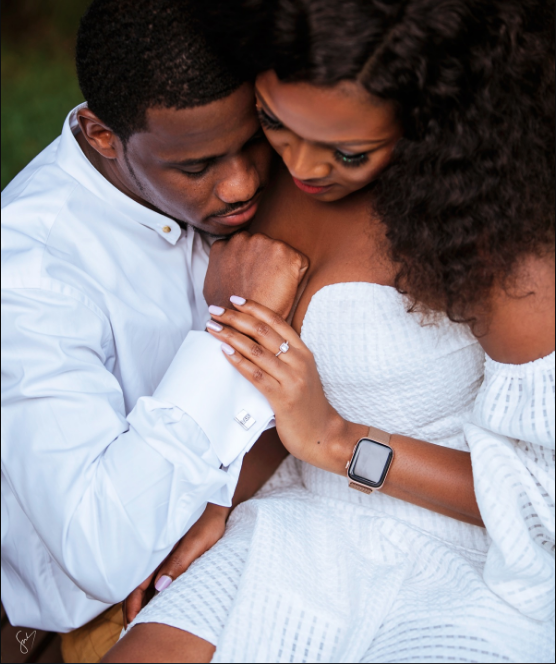 They had met way back in the University and since the very first time, Kwame had his eyes on her. He did not make a move or shoot his shots until they both were set up alone! Let’s take a walk through the journey, as narrated by Kwame, the Groom to be!

So, she was a fresher at the University of Ghana, Legon and he was a second-year student, and fortunately, they were both residents of Ghana Hostels, popularly known as Pentagon. They also had a few mutual friends whom he had known from Junior High School and then in his first year at Legon but they were Rama’s seniors from AIS, everything coincidental, isn’t it?
Once he sight her in a friend’s room, he felt this rush inside for the young beautiful fresher. Intentionally and as planned, the friends set the duo up to have a convo in the friend Rolex’s room and boom, they started.

After a few discussions, Kwame asked if she believed in love at first sight and as if she knew where he was heading to, she was astonished, querying why he will ask her such a question. That ended the conversation and they both our separate ways.
“Fast forward to 2019, a banker asked ask a lawyer to come and open an account and the end story was RK2020; love happening at first sight“, Kwame concluded the story. So so sweet.

Read also: From Friend Zone To Marriage, The Ring Is Here!
Not only is their love story amazing, their pre-wedding shoot is absolutely gorgeous and we can feel the love speak even from the pictures.