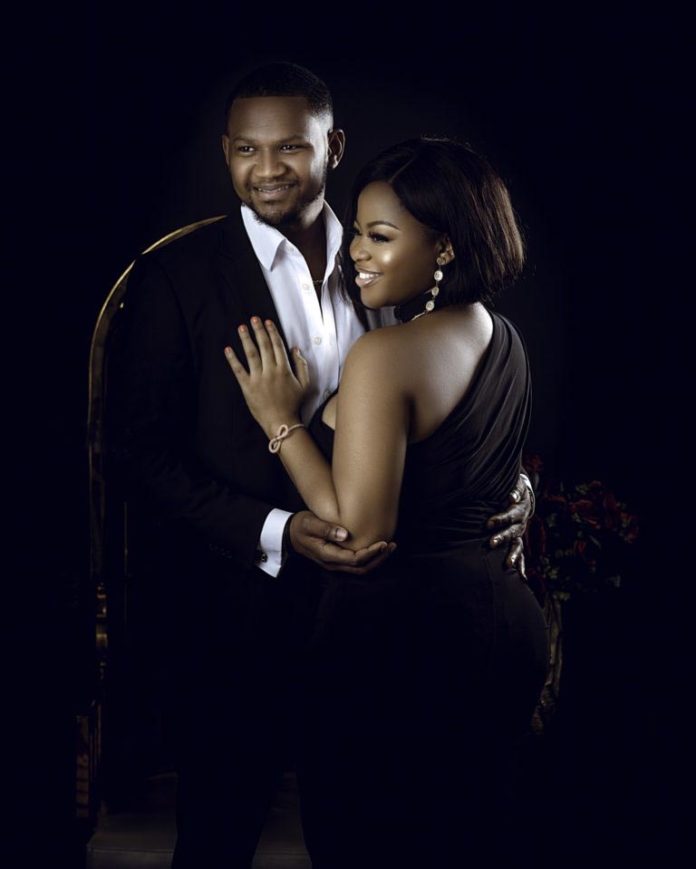 This story makes us feel some strange way. Like, the universe is definitely in play for this one. Before #TheMALMtrimony happened, Maame had already said Albert was hee husband from day one, and he on his part had visualized 2020 as his year of getting married. See where we are heading? The universe definitely played a role in this love story.

Here’s an account of their love story according to the bride:

“Walking into the Stanbic banking hall On the 15th of June 2015 as a new intern, never did I expect to leave with a husband. My mum told me to speak things into existence. So the first day I met Albert, I called my best friend and told her “I have seen my husband “ (little did I know he really was my husband).

“I met him on the first day I went to work in the bank. I named him “fine boy” because I didn’t know his name but my heart always skipped a beat when he passed by. He later asked for my name and made it a habit of inviting me for lunch anytime it was lunchtime. I always looked forward to eating with him even though it meant I have to be a lady about it.

“About six months after dating he asked to meet my parents. I always told him the day I would be proposed to I would want it on the skybar so I will feel close to the sky and on top of the world. I really love Albert’s attention to detail.

“He proposed on the rooftop of Sun city apartment with all the most magical things I would want the candles, roses and the biggest rock I had seen. He always told me he was going to marry me in 2020 though I thought it was far. Here we are 5years down the line truly marrying in 2020.