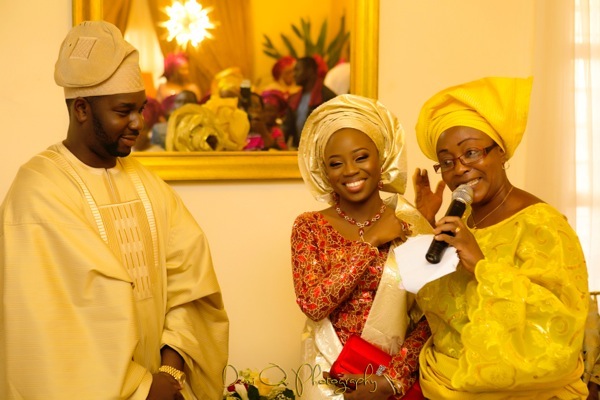 Having a list of things to do on your wedding day or events surrounding your big day is very essential. It helps you narrow down and work with what you have effectively. But this feature is not about what you should do or not do on your introduction day, this simply is for how your day should go. The introduction typically as it name implies means getting to know both families. Marriage is a unification of two different people from different sides and getting to know the home your daughter is going into or the personality of your son’s wife is very important.

Out of all the three ceremonies associated with weddings, the introduction is the smallest. It is usually a cozy and intimate affair. Now, as a newbie, how the day should go might be confusing at times, you don’t know which should go first, what you should be doing and so on. This is why we have gathered the list of things you should be doing on your Yoruba introduction day. For your introduction, you can wing it with your attire, but ideally, a traditional gele, iro, buba and ipele is the best.

Welcoming of the guest: This is after the groom’s family must have arrived at your home. This is a Yoruba traditional where the guests are joyfully welcomed into the home and offered a seat after which the normal prostrations and kneeling for the elders of the bride’s family is done by the groom’s family. The groom is however not with them at this stage, he would be asked to wait outside.

Introduction of the groom’s family: As typical to every purposeful greetings and meeting, the groom’s family would introduce themselves to the brides family. Then the bride’s spokesperson popularly referred to as the Alaga iduro who then ask for their mission in the house. Their mission, of course, is to pick a beautiful flower from the bride’s family. At this stage, they would be asked to sit after some necessary monetary rites have been collected from them. Then the groom family would call in the groom with his friends to which he would also prostrate and identify himself and now starts the questioning session.

Questioning Session 1: The groom would be asked different questions such as his mission in the house, to which he would answer that he is interested in one of their or their daughter. After this session, he would be asked to sit while they call in the daughter with her friends. The bride at this stage will emerge dancing with her friends. She would also be asked if she knows the groom and she would affirm singing sweet praises of her sweetheart. The bride-to-be will kneel before the groom-to-be and stay together while everyone prays for both of them.

Final Introduction: The guests present at the would then introduce themselves officially and a curtain would be drawn on the whole event with nice traditional meals.

How Yoruba introduction ceremony is done?

They are typically expected to wait outside until the bride’s parents invite them inside (under the sun, maybe). After being welcomed inside, they will instruct him to introduce himself before greeting the bride’s parents, which in Yoruba culture entails men lying flat on the ground and women kneeling.

What is required for Yoruba introduction?

How is wedding introduction in Nigeria?

In Nigerian culture, marriage intention or proposal, also known as Door-Knocking, is supposed to be directed to the bride’s parents and key relatives, and not to the bride. A groom first goes to a bride’s parents to make his marriage proposal intention known, and also asks for their permission (or acceptance).