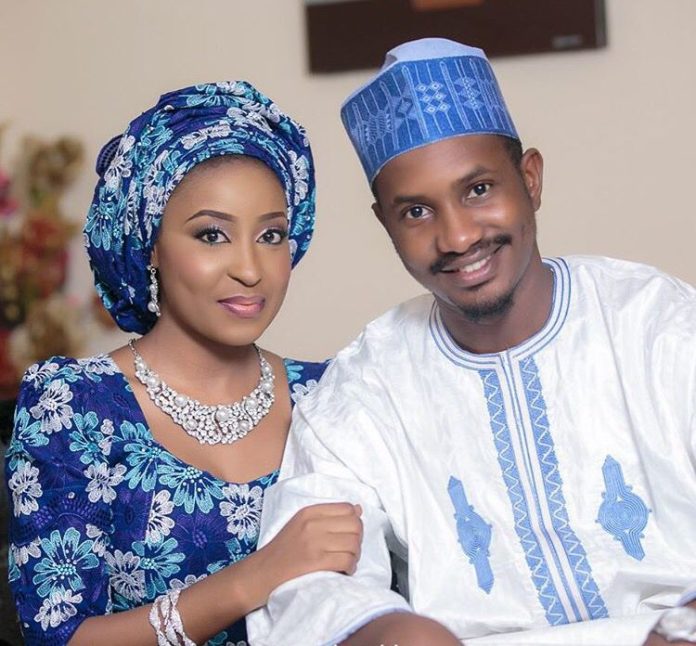 The Hausa ethnic group is known to be one of the largest in Northern Nigeria, just as how they don’t joke with their tradition and culture, they put in their all in their wedding ceremony. A Hausa traditional wedding cost differs depending on the family in question and how much they are willing to spend. 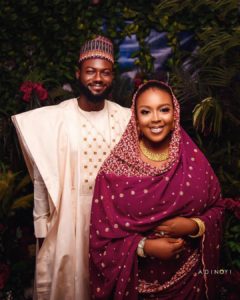 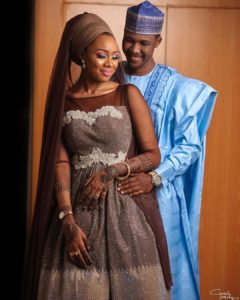 The groom to be family first of all visits the bride to be family and make them aware of the intention of their child who wants to marry theirs, they do not go empty-handed, as they take kola nuts, fruits, calabash, etc. Once the bride-to-be family accepts these gifts it means they approve of the marriage proposal between the two families. Prior to this event, each family must have conducted a background check on themselves to ensure if the other family is fit to be in connection with them. 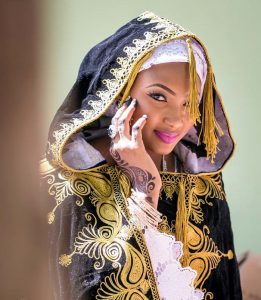 After being satisfied with the findings made, the groom is then allowed to see the bride briefly. This is to help them know each other a little. The family discourages them from having any form of physical contact or courting. If the bride-to-be is in agreement with the whole marriage proposal, then the parents of the man make the move to formally ask for the girl’s hand in marriage. 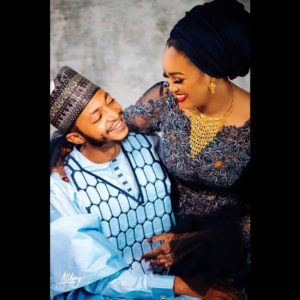 The family of the groom goes to the bride’s family bearing gift items like Kolanut, sweets, and other things. The groom’s family also provides what is called Kayan Zance, the items include fabrics, cosmetic products, perfumes, underwear, shoes, and money. When these items are accepted and the negotiation for bride price begins, Gaisuwais is said to have taken place. 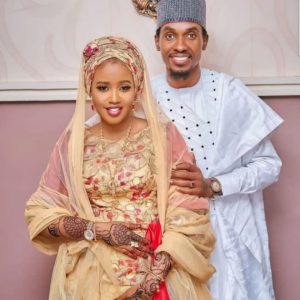 The bride price is most times set below so that the blessings that will be gotten from the union may be more. The minimum payment is referred to as Rubu Dinar, this is a quarter kilogram of a gold piece. The groom’s family can however pay more if they are financially buoyant. 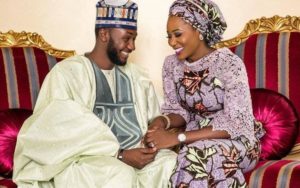 Sadaki means dowry, the moment it is paid, the bride and the groom have been joined together. After this, the wedding date is agreed upon by both families. The setting of the wedding date is called Sarana. The groom’s family makes provision for the house in which the couple would live. However, it is the responsibility of the bride’s family to furnish the house. 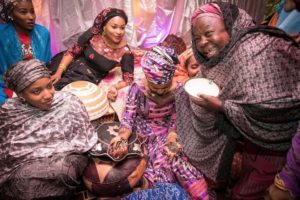 The wedding day is called Fatihah, the families of the couple would be present while the bride herself would be made to go through Kunshi. During the wedding Fatihah which comes under the Daurin Aure, vows are being made with prayers made for the couple. This is more of a bridal shower that prepares the bride for her new role as a wife. The bride is being taught various things that may be considered helpful in her new home. While at it, various perfumes are being rubbed on the bride while Henna is applied on her hands and feet. 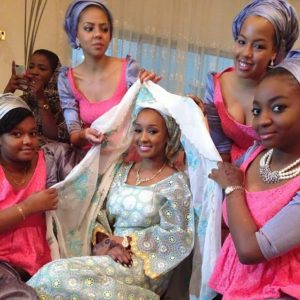 After these events, the wedding reception which is called Walimah takes place. Guests present at the wedding are being entertained with various foods and drinks. At the end of the day, the bride is being led to her husband’s house. This is referred to as Kai Amariya. Approximately the total cost would range from two million naira, and this depends on the financial capacity of the families involved and if they are willing to spend so much.

How marriage is conducted in Hausa culture?
Adult society in Hausa is nearly entirely married. A guy may have up to four wives at once in an ideal polygynous virilocal/patrilocal marriage. Kishiya, the Hausa word for “jealousy,” is frequently but not always used to describe co-wife relationships.

What is Kamu In Hausa wedding?

Kamu, which literally translates as “grab the brides,” is one of the oldest and most fascinating customs associated with Hausa weddings. The bride’s friends are persuaded
by the groom’s family to surrender the bride to them in exchange for money. This is a pretty entertaining event, and the negotiation process could last up to 30 minutes.

Does Hausa pay the bride price?

The bride price often ranges from the lowest sum, called “Rubu Dinar” in Hausa, an Arabic term that means “quarter kilogram of the gold piece,” to the largest amount the husband can afford. The acceptable dowry in any Islamic marriage based on Islamic traditions and the current economic reality today in Nigeria’s local currency stands at N13,438. However, it is permissible for wealthy husbands to pay amounts higher than the official acceptable fee.