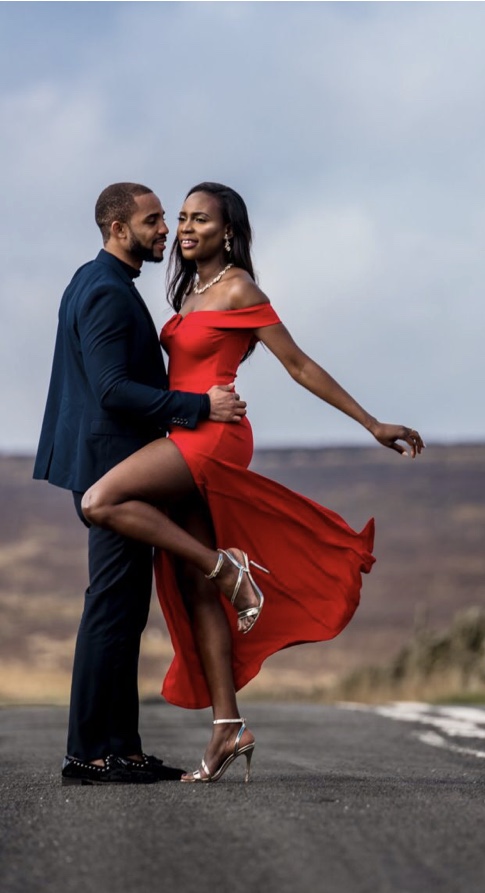 The #tu19experience project is about to be a go, but not before we share their cute love story first. You see this Igbo groom Uche met his Nupe bride Tabitha on social media and in to the DM he went. The sleek Uche planned their first date on their first phone call and smoothly riding on that wave single handedly planned his proposal too and it was so beautiful. Real all about their love story as told by the groom to be below…

We connected via social media. We had exchanged a number of chats on the platform and had it became a routine that we would always chat on most evenings depending on work schedules. Three weeks later, I DM’d her at about 9 pm requesting for her number and in less than 1 minute of receiving her number, I called, I couldn’t play it cool, and she was pleasantly surprised.

We spoke for hours on the phone, and I was assigned the important task of planning “our first date” by the end of this conversation. On this day, I arrived at the train station to meet My Queen with a pack of chin-chin snack named “Tabitha’s chin-chin”, this definitely was an excellent ice breaker. The fun date was a mix of a visit to the wildlife park, a game of minigolf, drinks and dinner.

For the proposal Uche revealed that: Fast-forward to December 2018, we travelled to Las Vegas to celebrate our birthdays. Prior to that trip, I had gotten a ring she had hinted she liked and received her mum’s blessing. It was indeed a challenging task travelling with the engagement ring in my hand luggage and acting normally without exposing my plans.

I actually wrote a note which I placed in the ring box to alert airport security of my intentions and the discreet nature of my plans. 3 days into our Vegas trip, we had planned a tour of the Grand Canyon. While on the trip, I found the perfect moment and asked “My Queen” to walk with me on this journey of life. I can’t wait to spend forever with My Queen Tabitha, she is all I prayed for and I thank God for blessing us with each other.