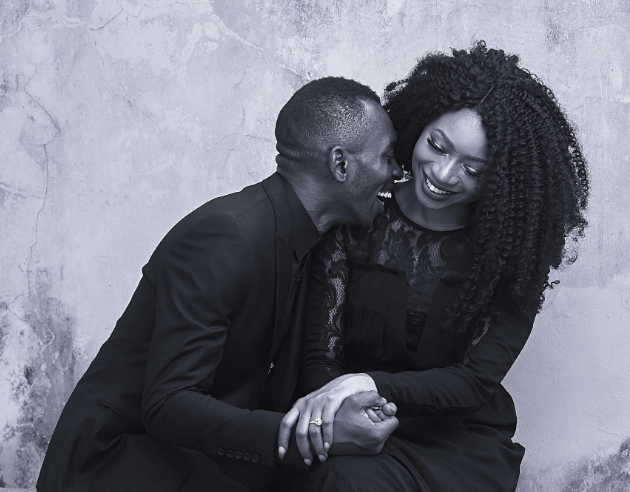 We all know Owanbe is one perfect opportunity to meet someone. They might not be Mr or Miss right immediately but at least it brings one closer to the forever together goal. This is exactly the case with Kelvin and Janet, they met at Janet’s best friend’s wedding and since then, all has been honky dory. Read their love story as told by Janet herself below…

“We met the day after my best friend, Aleruchi got engaged. Her husband, Ikenna was so excited she said yes, that he decided to throw a house party and invite some of their close friends. I was sitting with my cousin, Daeziie when Aleruchi’s husband; Ikenna called me up to introduce me to his friend.

I go up to meet this person who I was just seeing for the first time but to my surprise when Ikenna introduced the “young man” he said the man had been asking about me since the last time we all hung out and he thought it was only right that he formally introduced us. In my head, I was like “Hol’ up! I knew I had never seen or ever hung out with him in my life.

As Ikenna walked away we exchanged pleasantries in all the awkwardness that ensued from the confusing introduction. And we both went our way. A few minutes after, Kelvin walked up to me and apologized for the awkward introduction and asked for my name, I told him and asked for his name.

He said “President Kelvin Oghale Edewor” so I asked “President of where?” He said Nigeria, he told me he plans to be the president of Nigeria someday then we spoke a little longer. He asked for my number and dialled it to make sure it was correct. Sometime towards the end of January 2018, He called me and apologized for taking too long to call back and that went on to be a long conversation that began our friendship organically.