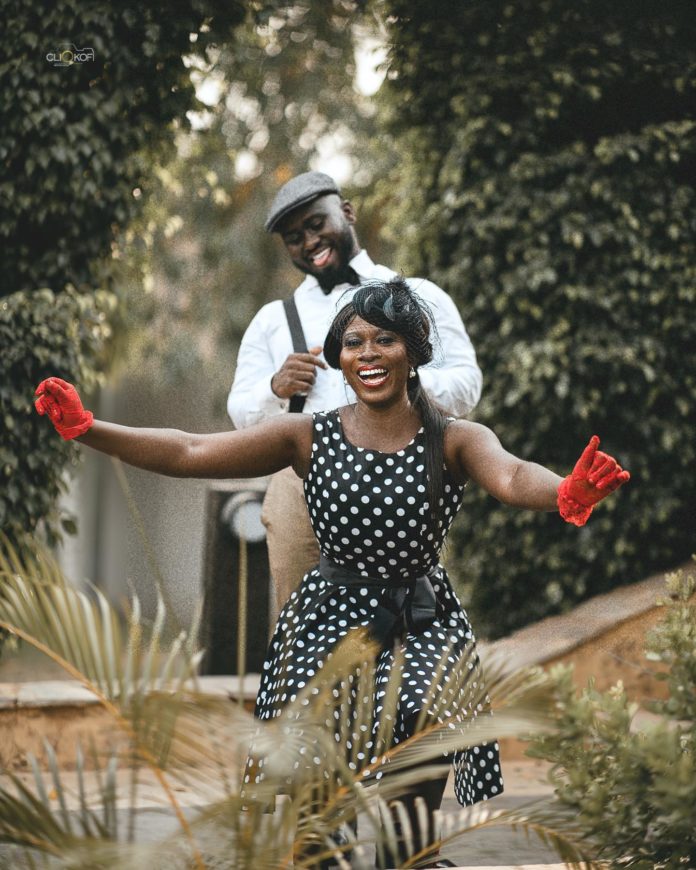 It’s one thing to head into university with the goal of bagging a degree but imagine meeting the love of your life while at it. This is the love story of these Ghanaian lovebirds Mavis and Akwasi who met at the University of Ghana. 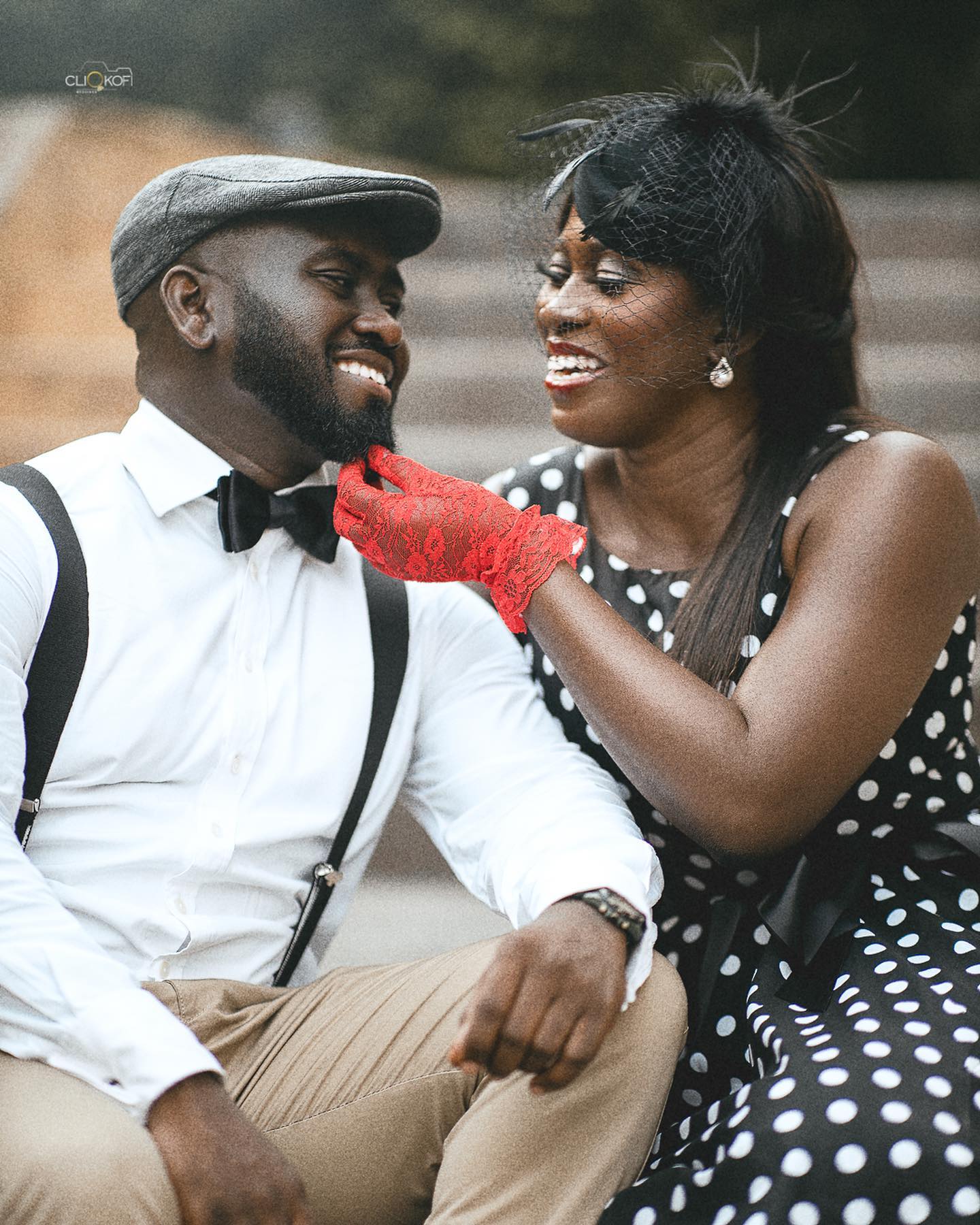 The couple shared their beautiful love story of how they met in the last quarter of 2009 at the Geology Department of the University of Ghana. Akwasi was in level 400 at the time and Mavis was in level 200. 13 years later they have never been more convinced that there is no other person they would do a lifetime with and we couldn’t help but gush over their stunning Pre-wedding photos.
Read also: Match Making Works Like Magic You Should Read Azeez And Larroye Love Story + Pre-wedding Shoot 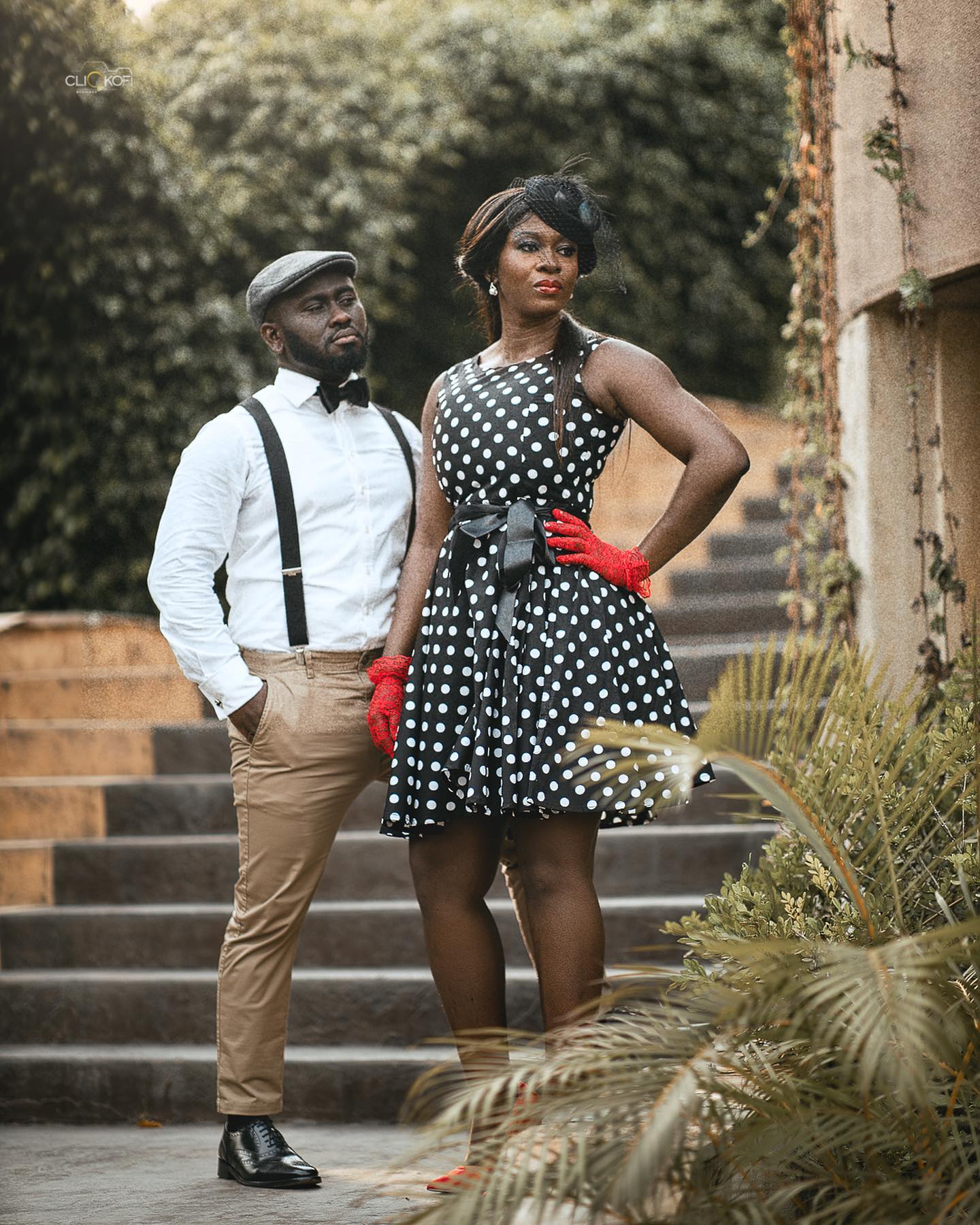 Groom……
Our love story began somewhere in the last quarter of 2009 when we met at the Geology Department of the University of Ghana. I was in level 400 at the time and Mavis was in level 200. She was with one of her friends whom I was also friends with at the time. So, I stopped to talk to our mutual friend while eyeing the ever bubbly and charming Mavis the whole time.

The right time came when I met her again studying at the department as it was getting close to exams and asked for her number and her hall of residence. I decided to visit her one day only to realize I was given the wrong address. According to her, she told me ‘DC’ instead of ‘AC’ which I heard. I finally got in touch with her again and she confirmed the address. 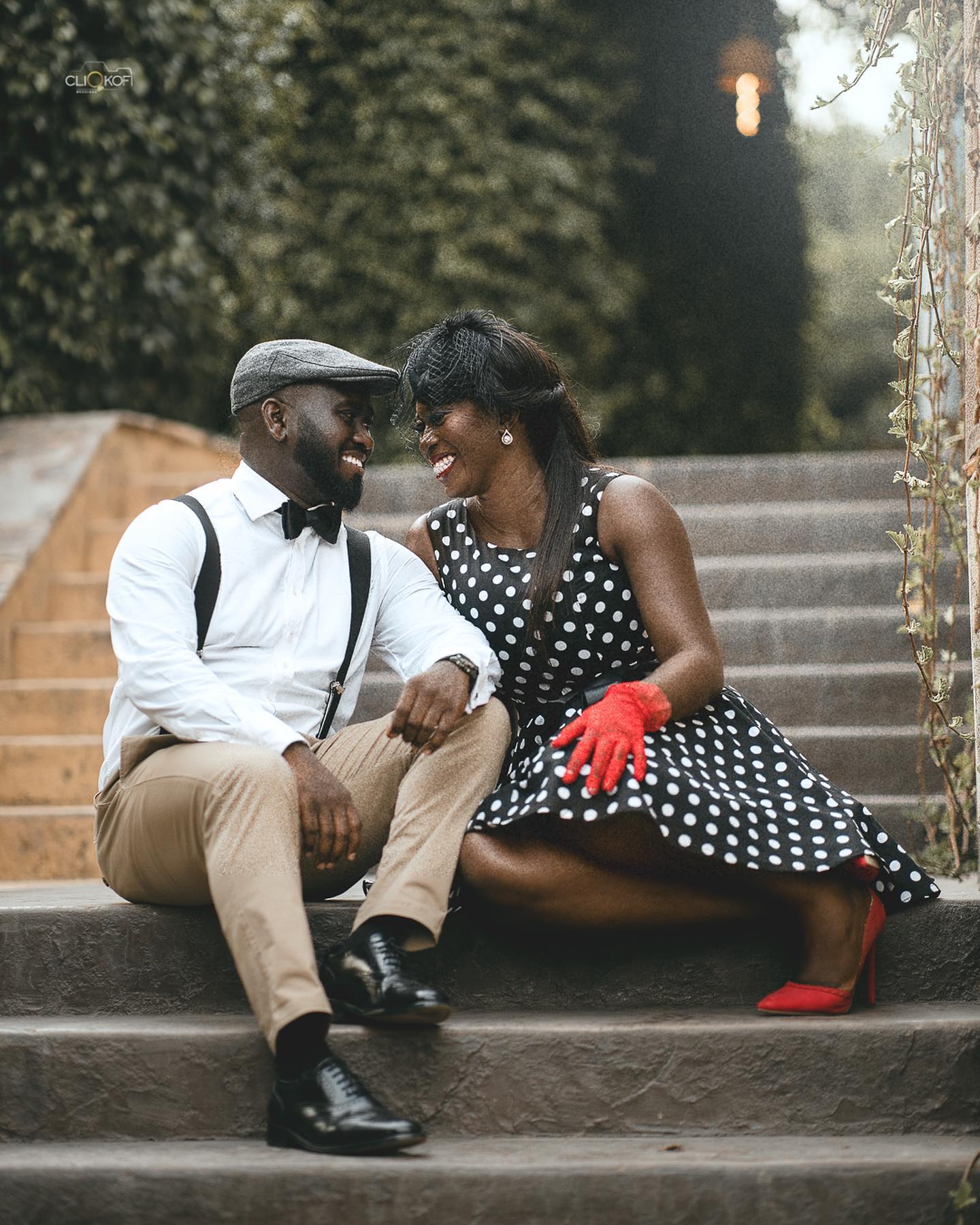 Our friendship became stronger in 2010 when we began the 2nd semester which was my last semester in the University. In a spate of 5 months my time at the school was over and had to leave. It was an emotional moment as she was not sure she would see me again. But I assured her I would be back and would always stay in touch which I continued to do whilst having my national service and even when I started working outside the country.

Our relationship like any other faced some problems especially when I was mostly outside the country. The turbulent moments taught us to be stronger and trust each other more and this is what has gotten us here. In 2020, I finally proposed, and she said YES. 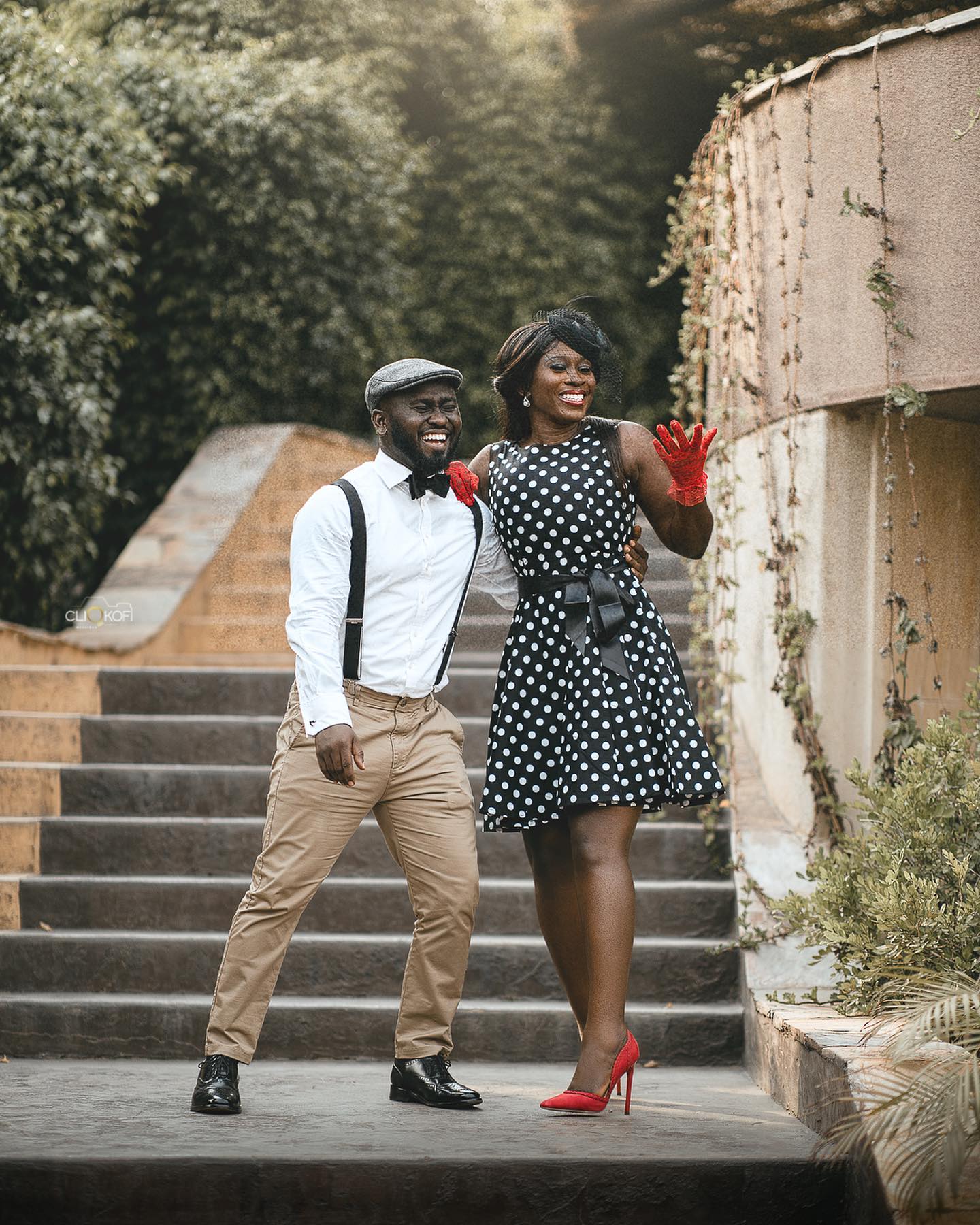 Bride…..
See how he is saying He proposed LOL. Meanwhile, we at his place eating one afternoon and he goes like “ Akua, I want to go and see your parents” very typical of an Ashanti boy (rolling eyes). But Hey, there is still no one else I would rather do this with and I can’t wait to spend forever with Akwesi. 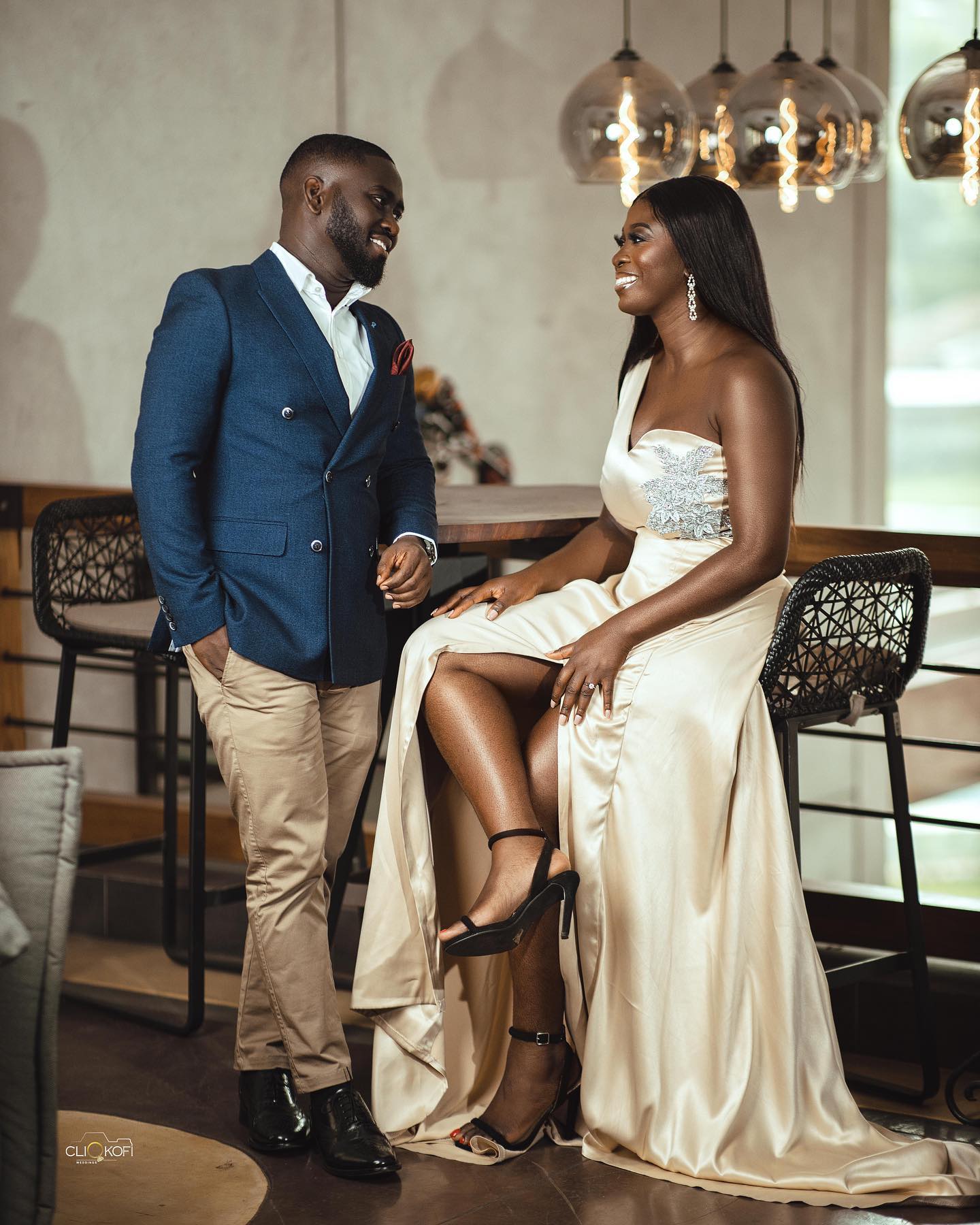 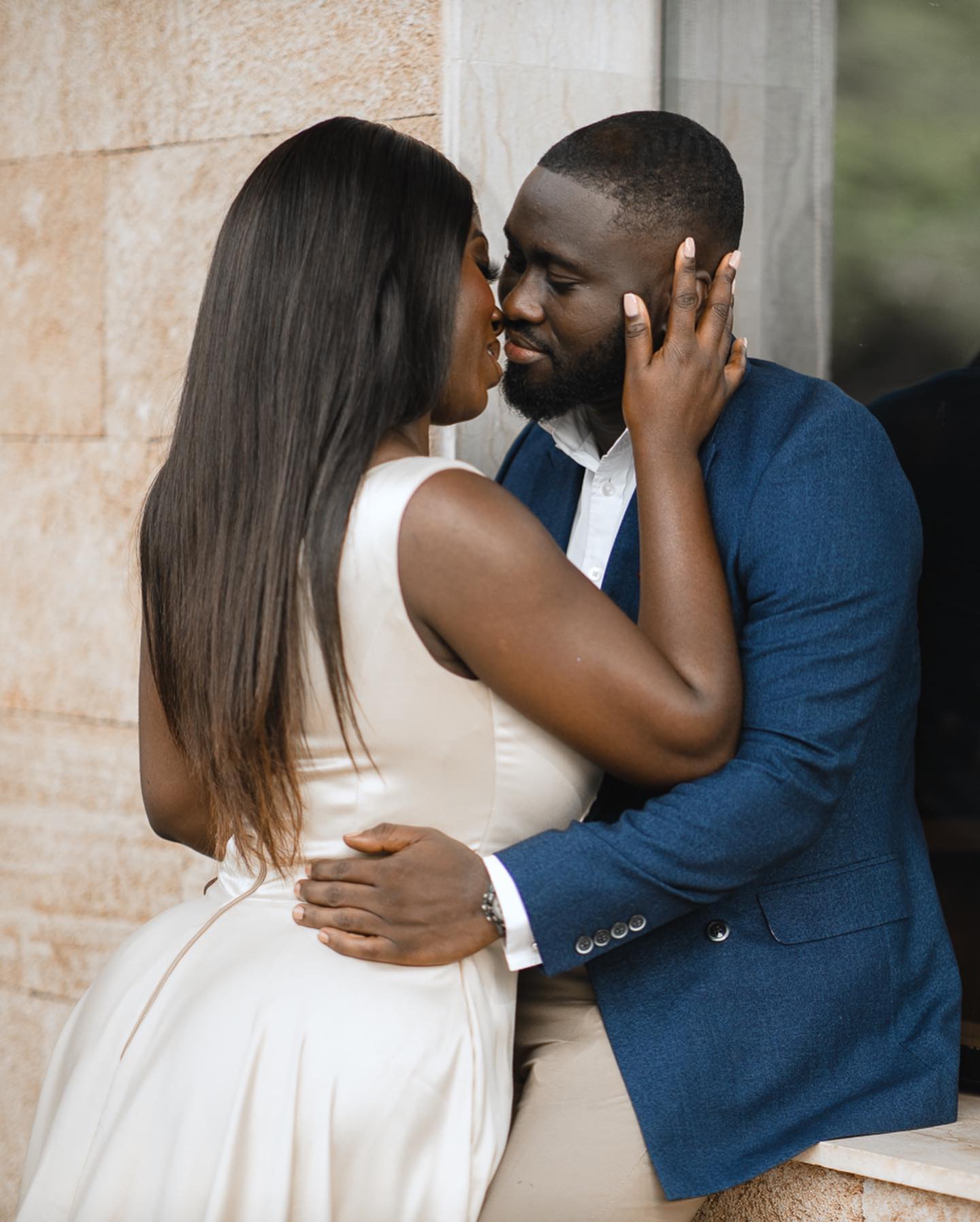 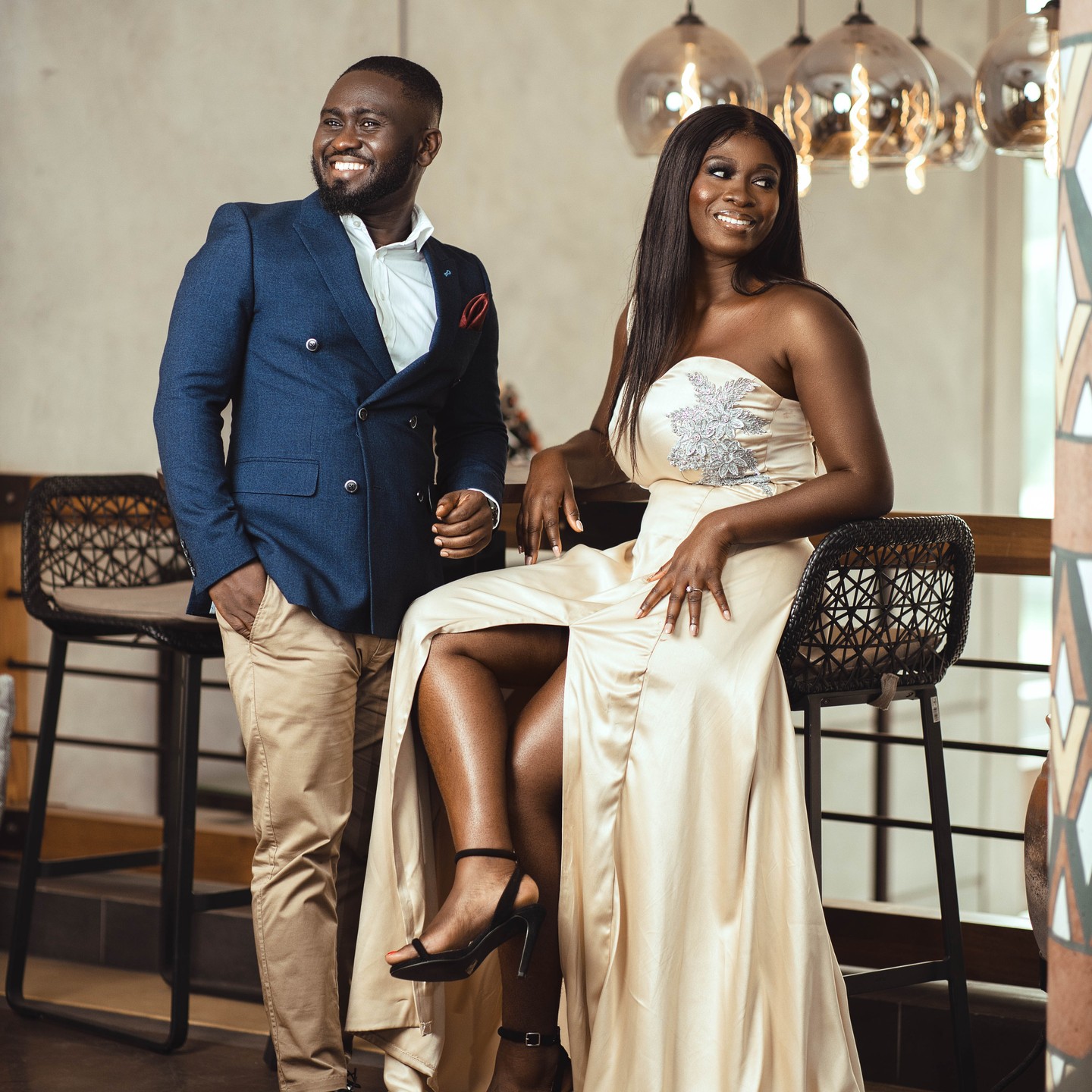 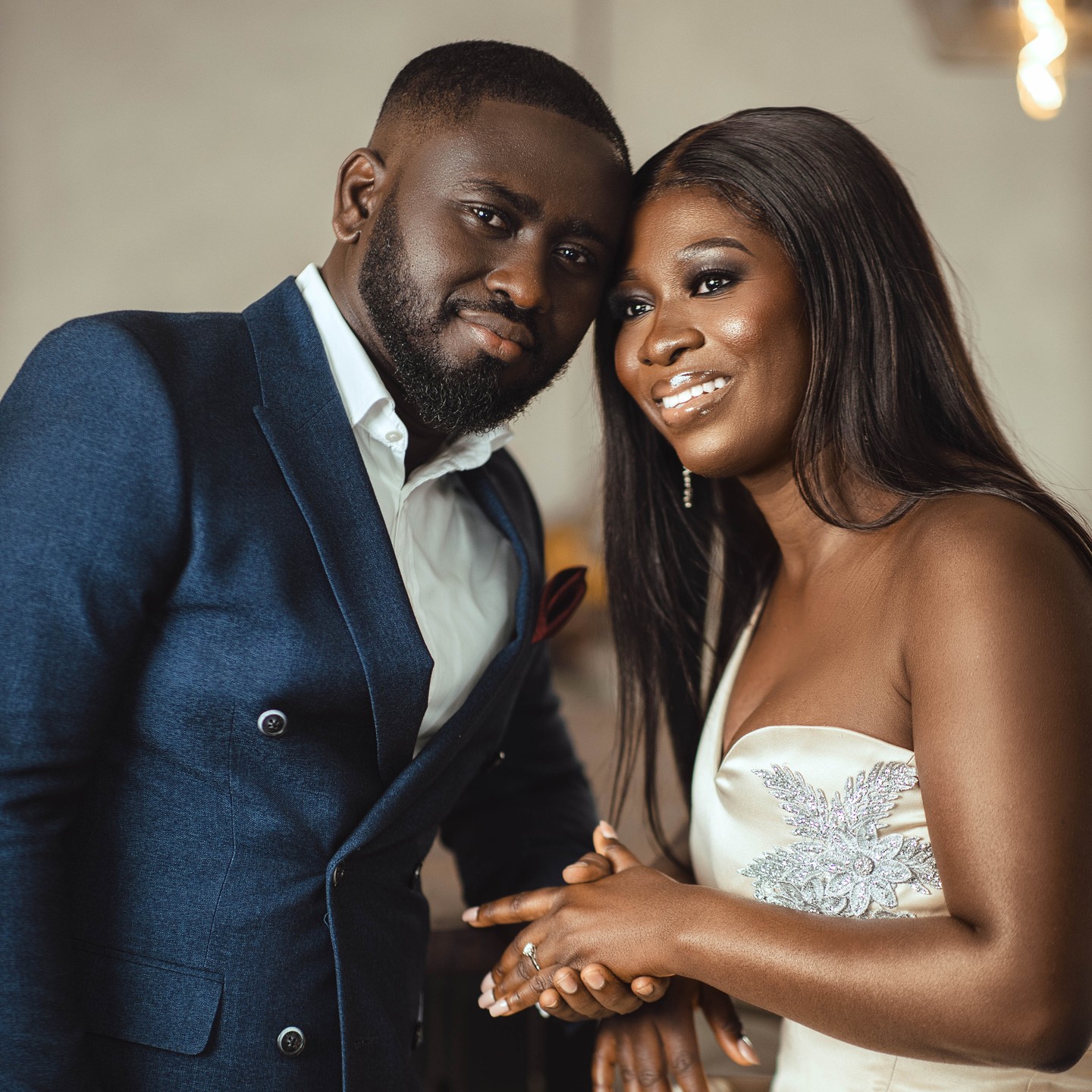 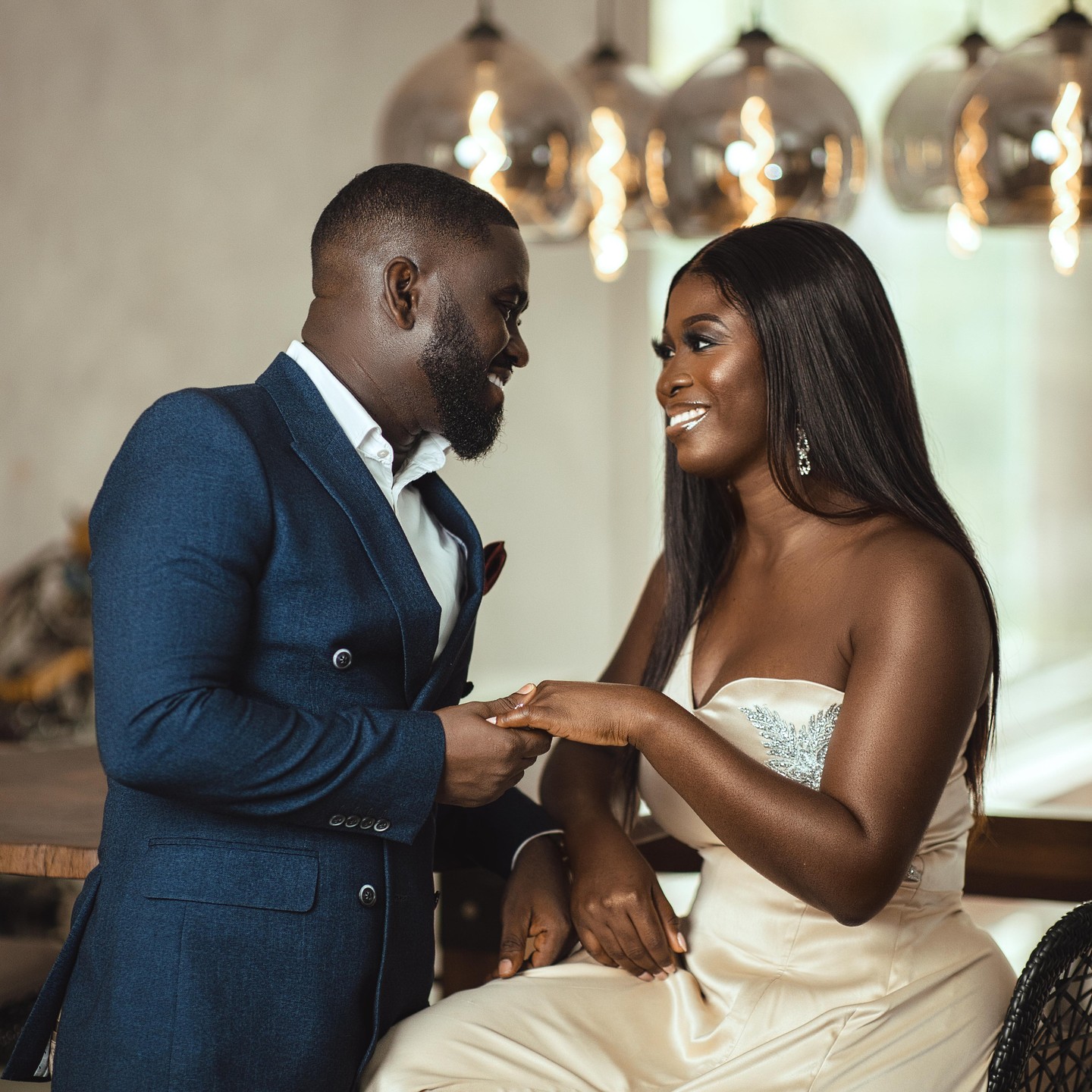 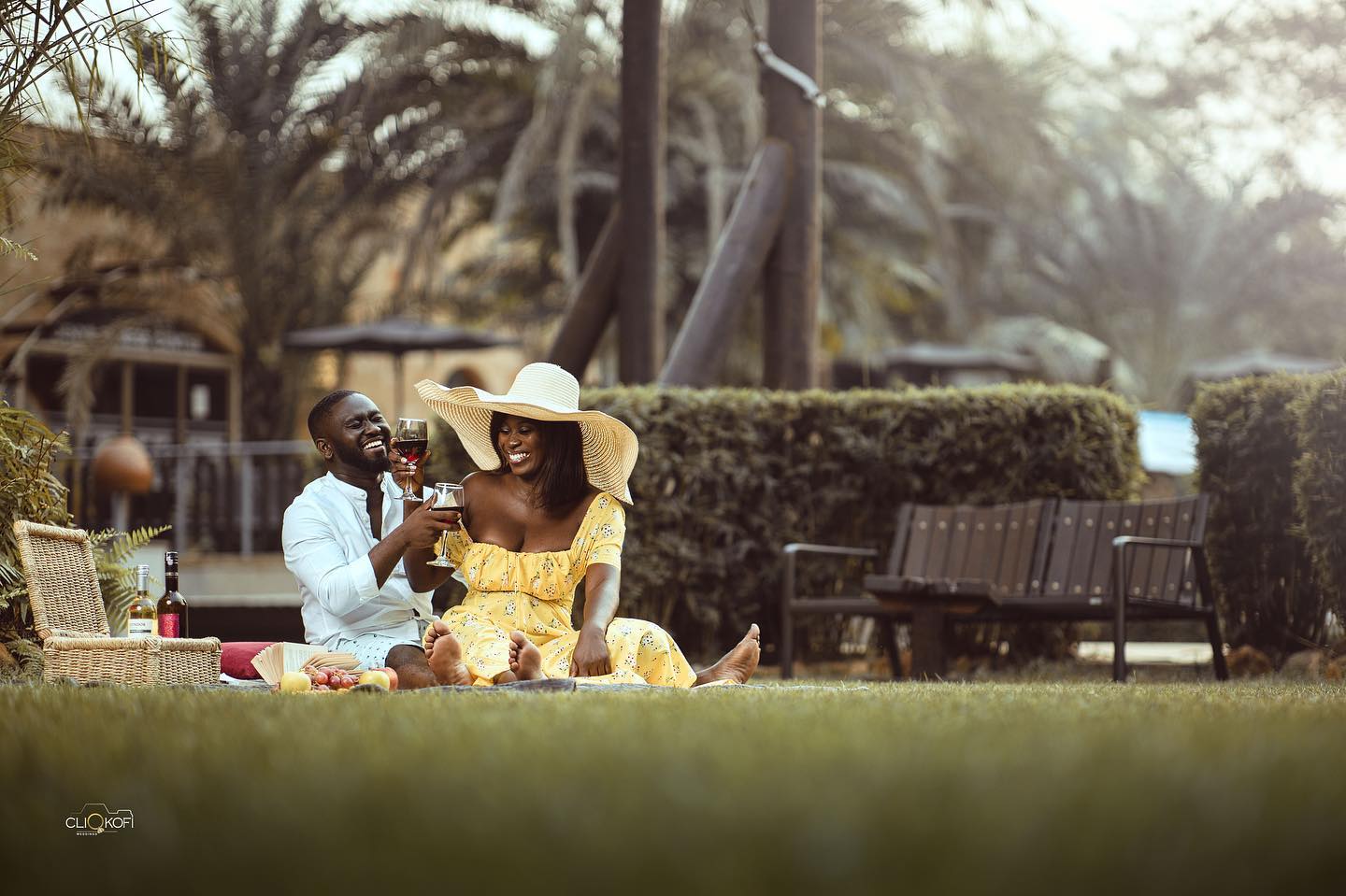 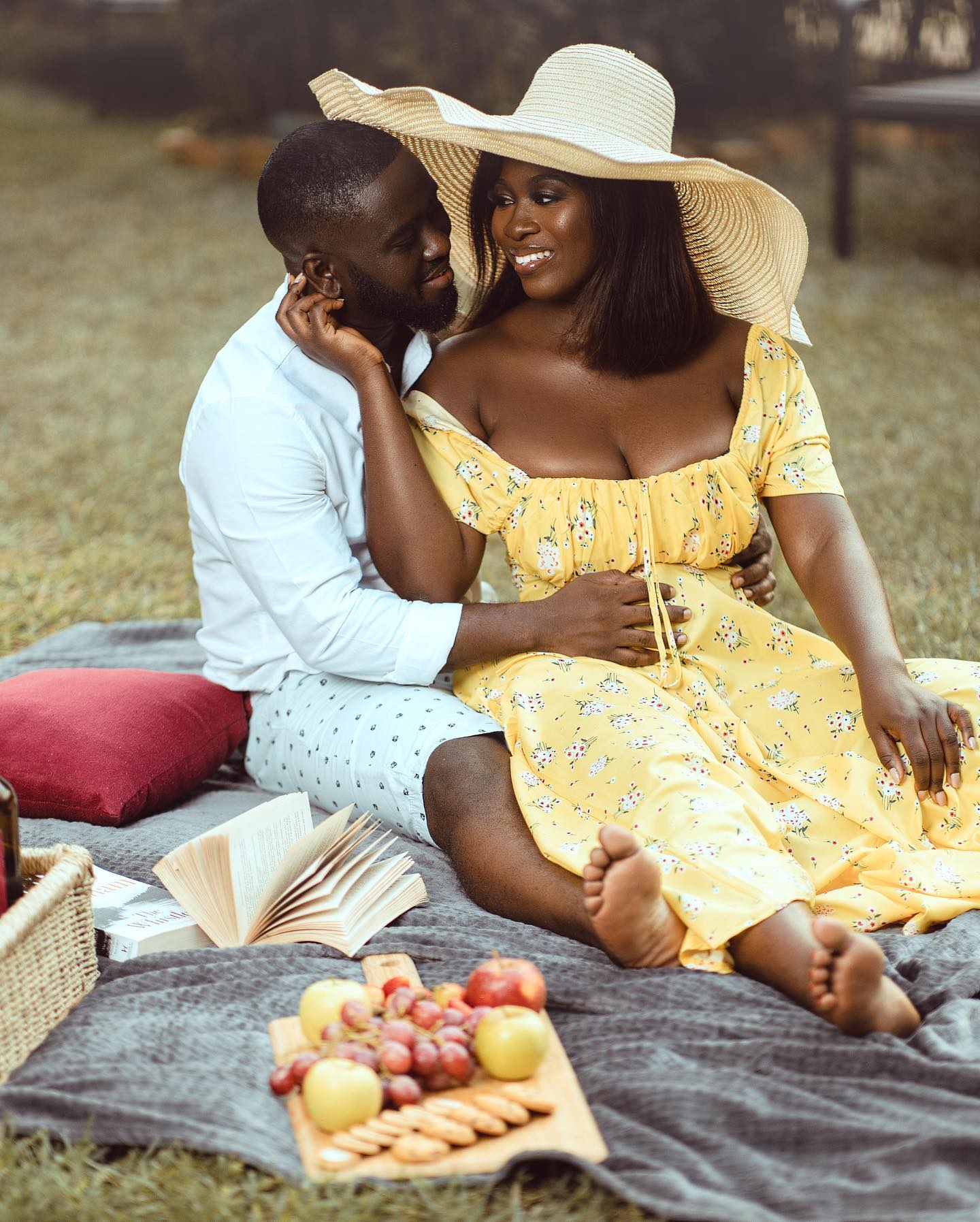 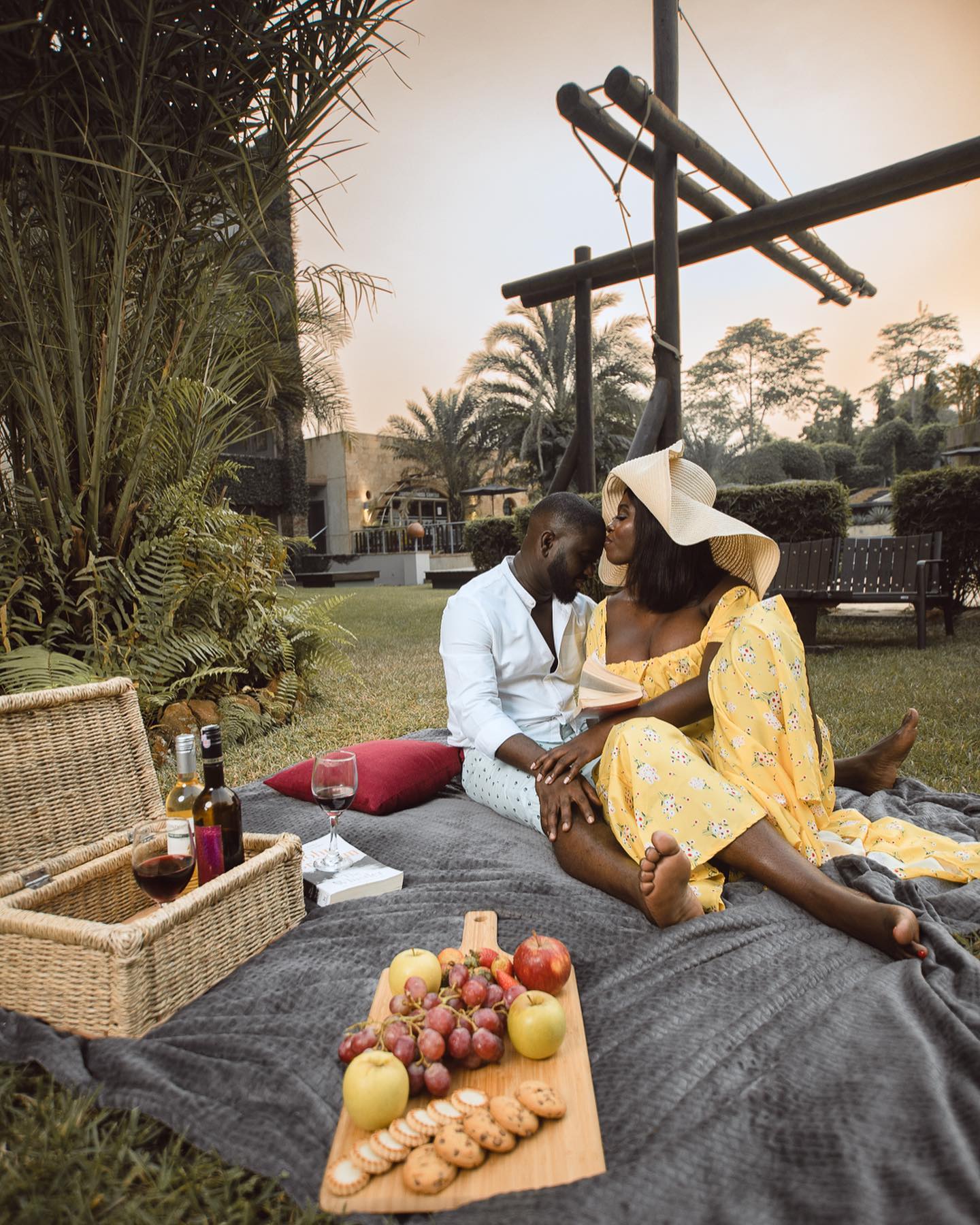 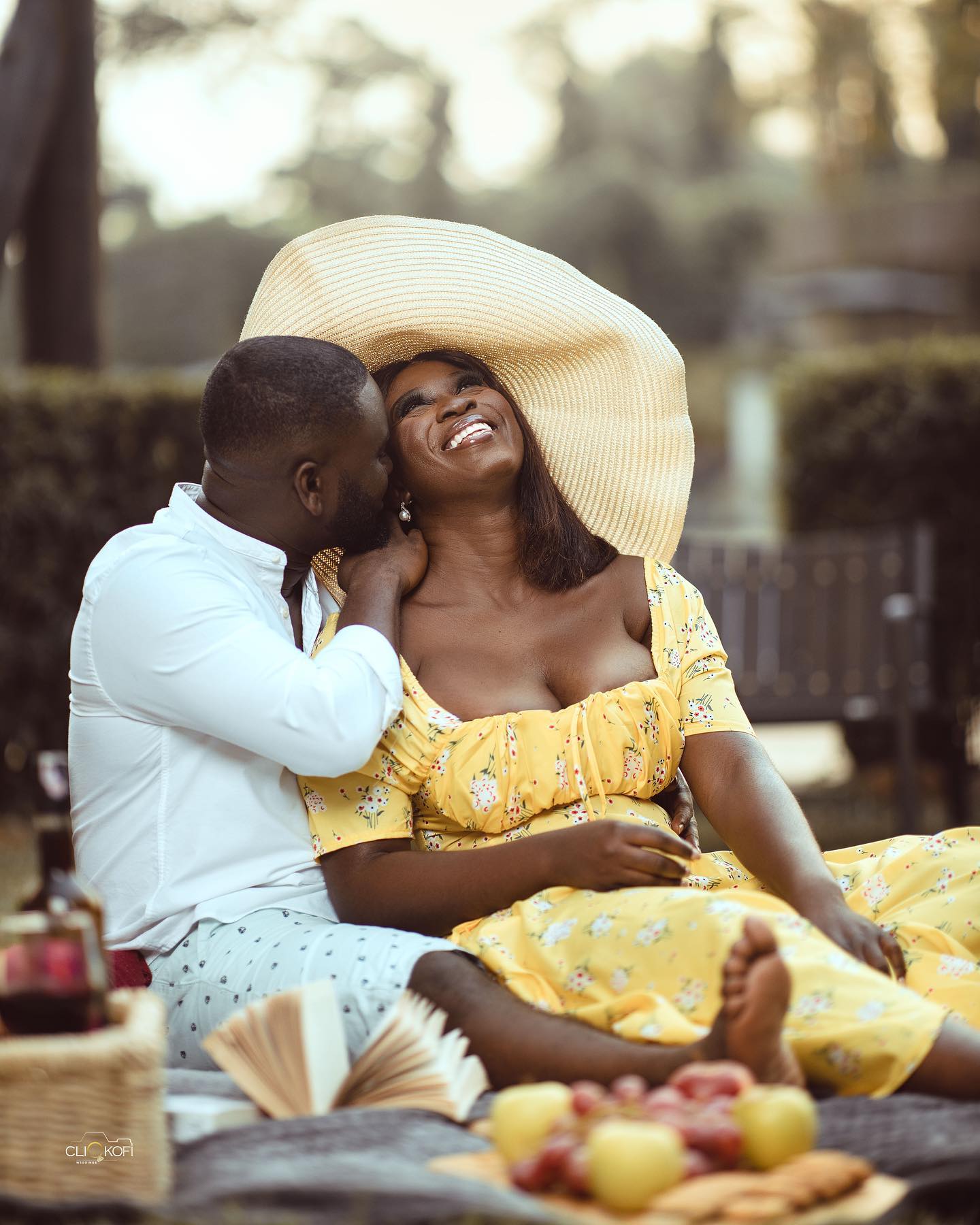 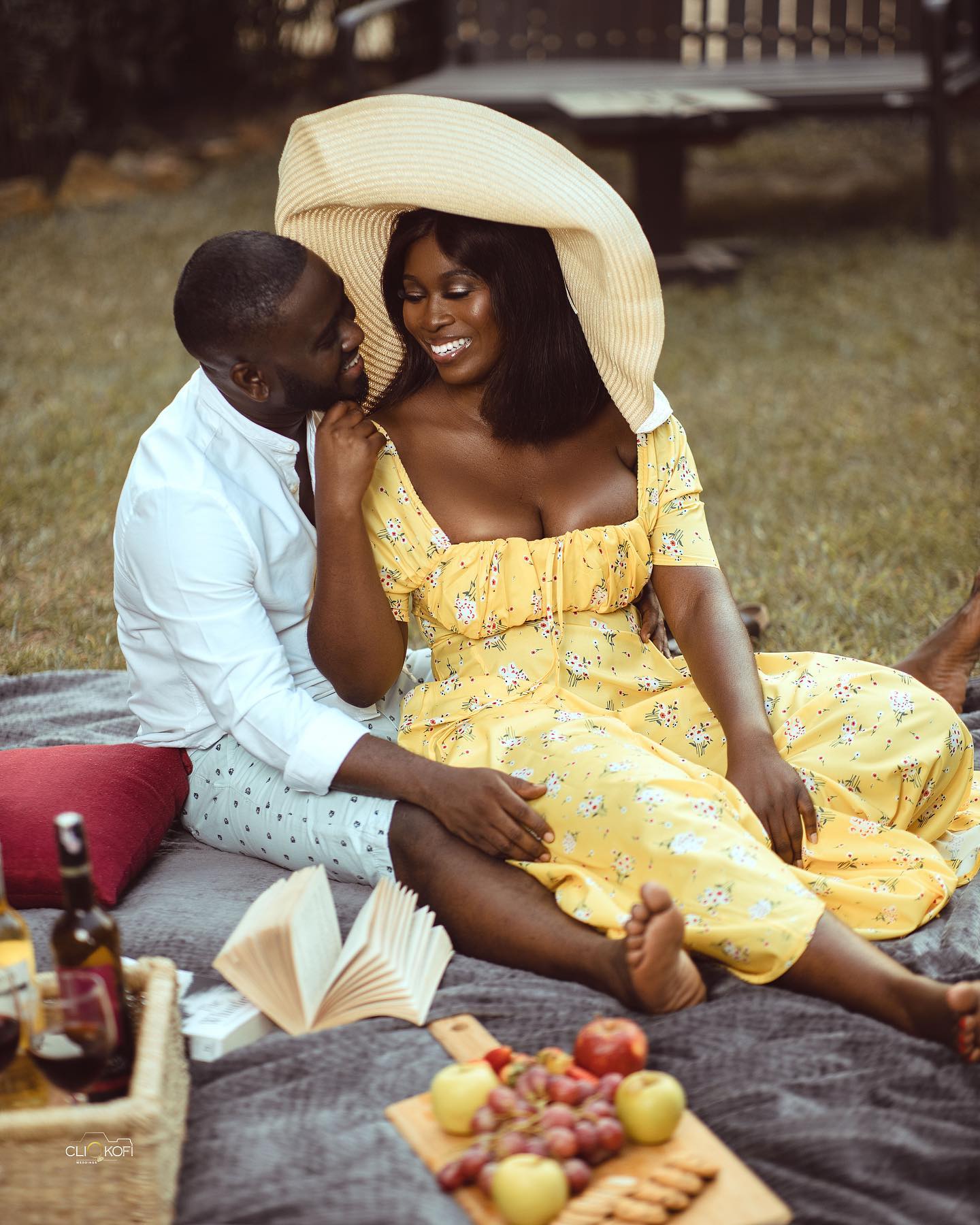