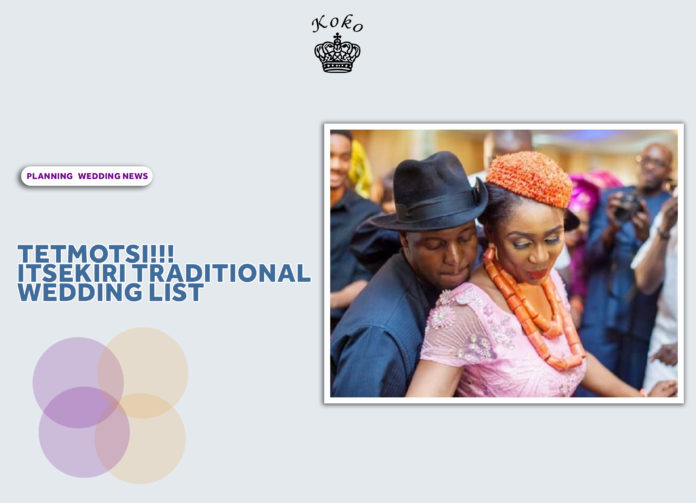 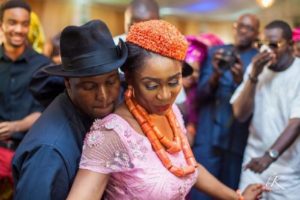 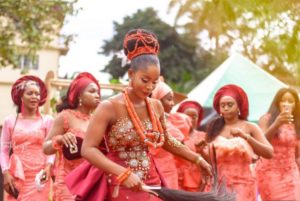 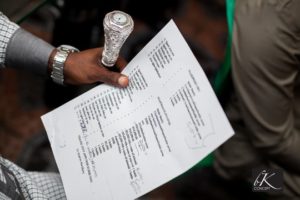 High-quality pieces of jewelry like gold, silver, and coral

Food items to be served during the occasion 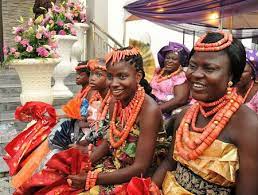 The traditional wedding ceremony kicks off with an elderly member from the bride’s family welcoming their in-laws with kola nuts and hot drinks. The groom’s family who feels respected by these acts also reciprocated by giving them more hot drinks and Kola nuts which are shared widely among both families. 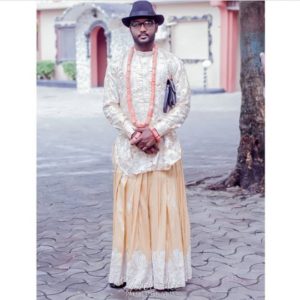 The groom is always dressed on a wrapper with a top(Ikemeje) and a hat. While the bride will wear at least two different wrappers with three ornamental accessories ranging from Silver to Gold to Coral. This is worn at different times for different reasons. 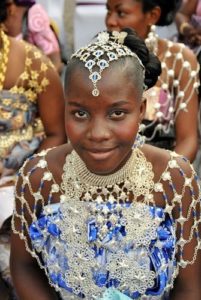 The groom’s family spokesman then presents another hot drink while stating their intention, the bride’s family then calls their daughter to confirm their statements. The Itsekiri bride who is dressed in Silver ornaments on her neck, hands, and hair with a beautiful wrapper comes out to greet her inlaws and confirm their statement. While all these are going on, guests and well-wishers are being entertained with different types of food. 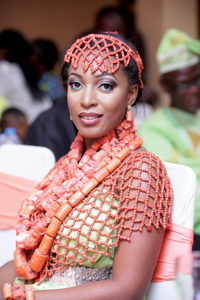 The next thing would be the payment of the bride price. The groom can pay as low as N12 depending on the bride’s family. The Itsekiri people see marriage as a union between two families and not as a way of selling off their daughters to another family. This also explains why a dead Itsekiri woman has usually buried in her father’s compound or community instead of her husband’s community. 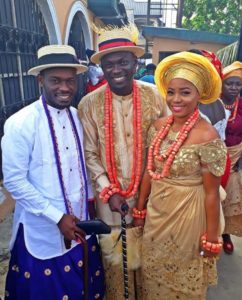 After the payment of the bride price, the elders commence blessing the union of the newlyweds. The guest is being entertained by traditional dancers and Itsekiri music with the bride being escorted to her new home at the end of the ceremony.