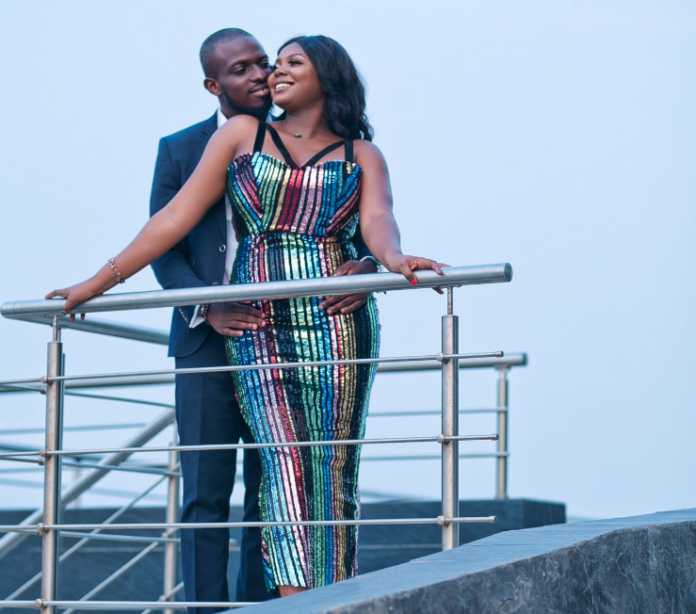 When you have got game you have got , there is no taking that away from you. Dayo as we have now started referring to as Dapper Dayo planned one of the sweetest proposals ever! The suspicious Eunice did not even see it coming, even though she thought she did, it was hilarious and amazing. Okay, let’s leave the bride-to-be to share the proposal story with you herself. Read their love story here.

Recalling how Dapo proposed, Eunice said: “So we got back from a trip to the US and UK where we went to greet family and God knows I was expecting the proposal. I even went to refill my nails. (rolls eyes). When the trip was coming to an end, I accepted that it wasn’t happening, even though he had told me it wasn’t happening there. I just didn’t believe him lol. So we got back to Nigeria and he told me we should get our friends together for a hangout and then I got excited again. But a few days before, my friends kept saying they feel he will propose.

They used Amebo to get me o (covers face). Then we got outside and we walked up to them but I didn’t even notice a Cabana had been set up. Then he pulled me around the Cabana and I saw “Marry me”. It took me a second to figure out it was for me lol then I cried. You always think you’re not going to cry. My tear glands failed me. Yes, I heard everything he said. Well, I remembered it later lol. It was the most perfect proposal.