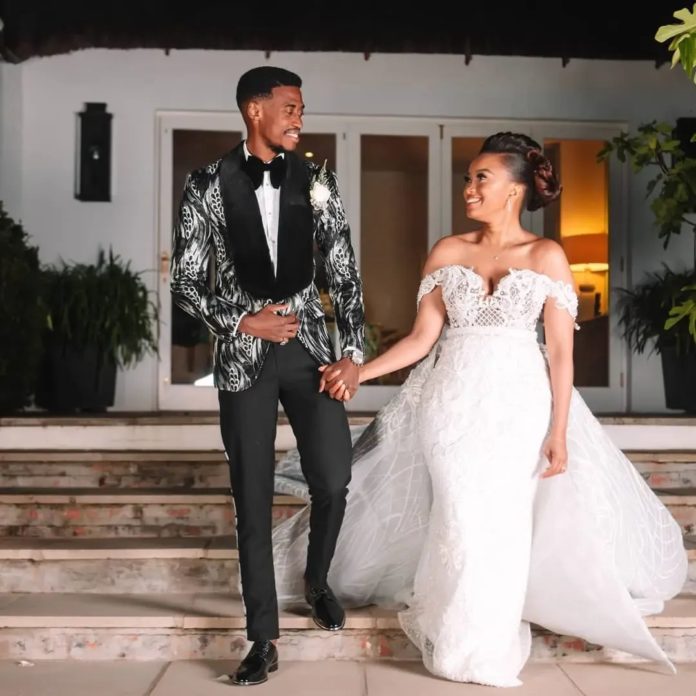 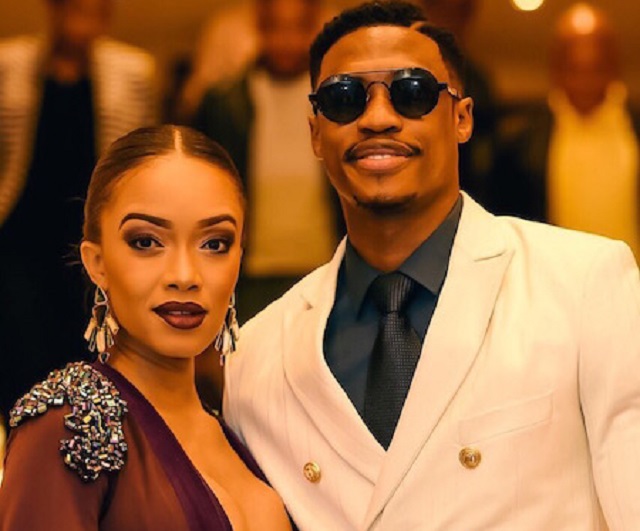 Dineo Meoketsi met Solo nine years ago through a mutual friend.. He had set them up to a blind date. Solo asked for her phone number and texted her on the same day. They later went out for dinner that very same day and have been together since. 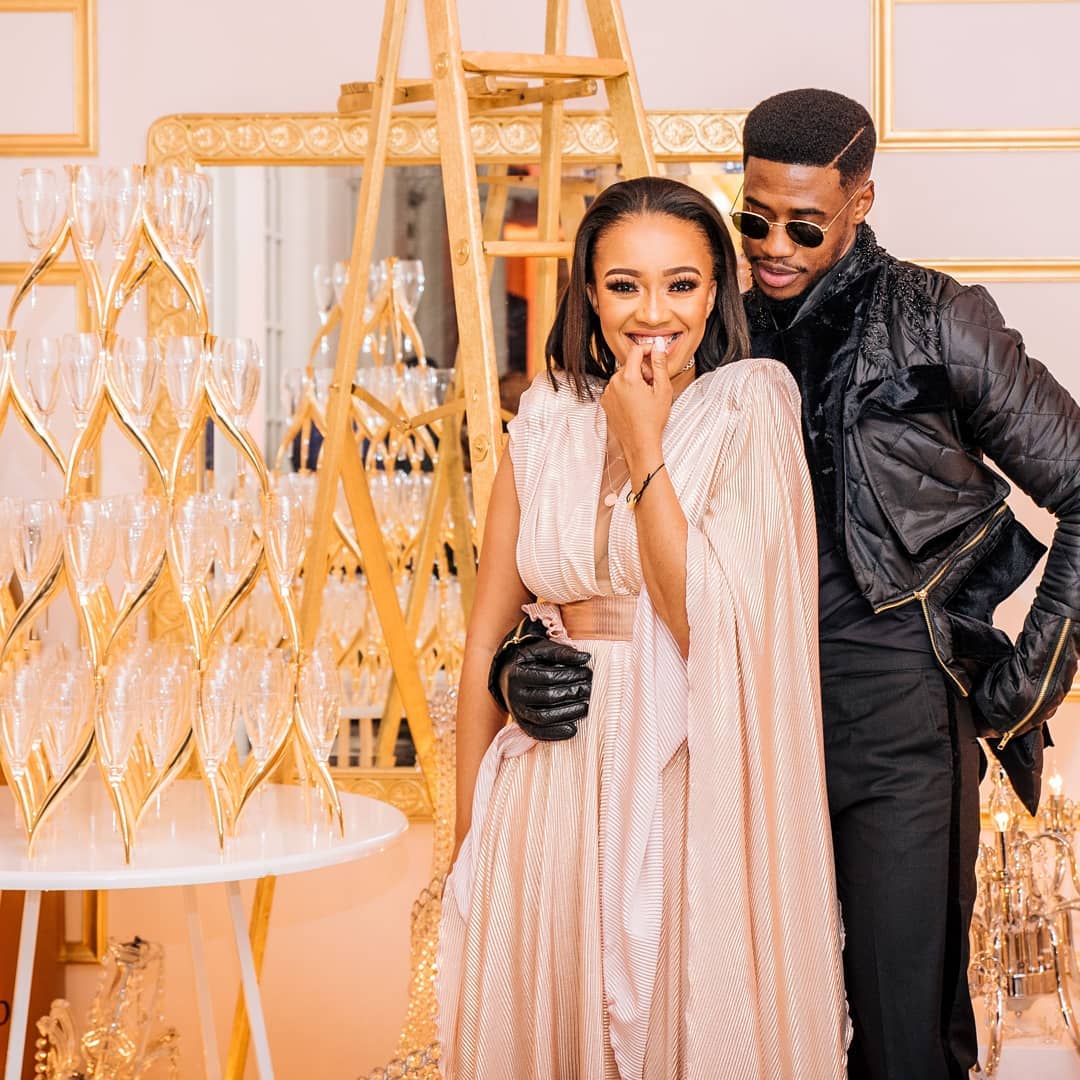 Below is a look into Dineo Moeketsi and Zothile ‘Solo’ Langa’s beautiful wedding.

The beautiful ceremony was held at The Forum Embassy Hill situated in Constantia, Cape Town, on Saturday, 14th Sept. 2019. 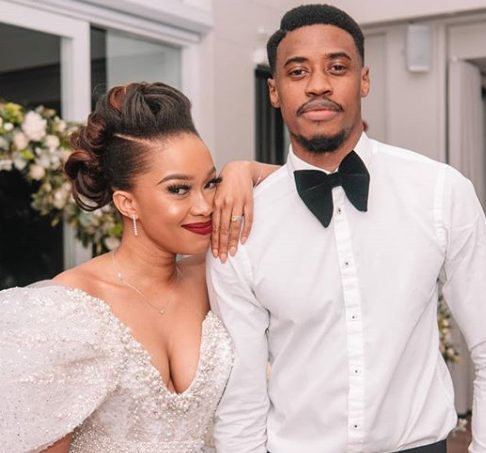 The couple tied the knot in a colourful star-studded white wedding and had their traditional earlier that year. Their traditional wedding was held at The Forum White Light venue in Lanseria 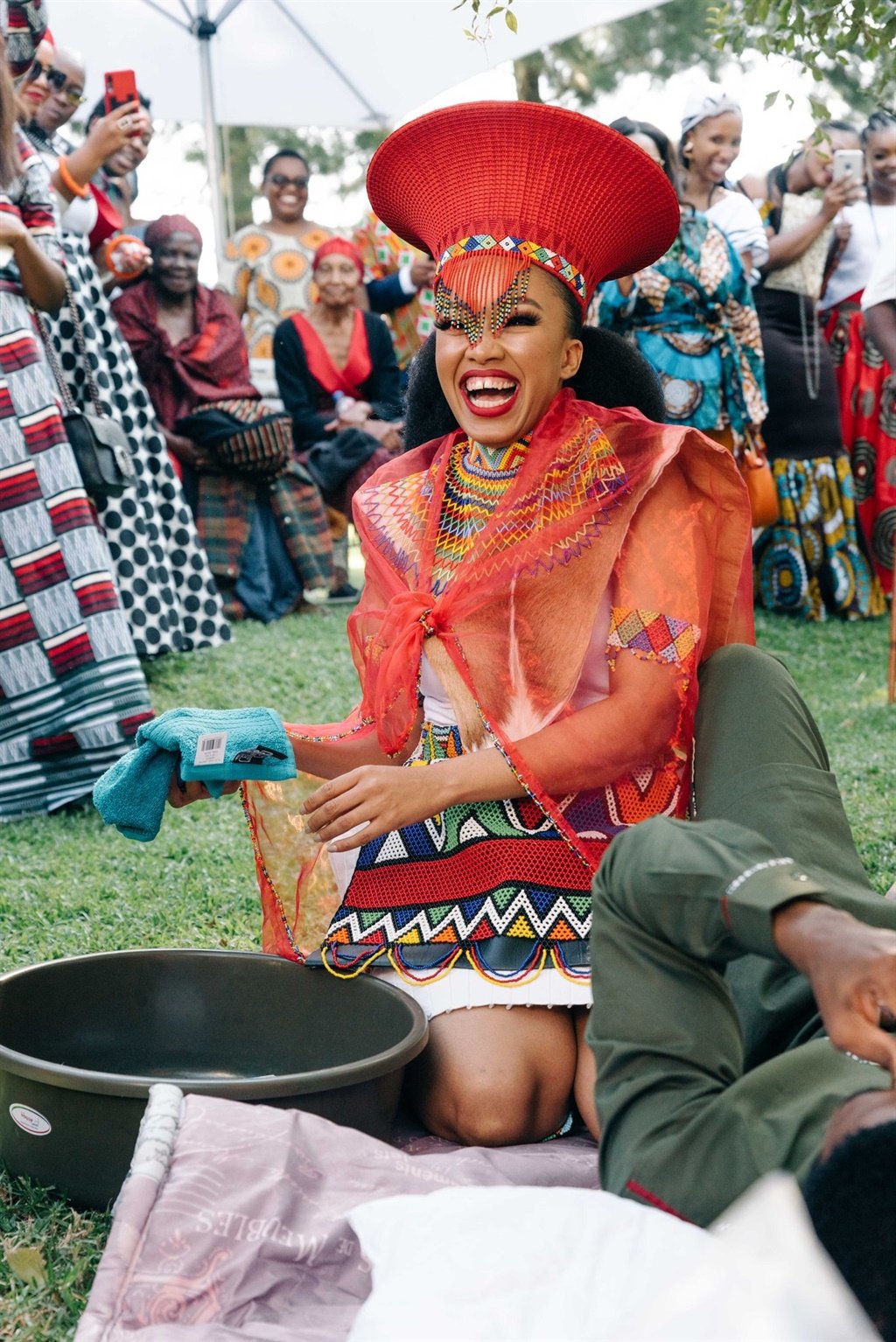 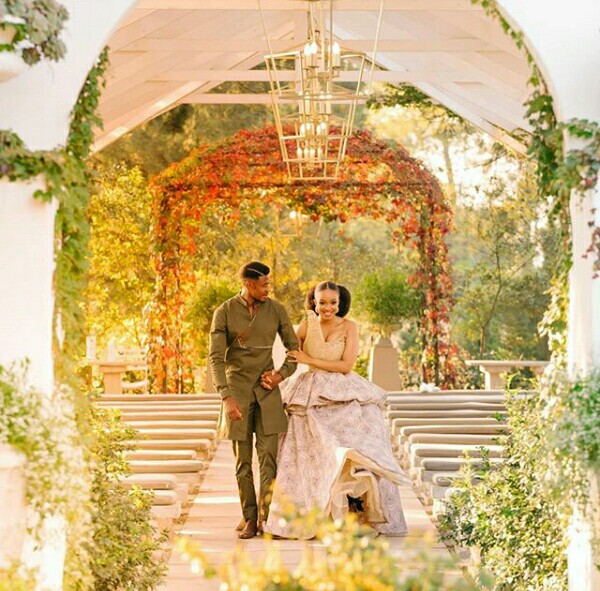 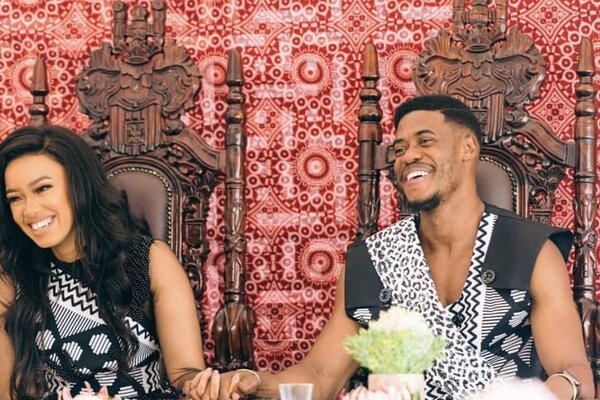 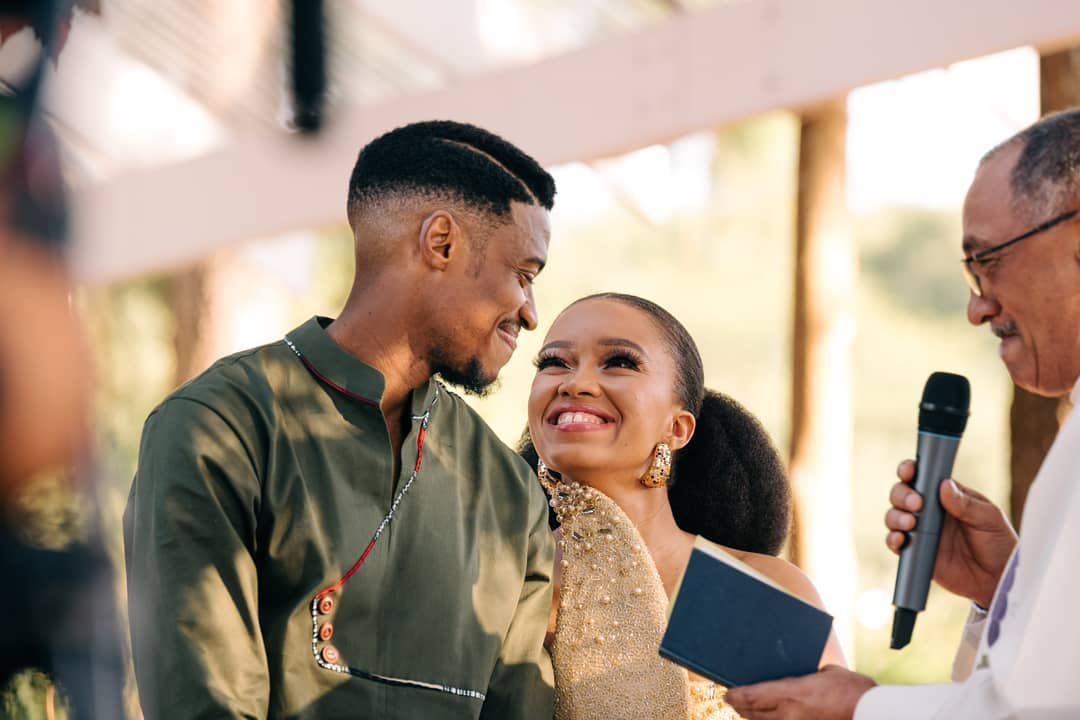 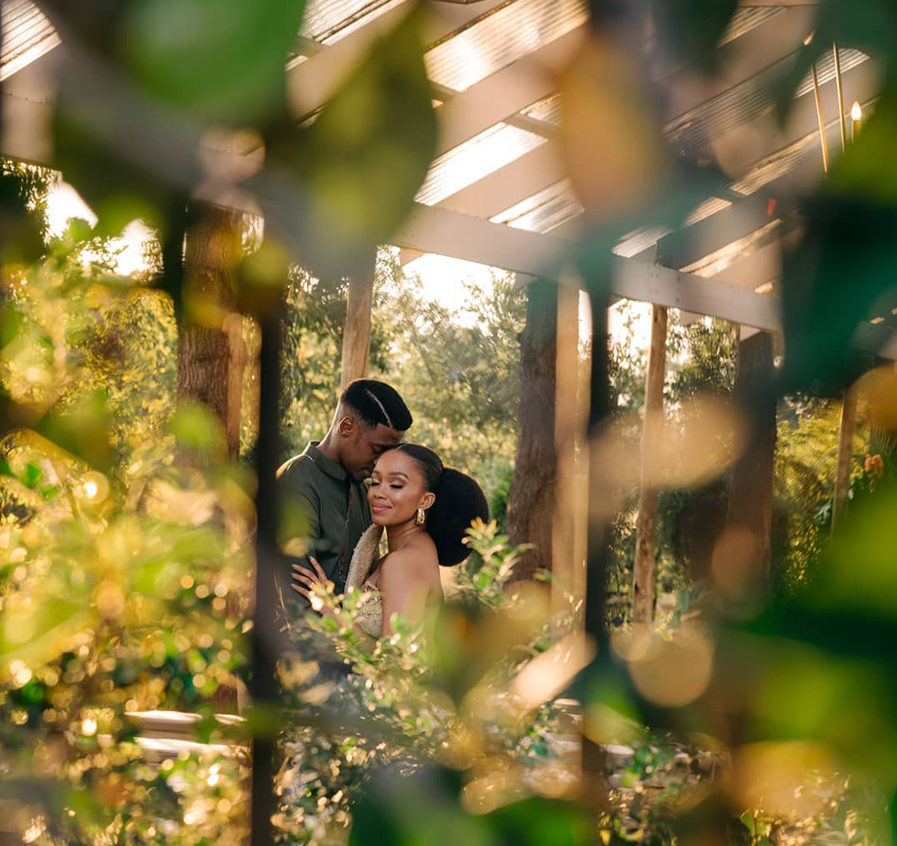 The Proposal: This time last year 07.01.2019… on an island in Mozambique… He, @thisissolo, stood behind me pretending that we’re taking a picture. I kept asking for him to put his arm around me, but it just wasn’t happening. Low & behold, he was on one knee behind me asking me to marry him,” Dineo wrote. 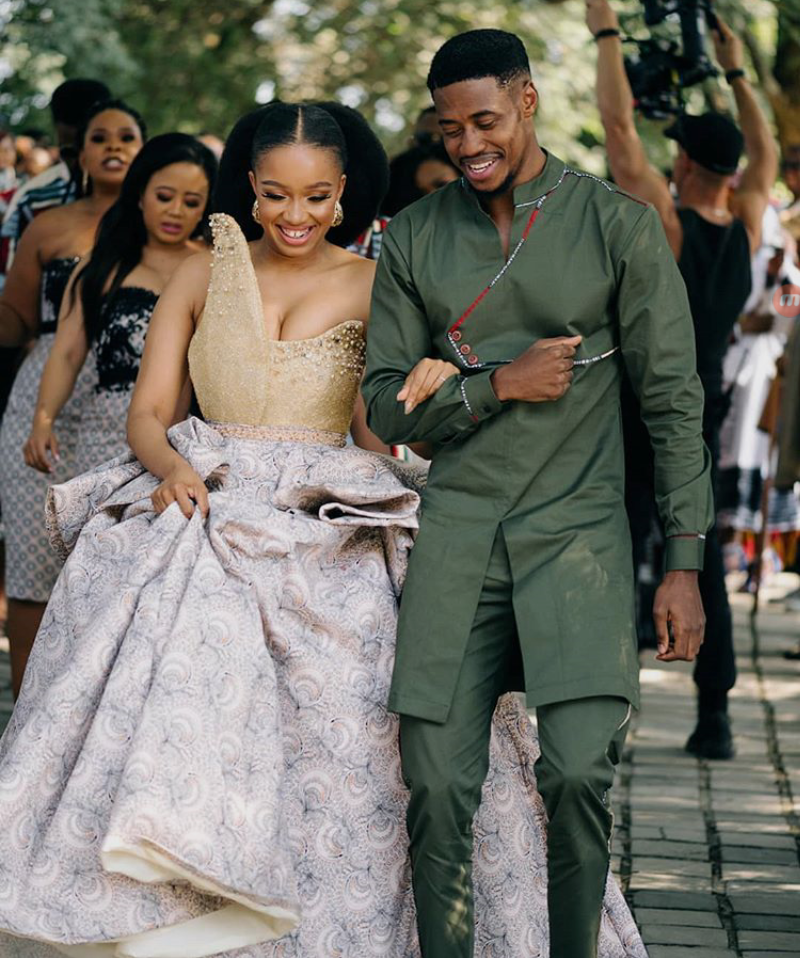 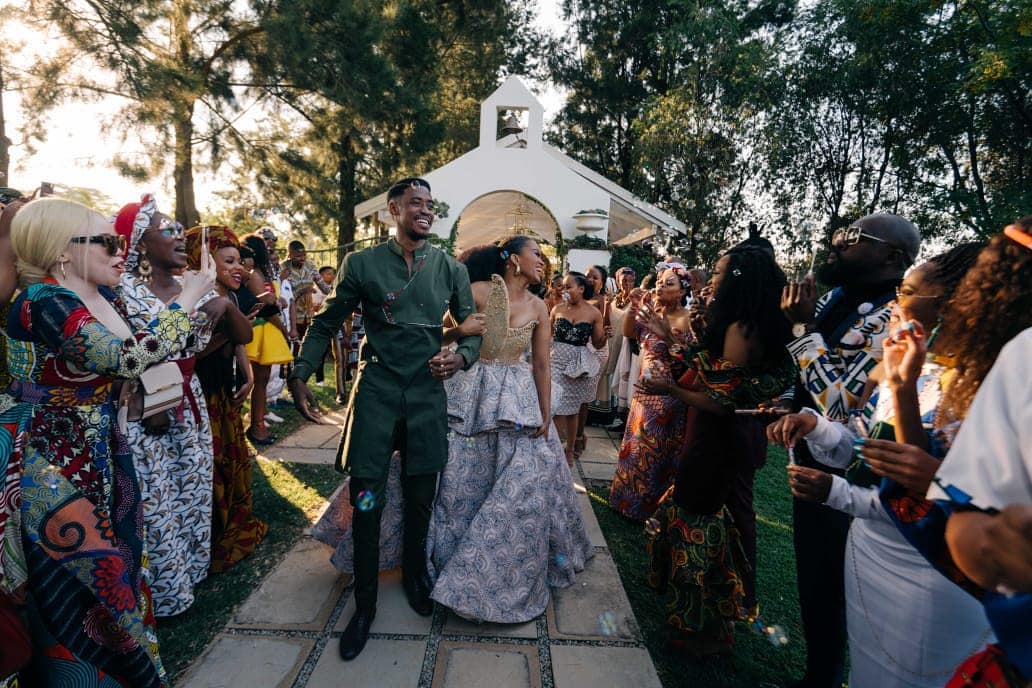 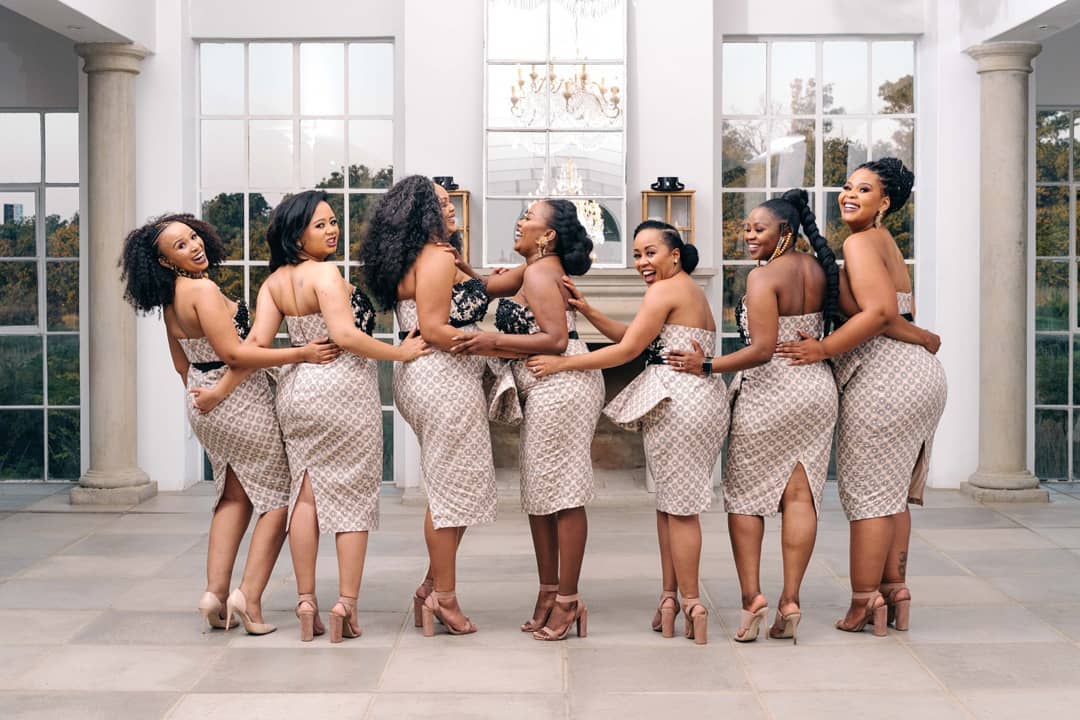 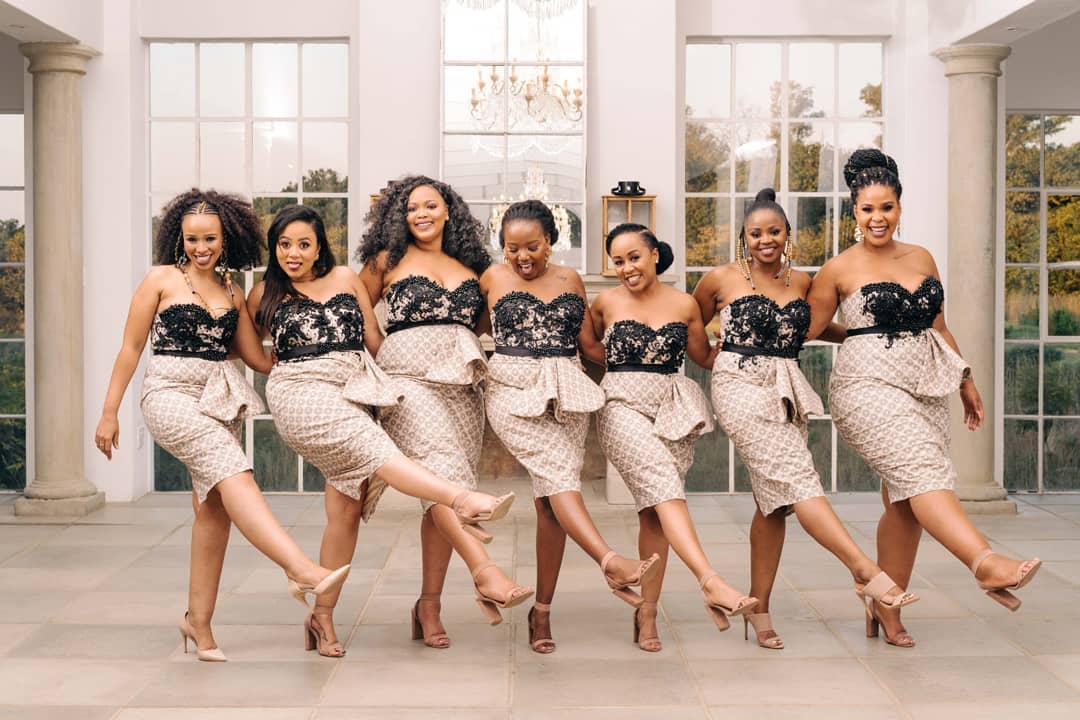 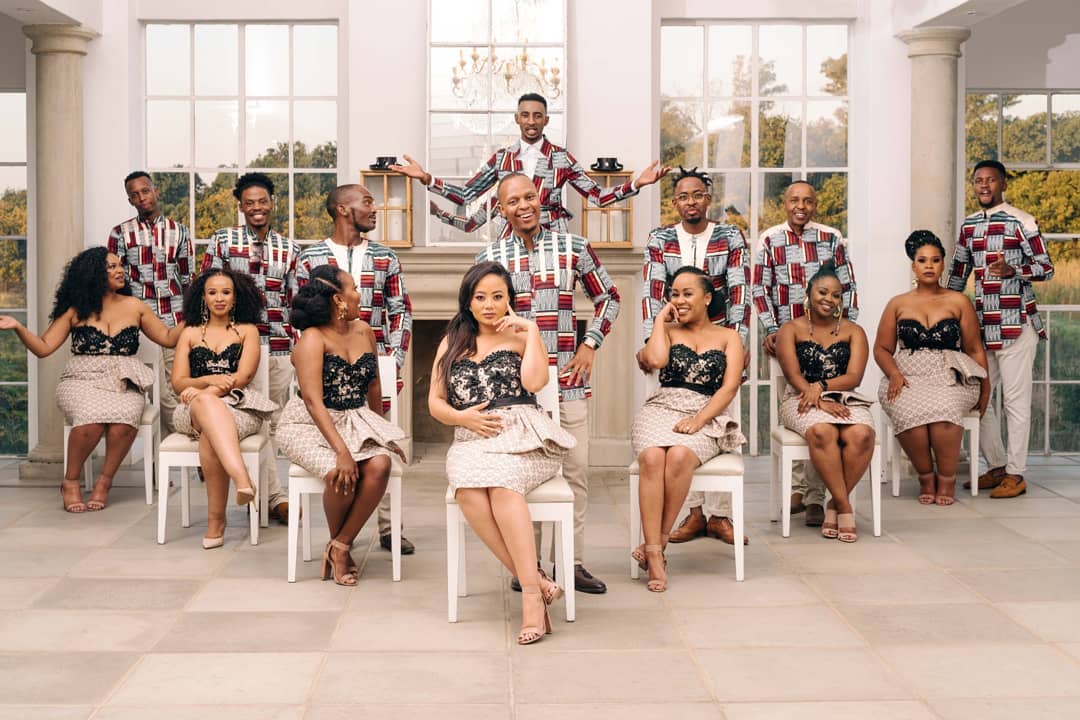 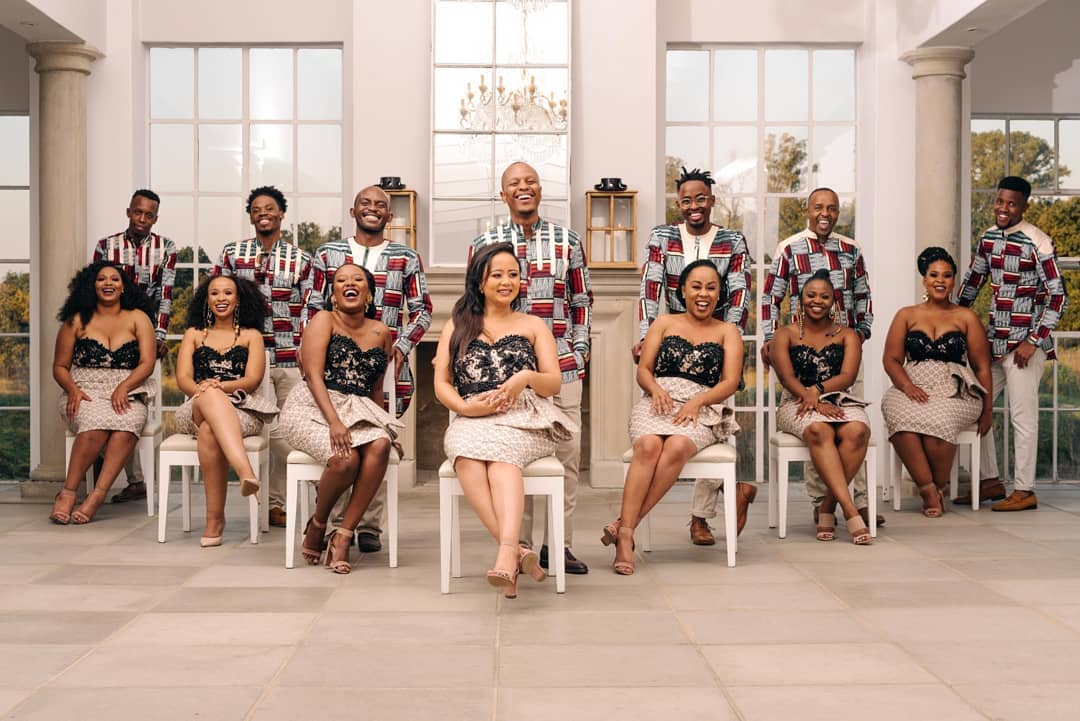 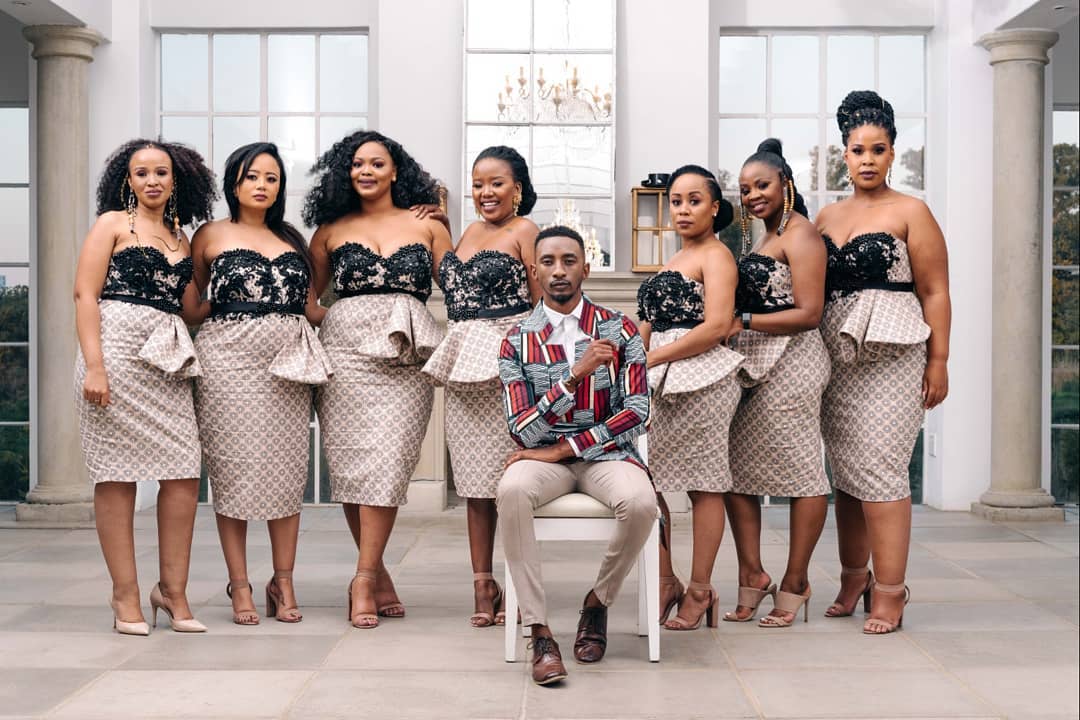 Dineo looked gorgeous in an embroidered off shoulder gown designed by Orapeleng Medupe. While Solo, looked dapper in a bespoke suit by Otiz Seflo. 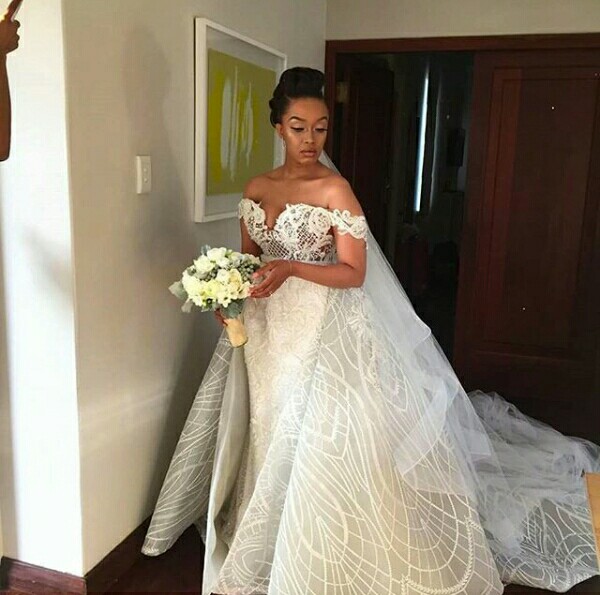 For the reception, she changed into a strapless beaded number by Neviole. For the wedding party, she donned a Khosi Nkosi jumpsuit. Solo looked dapper in a bespoke suit by Otiz Seflo. 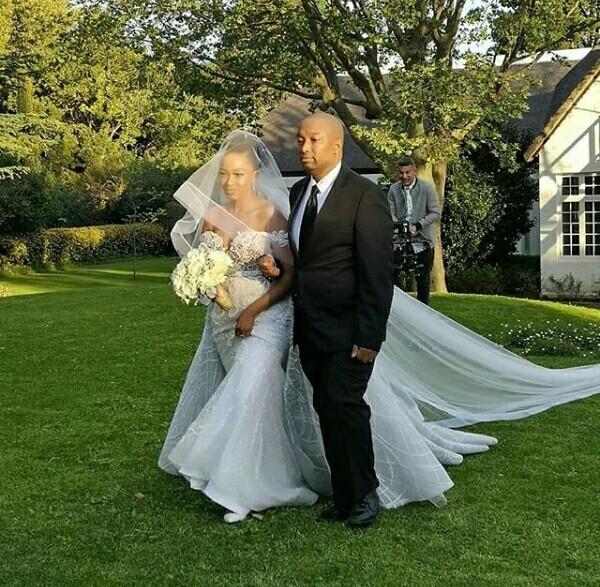 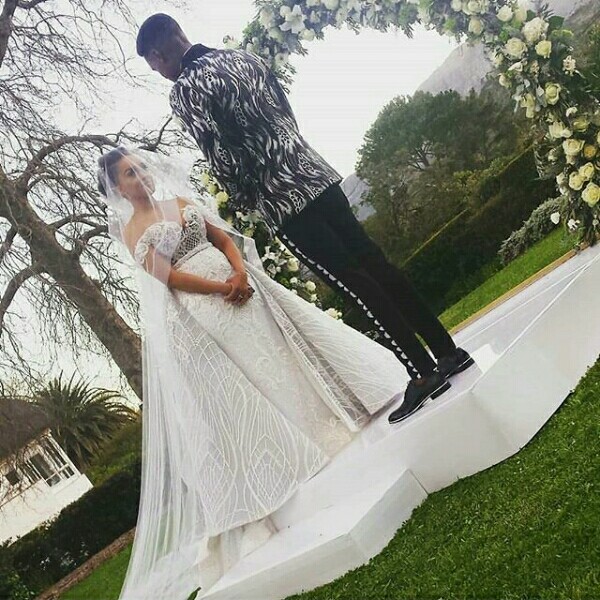 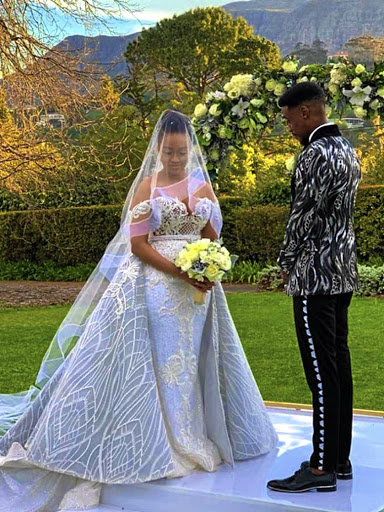 During the taking of vows, Moekoetsi added this beautiful lines: “I vow to have team talks. I vow to speak life in all that you do and build with you no matter the adventure we take,” she said. 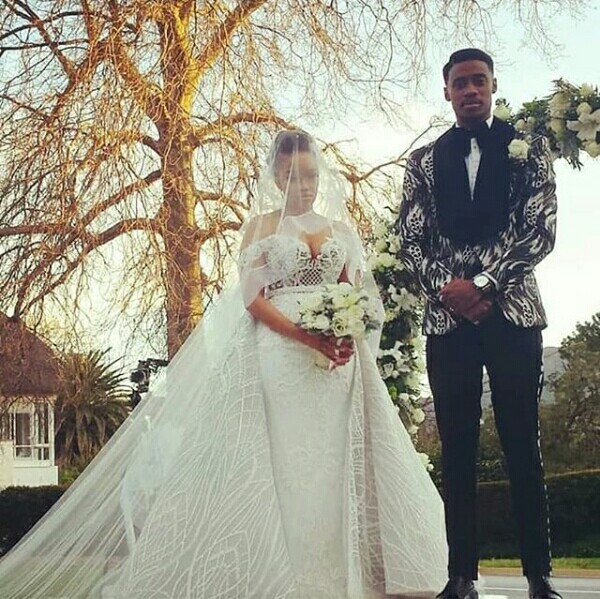