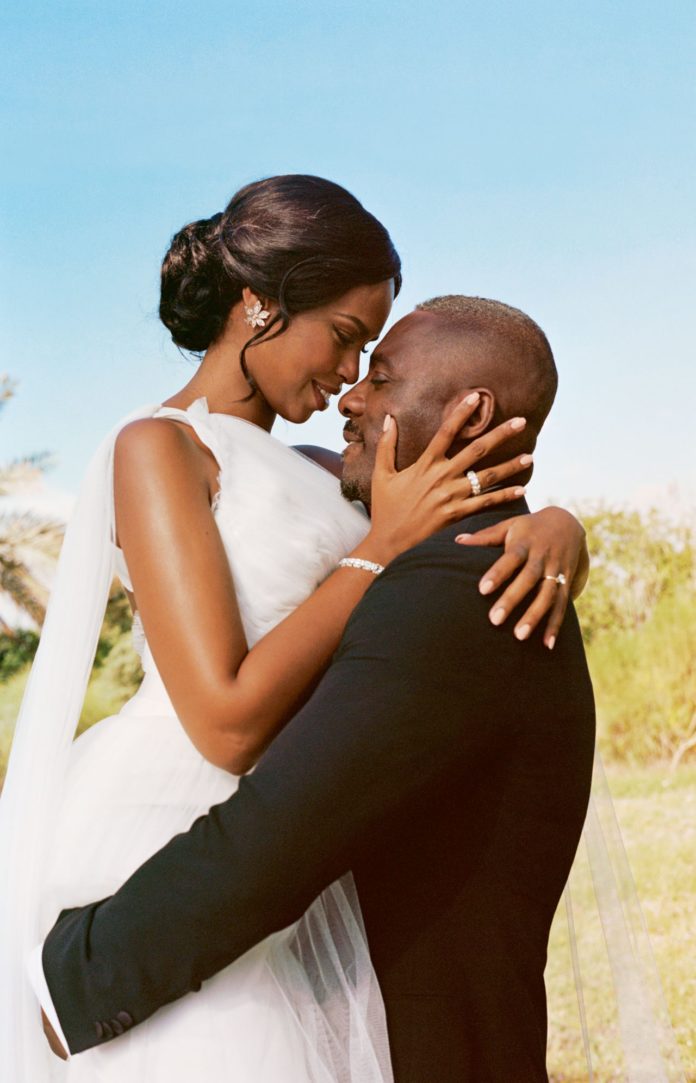 Idrissa Akuna Elba OBE is an Sierra Leonean-British actor, producer and musician. He is known for roles including Stringer Bell in the HBO series The Wire. His wife, Sabrina Dhowre Elba is a Somali-Canadian producer, known for Dantai, Coupledom with Idris and Sabrina Elba. 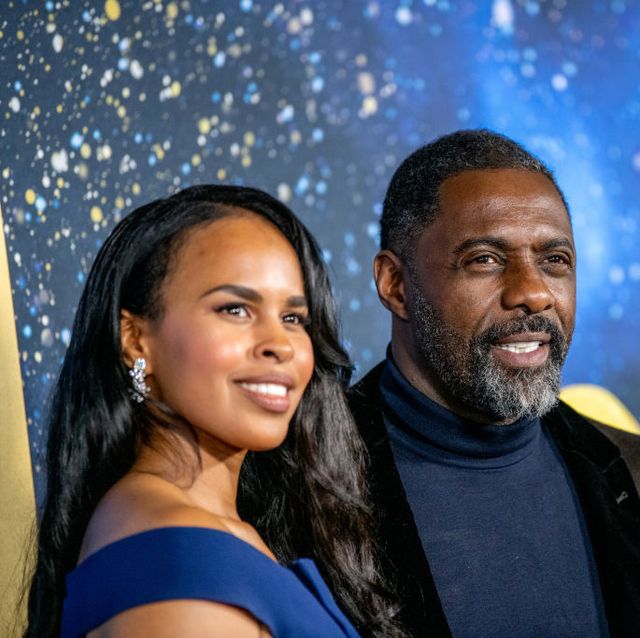 Idris Elba met Sabrina Dhowre in Canada in 2017 where she lived. The couple were engaged in February 2018 ahead of the screening of his film Yardie at Rio cinema and married in the presence of close family and friends on Friday, April 26, 2019. 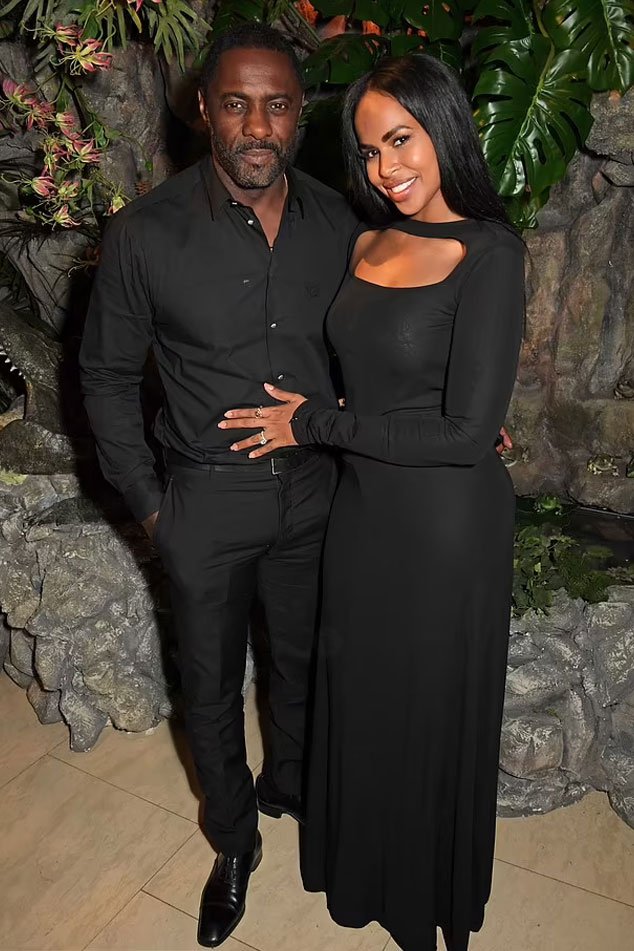 Below is a look into Idris and Sabrina dream wedding album.

The couple had a lavish three day wedding which held in Morocco after the couple exchanged their vows at the Ksar Char Bagh hotel in Marrakesh . 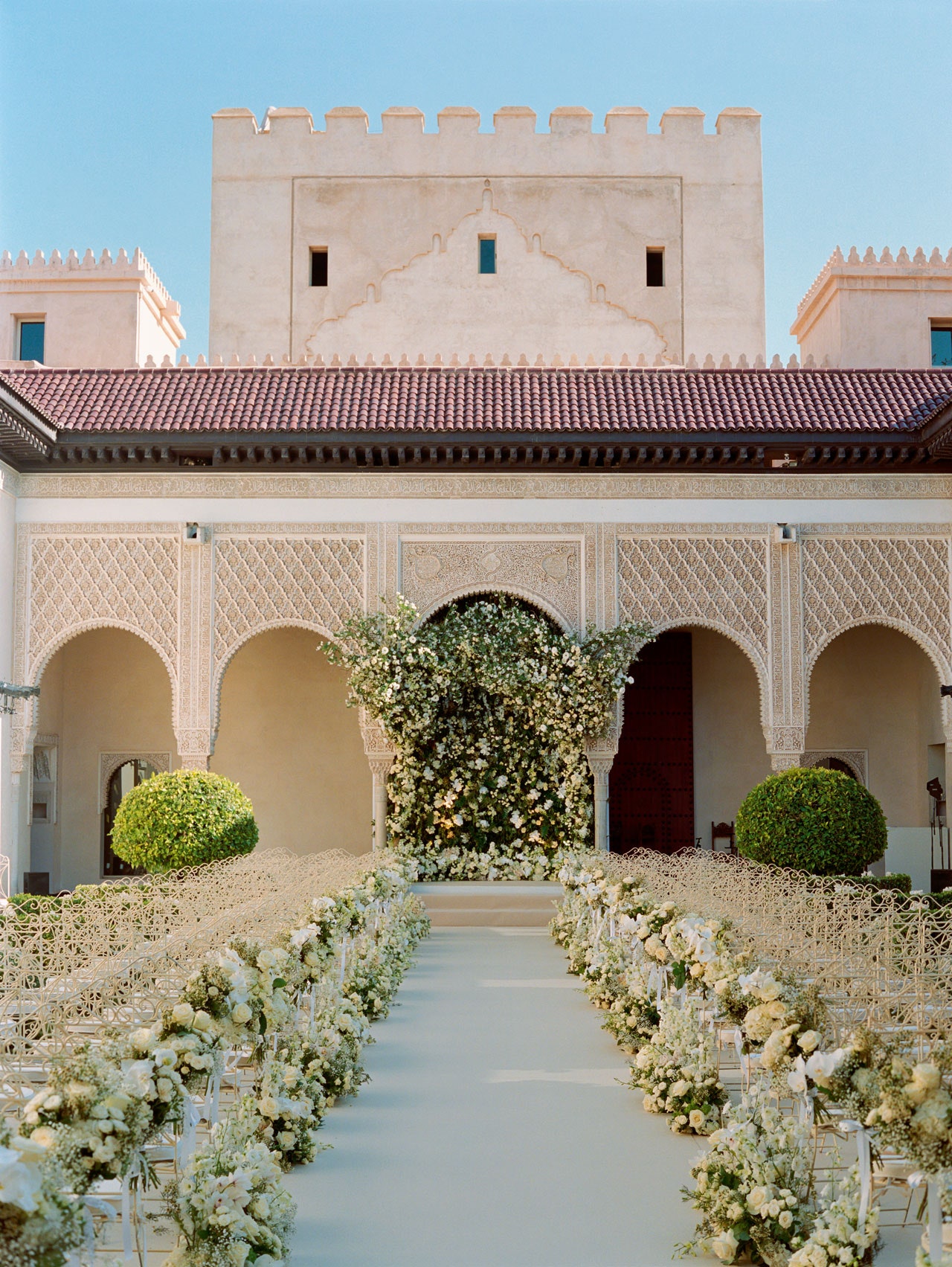 Traditional Somali-inspired looks, with one being an embroidered number by Xarrago and the other an asymmetric dress by Mataano. 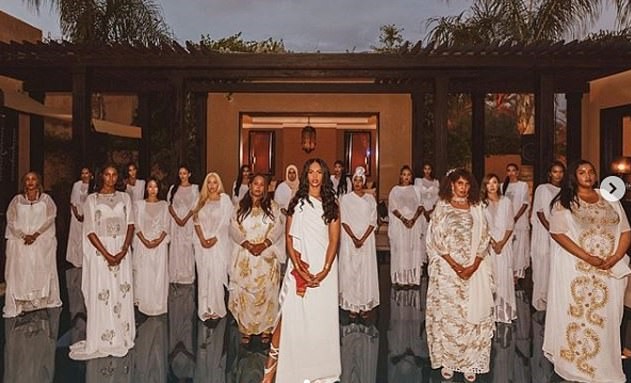 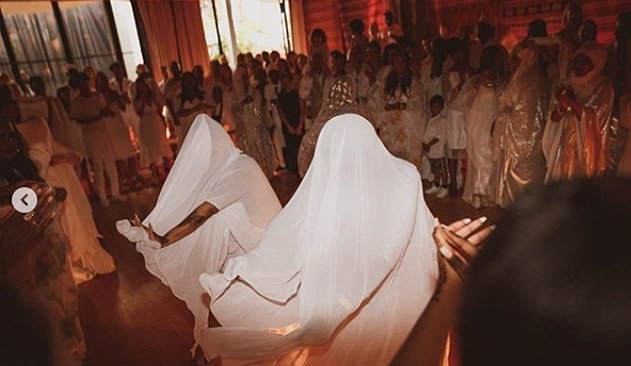 Sabrina and Idris both in Somali culture attire. 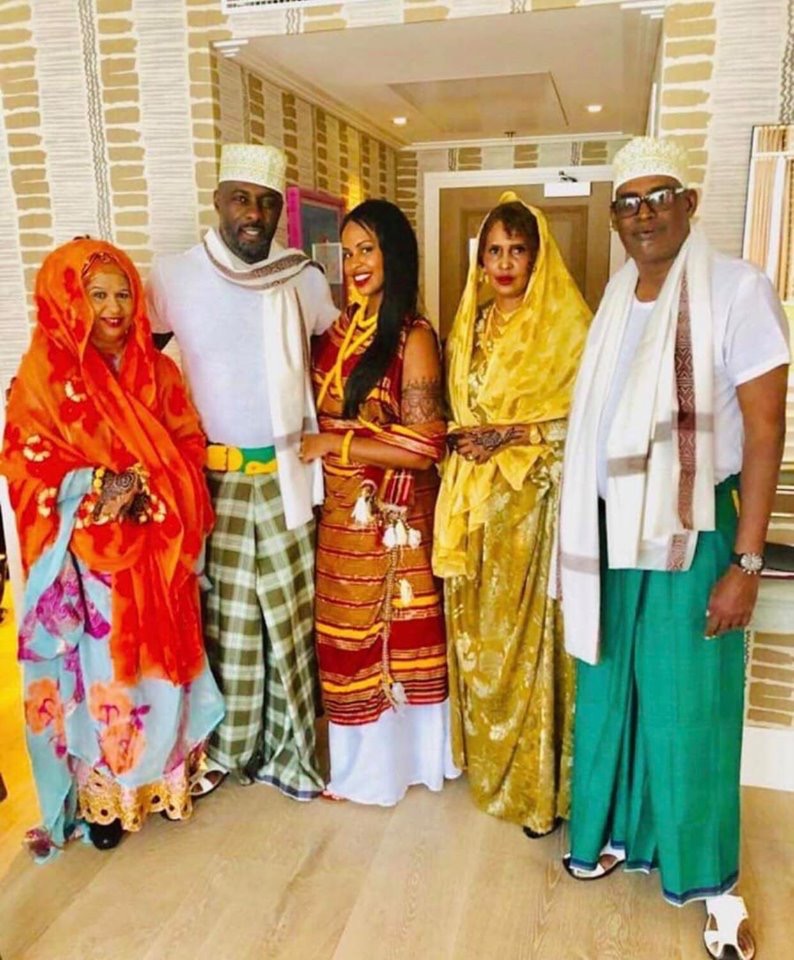 Sabrina completed her look for the day by styling her raven locks into loose waves. 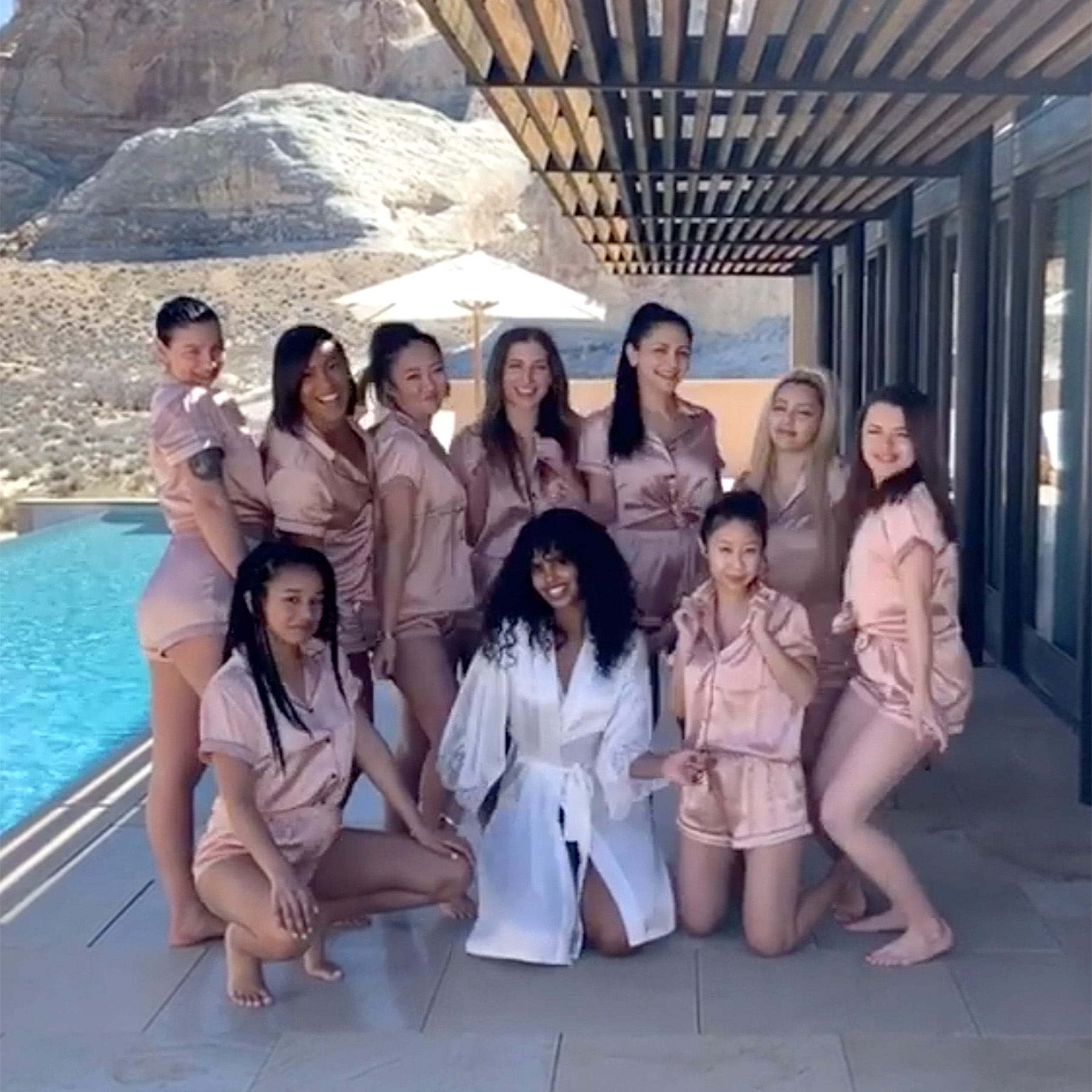 Sabina Dhowre recently celebrated a Utah bachelorette party with a group of friends that had all the essentials: guests wore robes with the words “Bride’s Squad” written across the back, cakes were decorated with the phrase “Future Mrs. Elba” and gift bags read “Team Bride” during the girls trip. 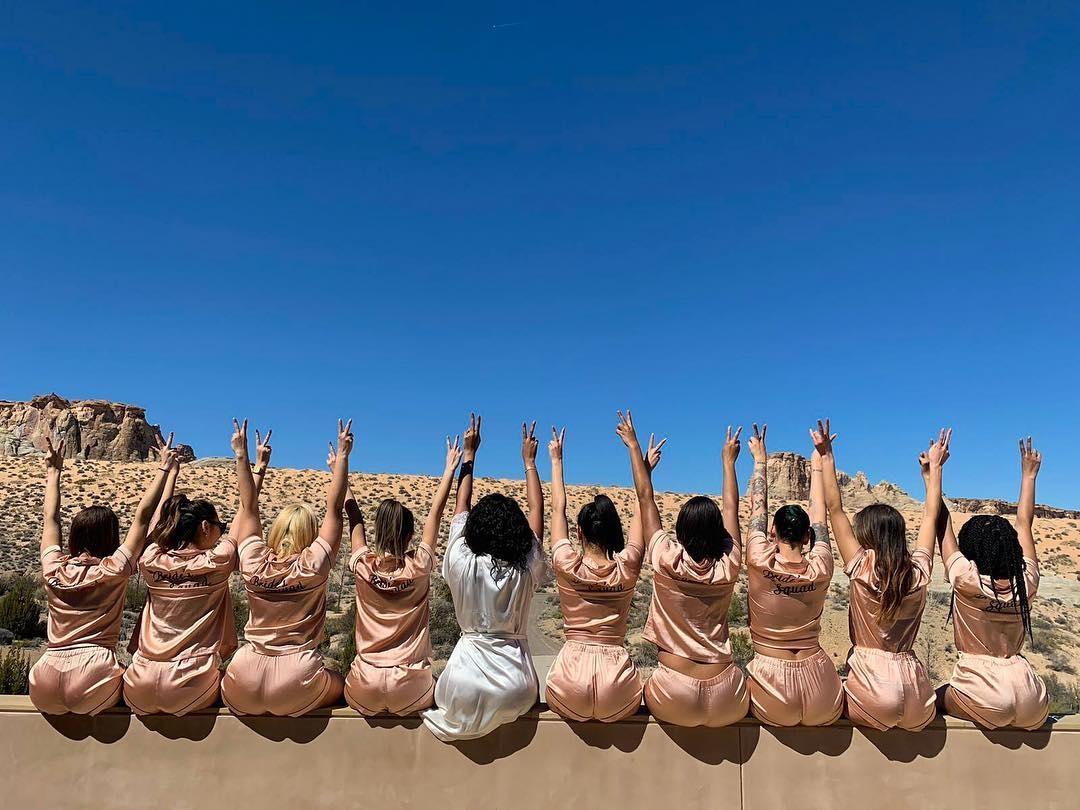 The bride’s custom dresses was by Vera Wang and the groom’s suit by Ozwald Boateng on their wedding day. 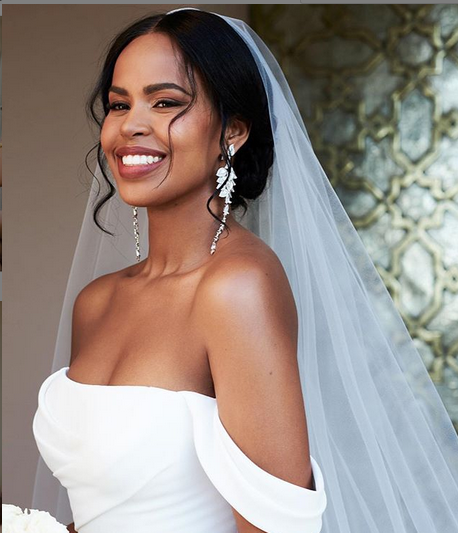 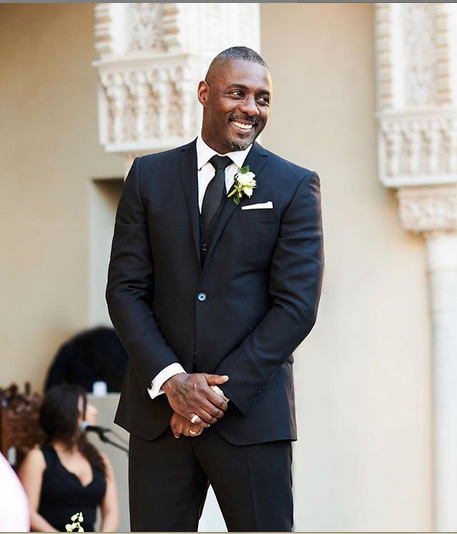 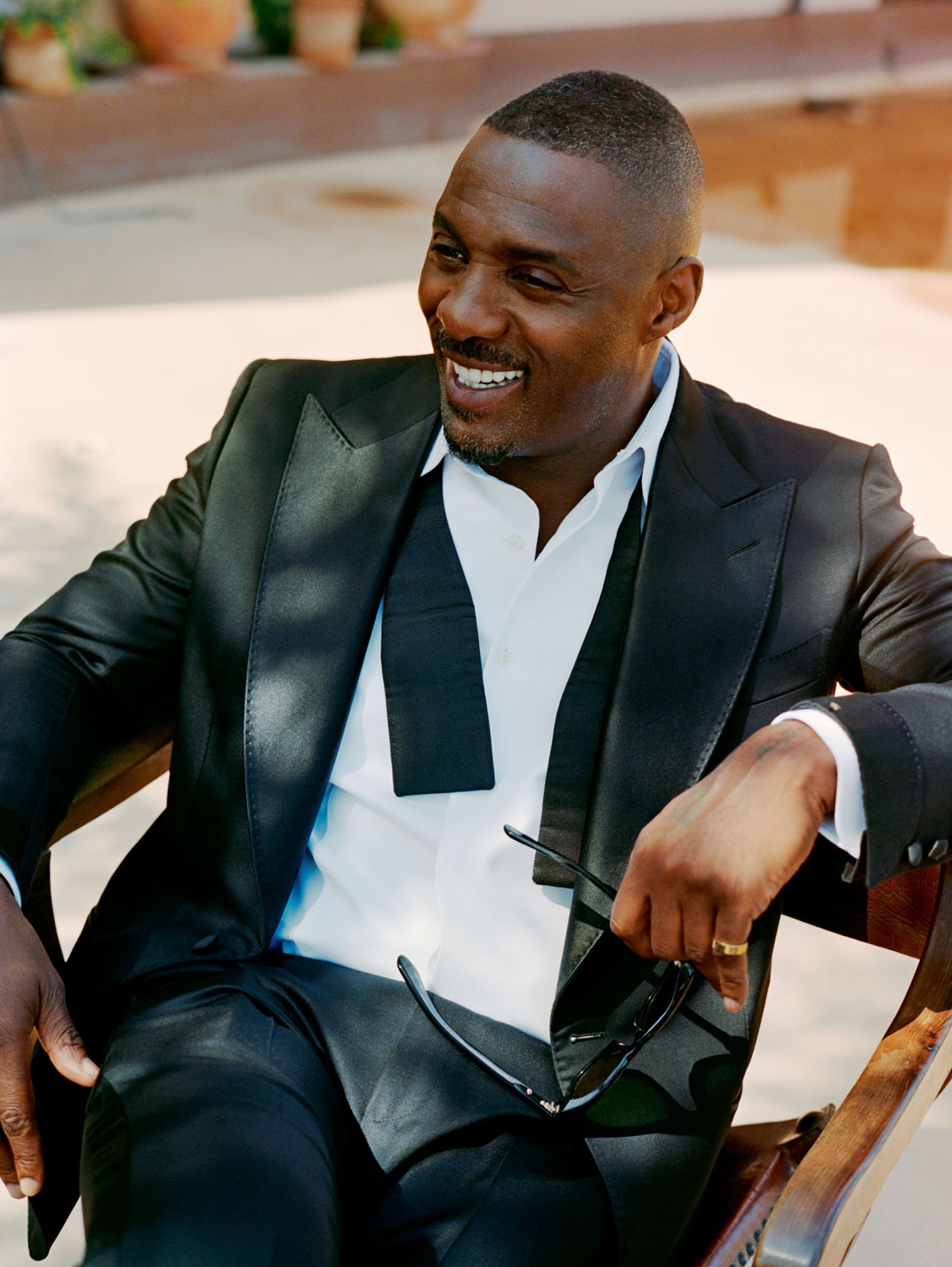 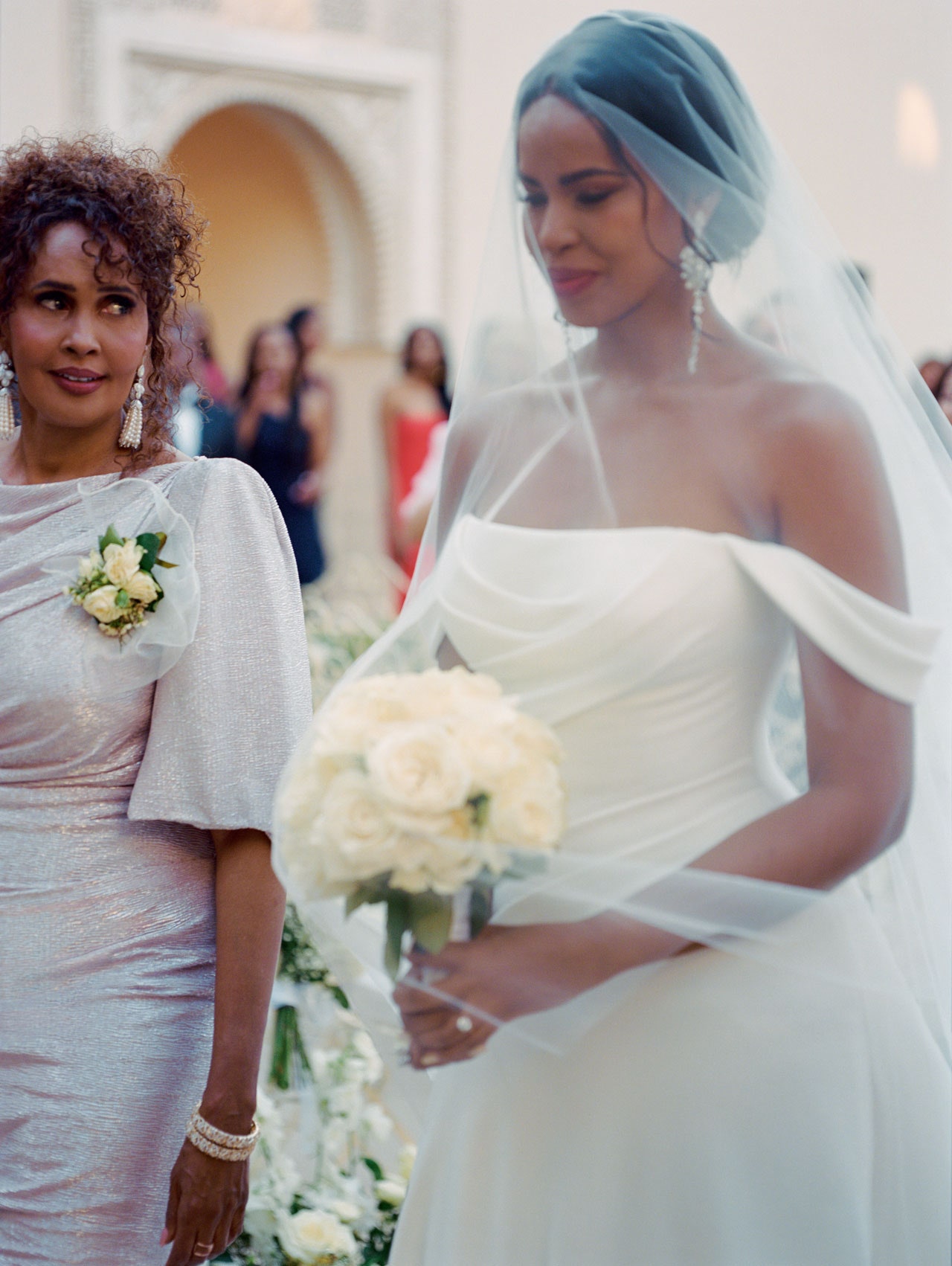 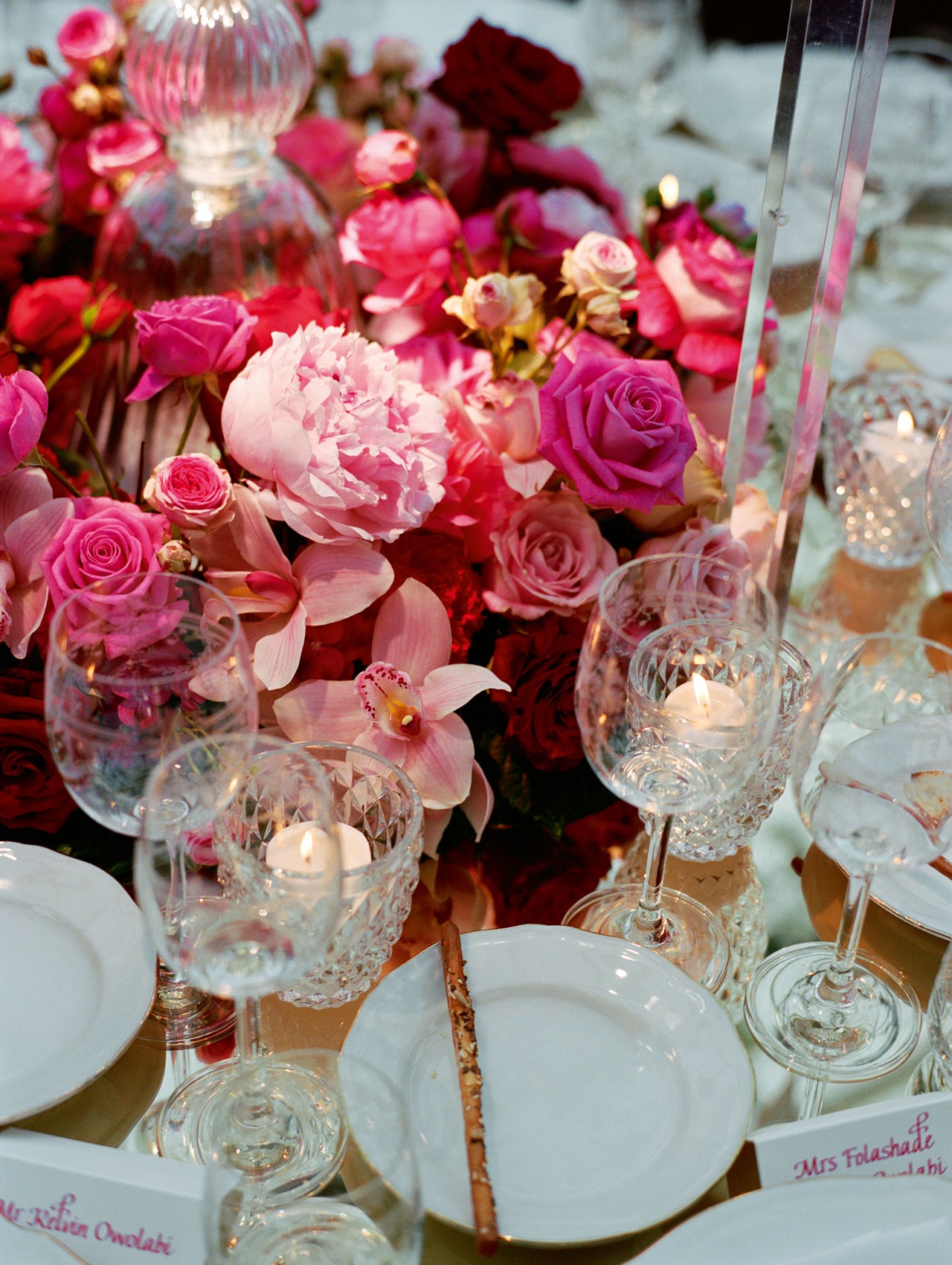 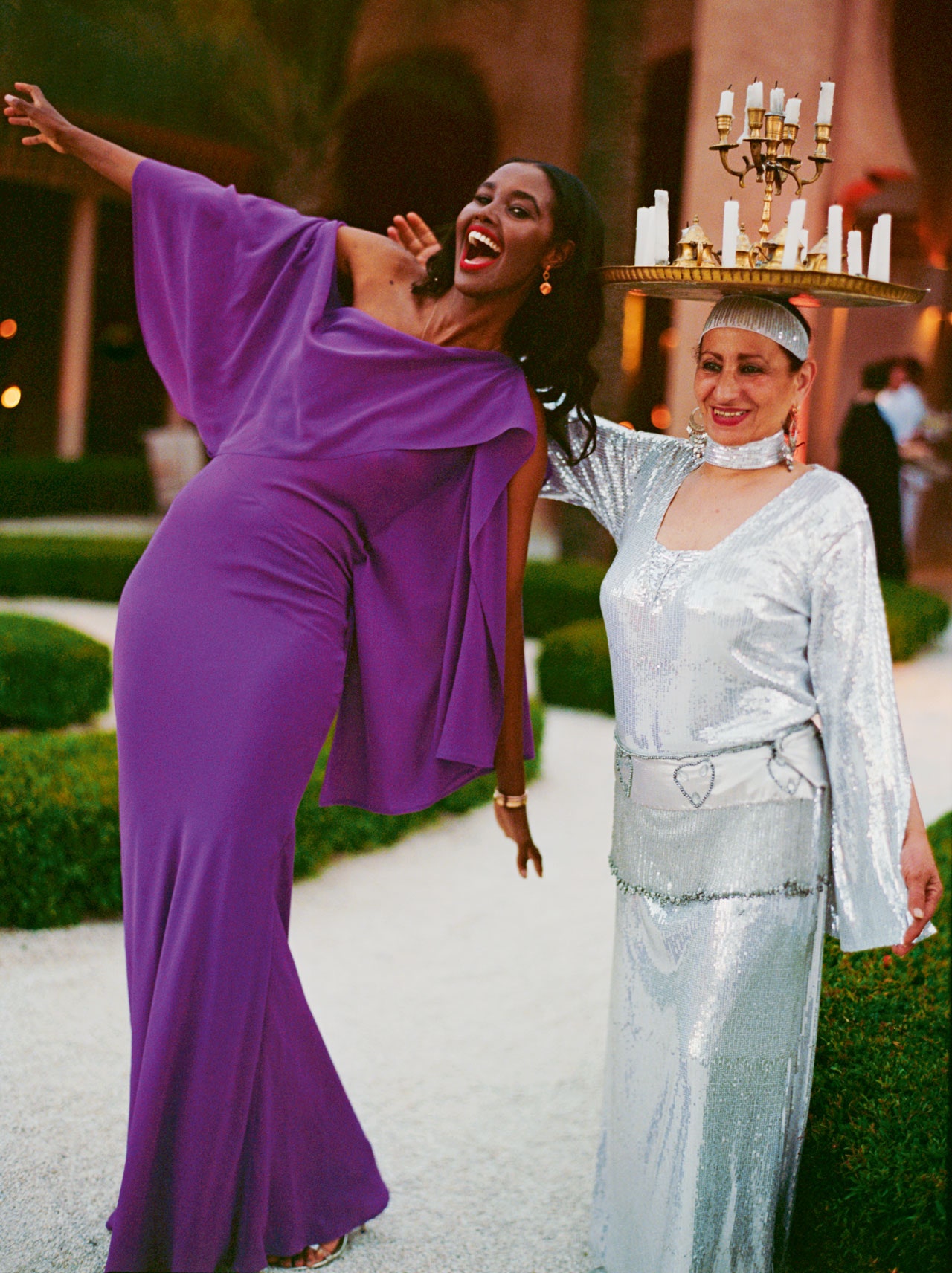 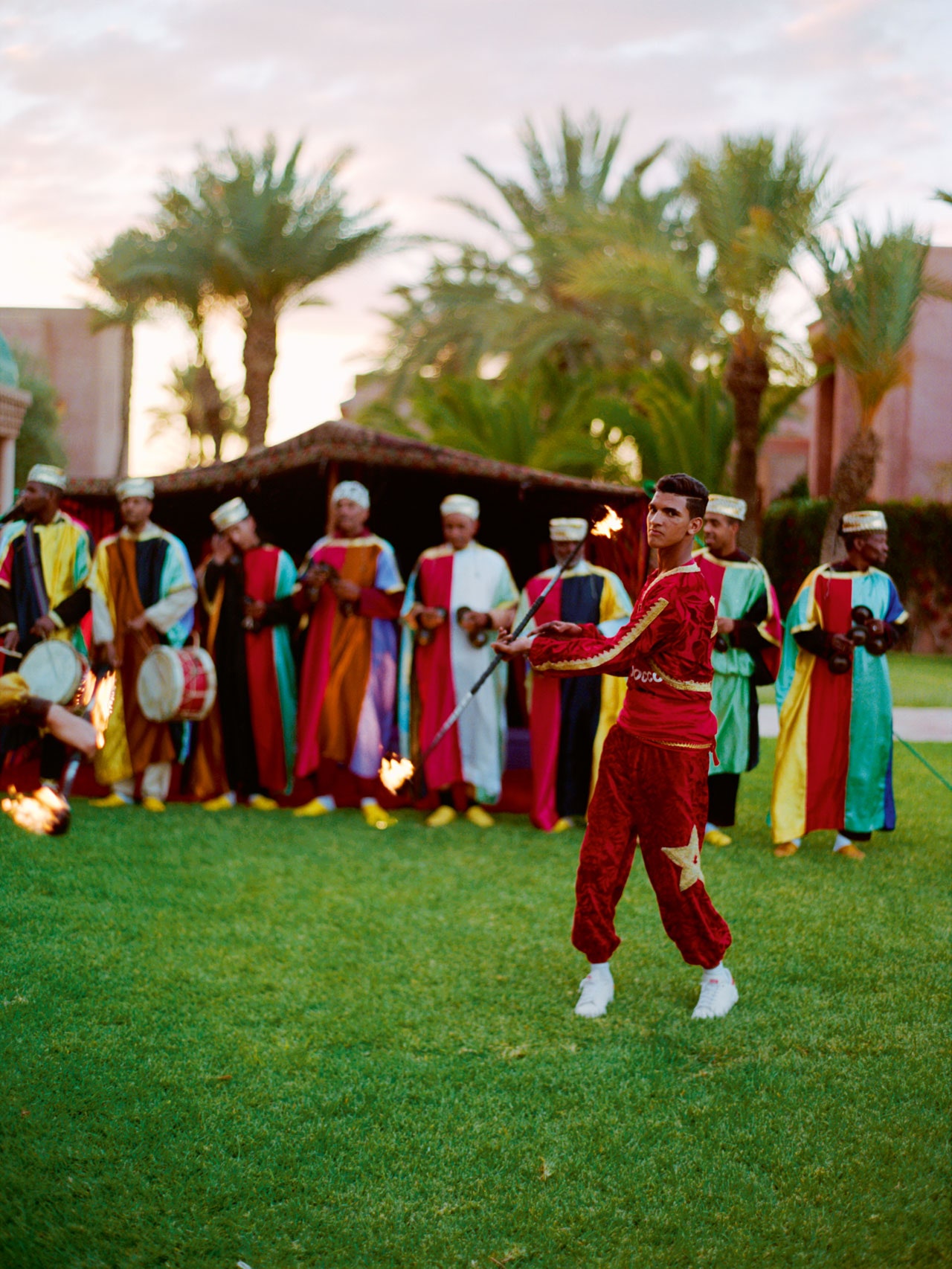 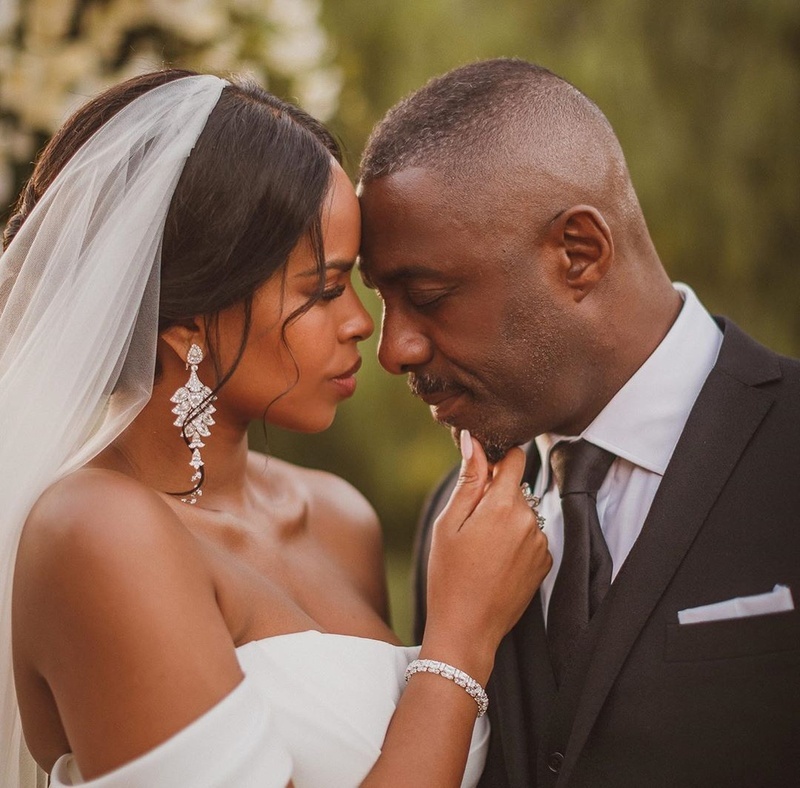 Sabrina’s wedding dress’s clean lines from Ellis Bridals latest collection; the Belgravia Collection which is over flowing with form-fitting dresses and sweeping lines. Capture the stunning sweep of her silken gown and the open neckline with this Ellis Bridals ballgown. 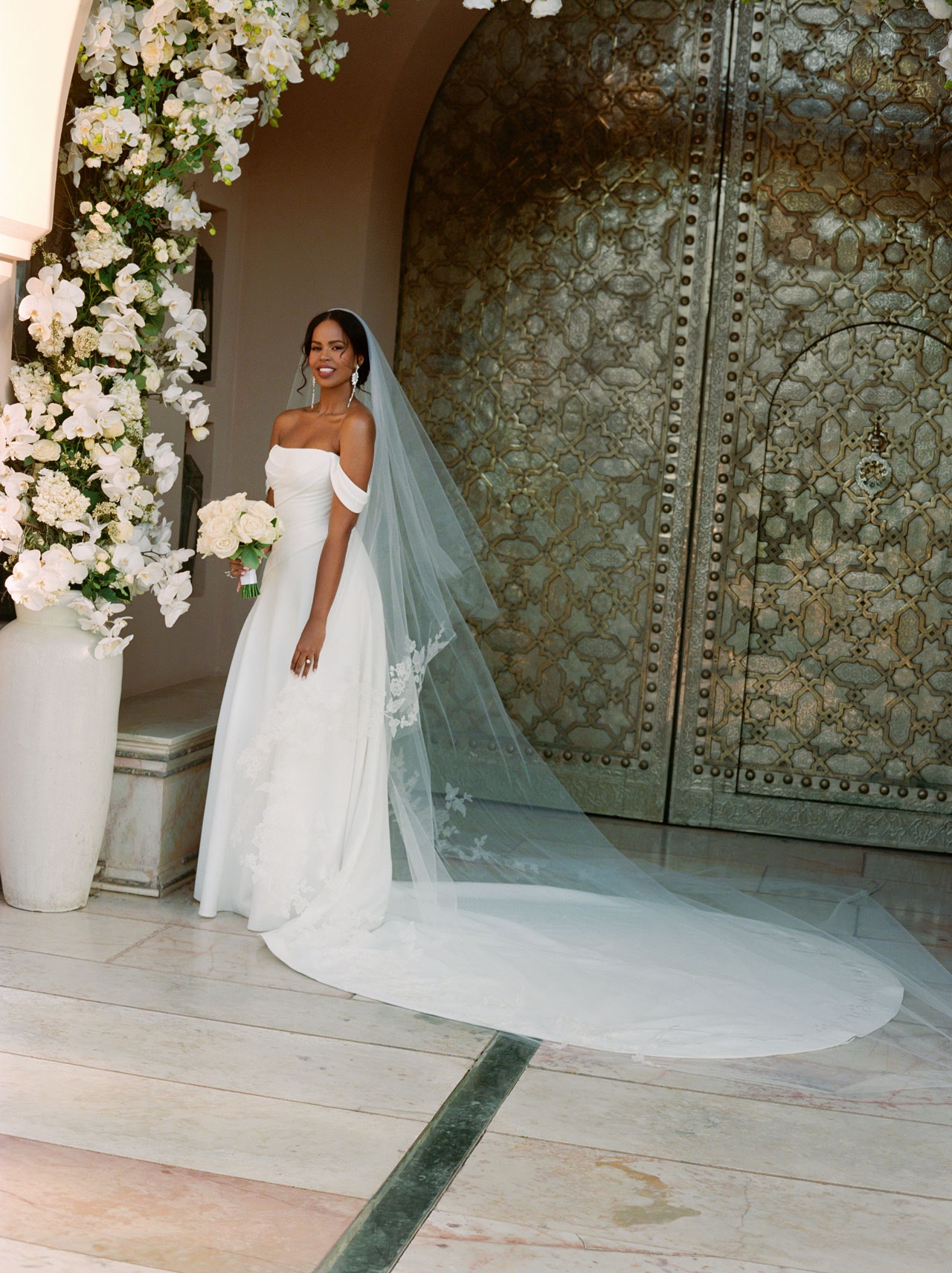 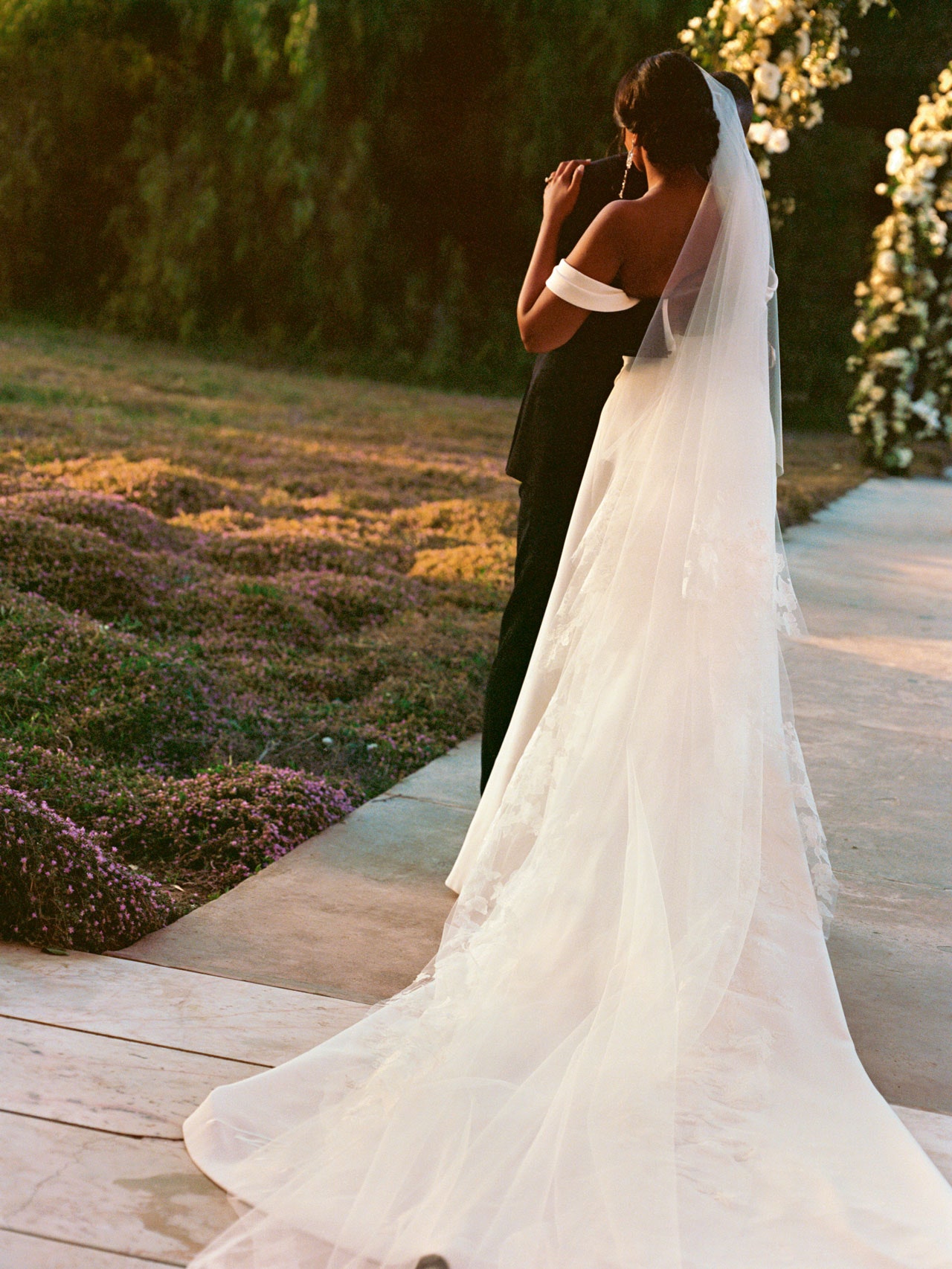 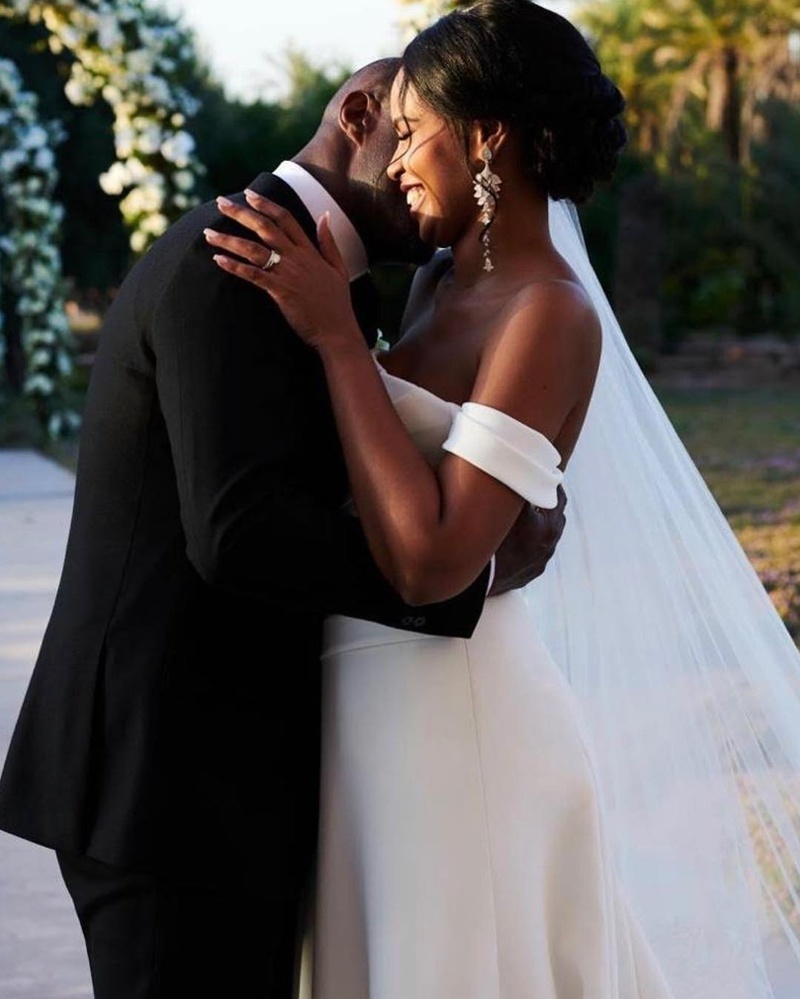 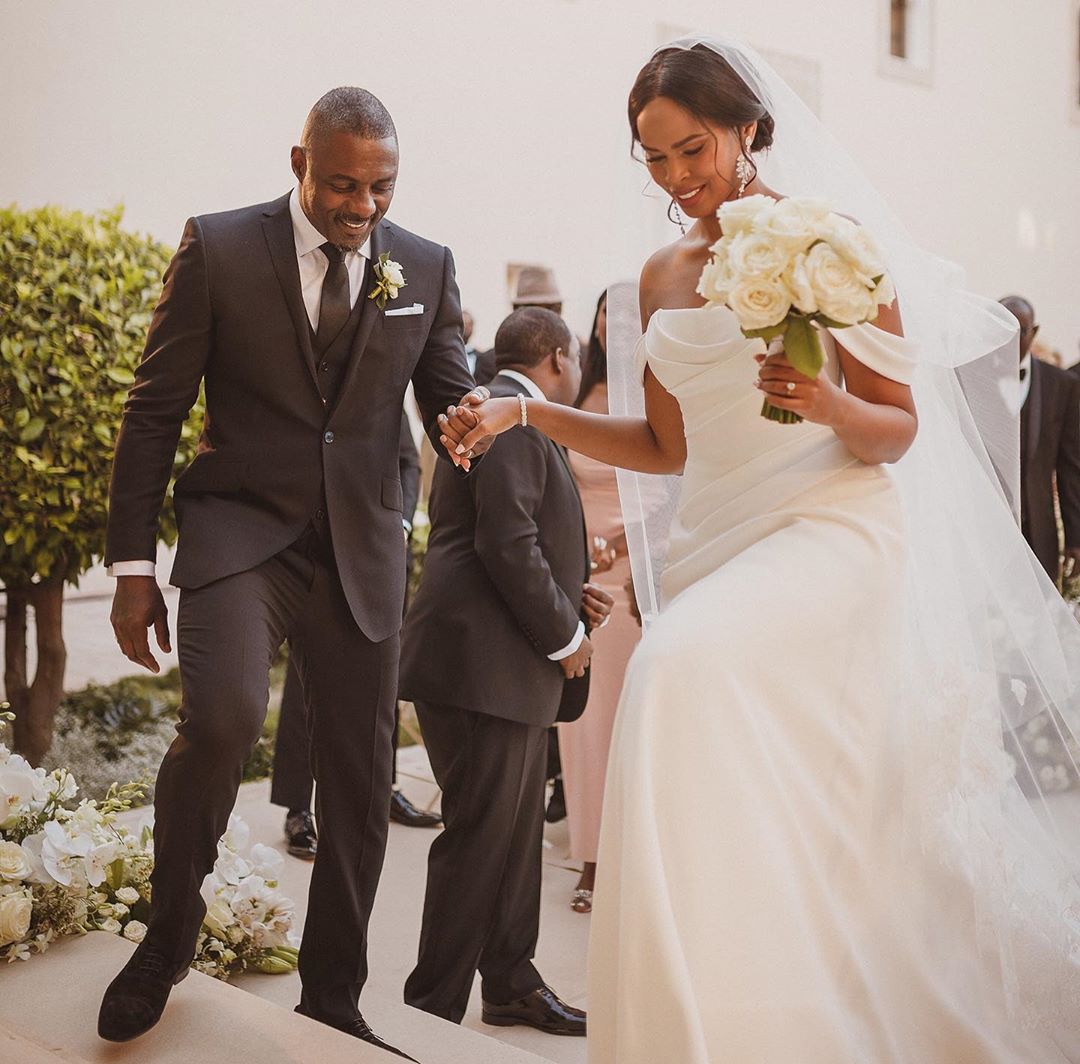 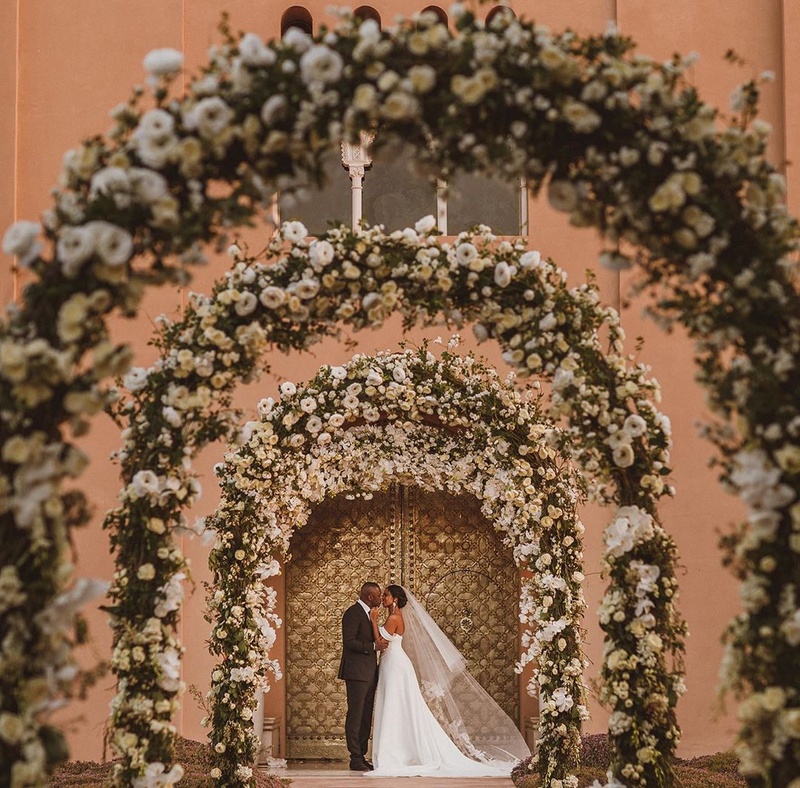 Nigerian music superstar, Davido made a surprise and thrilling performance at the couple wedding. 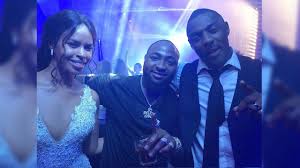 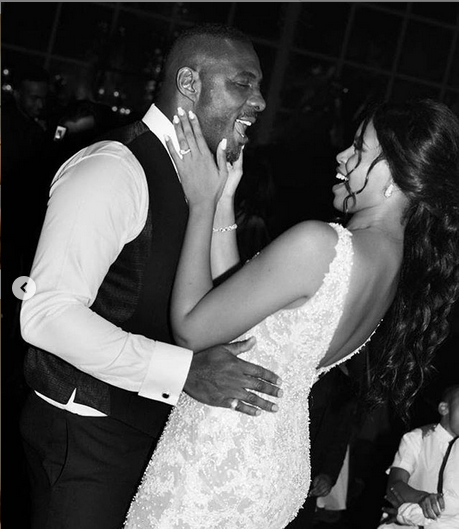