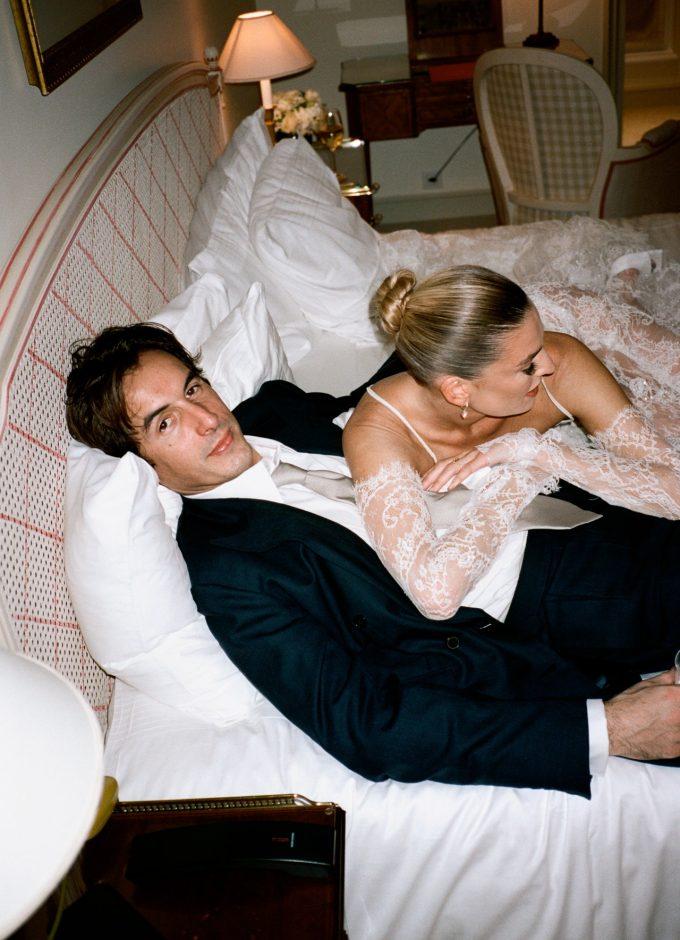 On Saturday, December 11, Camille Charriere married François Larpin in Paris. For the intimate celebration, the most British of Parisians chose to wear not one wedding dress, but three. Each one echoed her trademark edgy style. 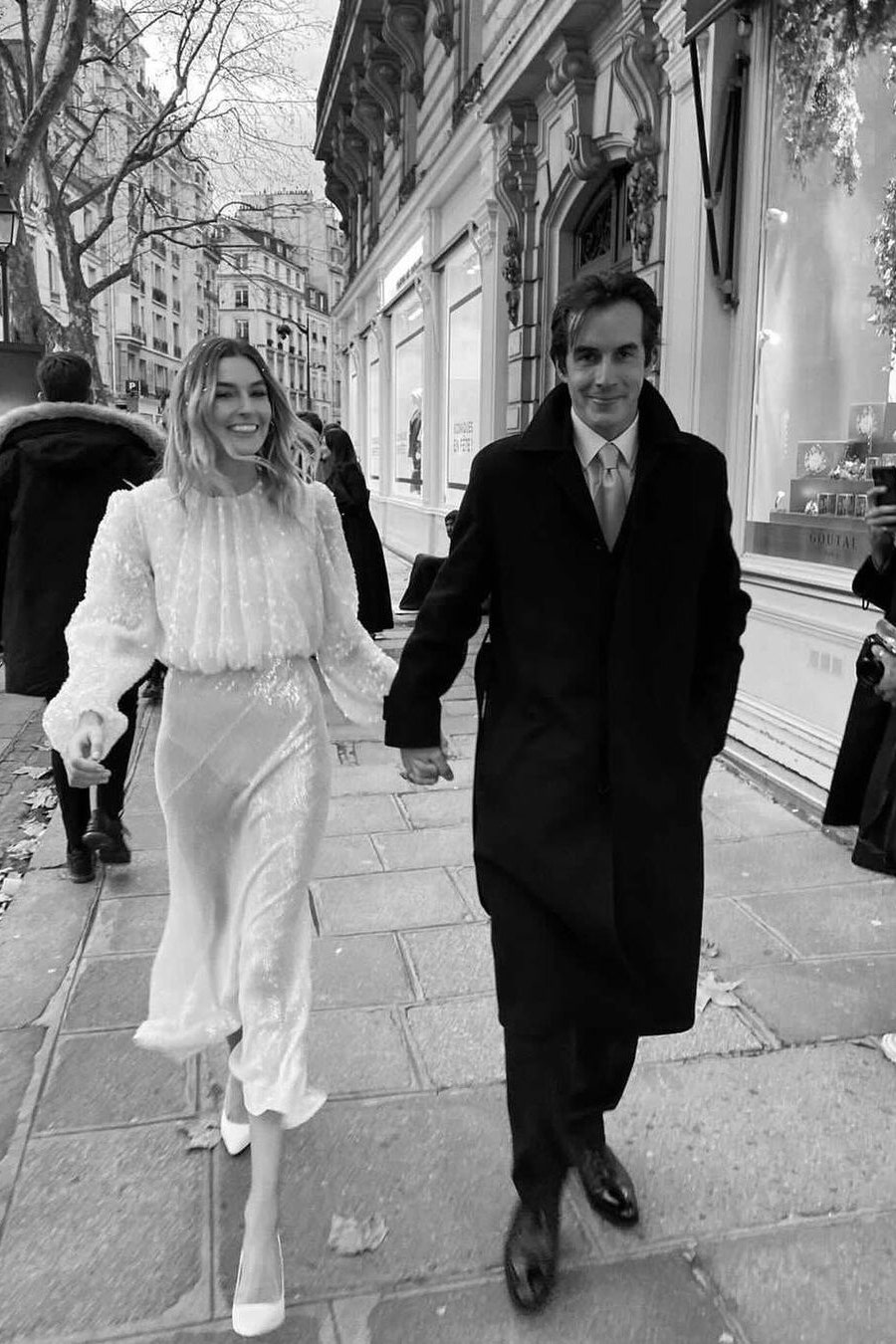 Writer, influencer, and broadcaster Camille Charriere met film producer Francois Larpin at an intimate birthday dinner. “I was seated opposite him and immediately texted a friend to say I’d met my future husband,” Camille, one of the OG bloggers who started the blog, Over the Rainbow, back in 2010, remembers. 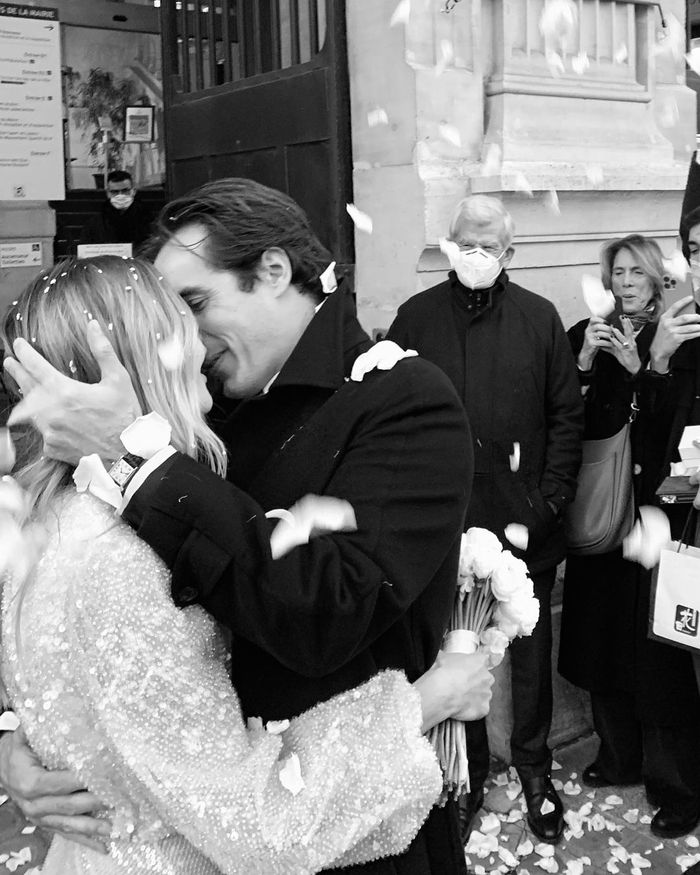 Though the chic and and elegant wedding took place in Paris, it nonetheless featured a few strokes of London-style fantasy, since the theme was none other than the Roaring Twenties. On the square in front of the town hall, Camille Charrière wore a vintage iridescent and transparent white dress with puffed sleeves 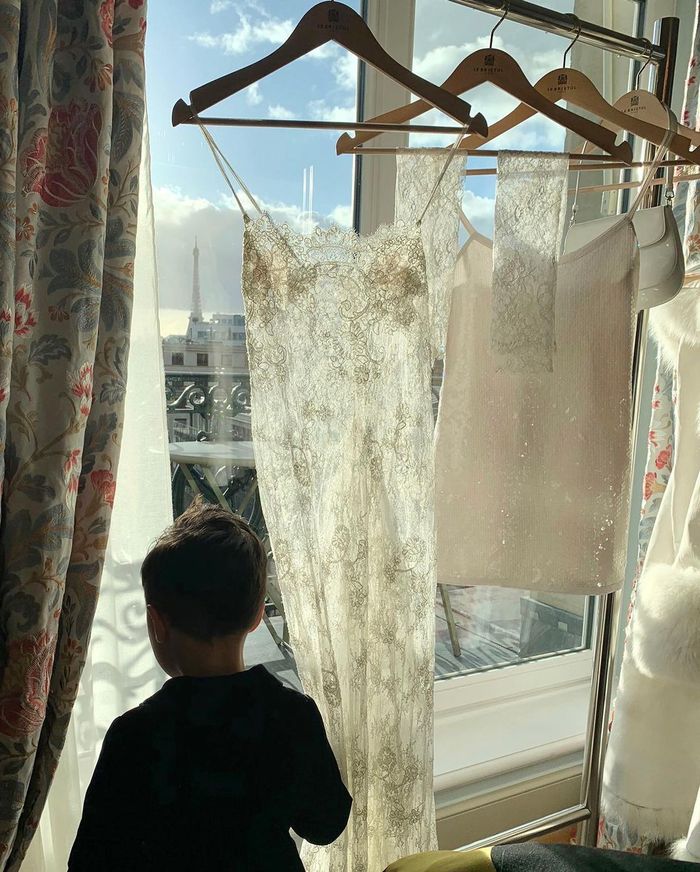 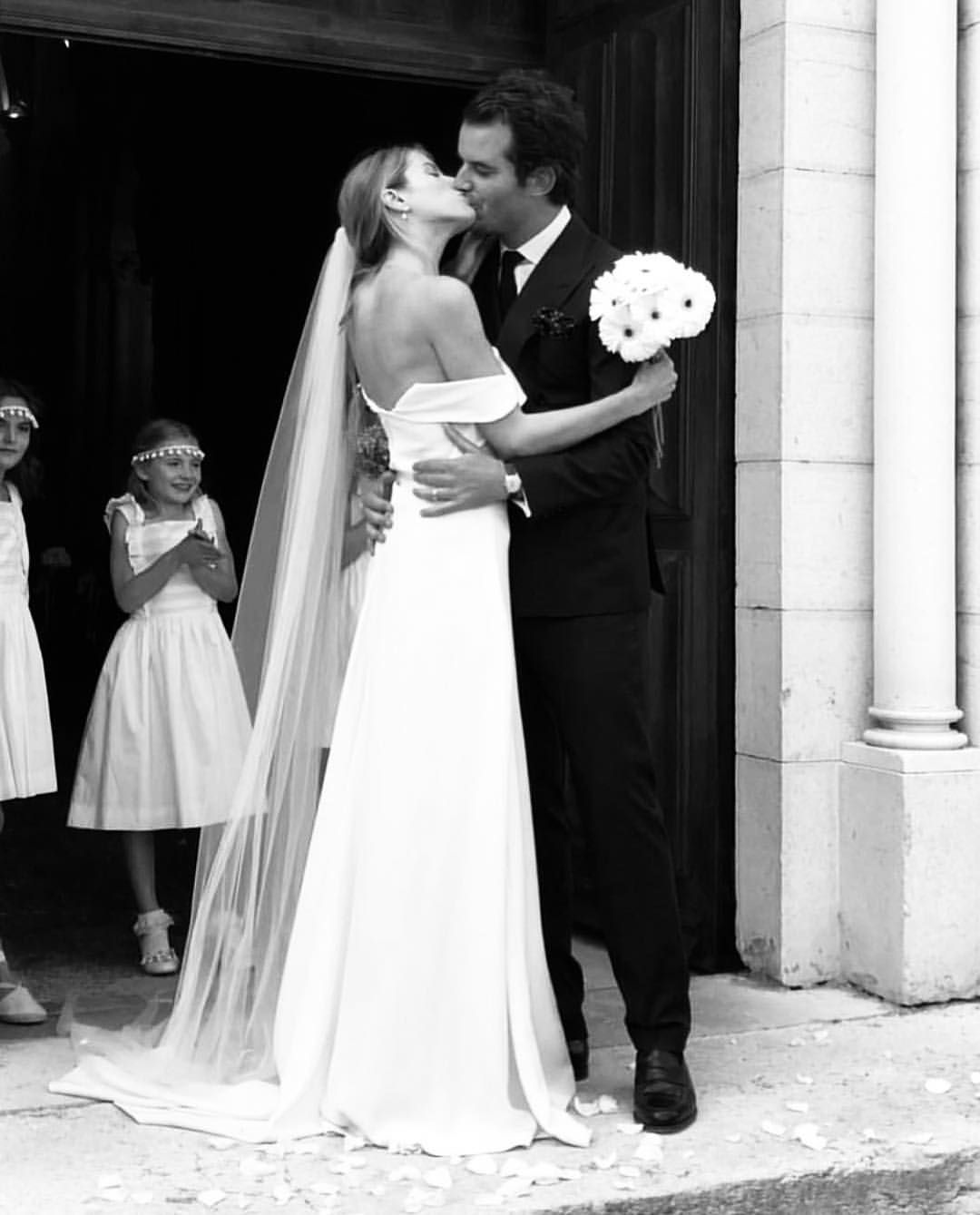