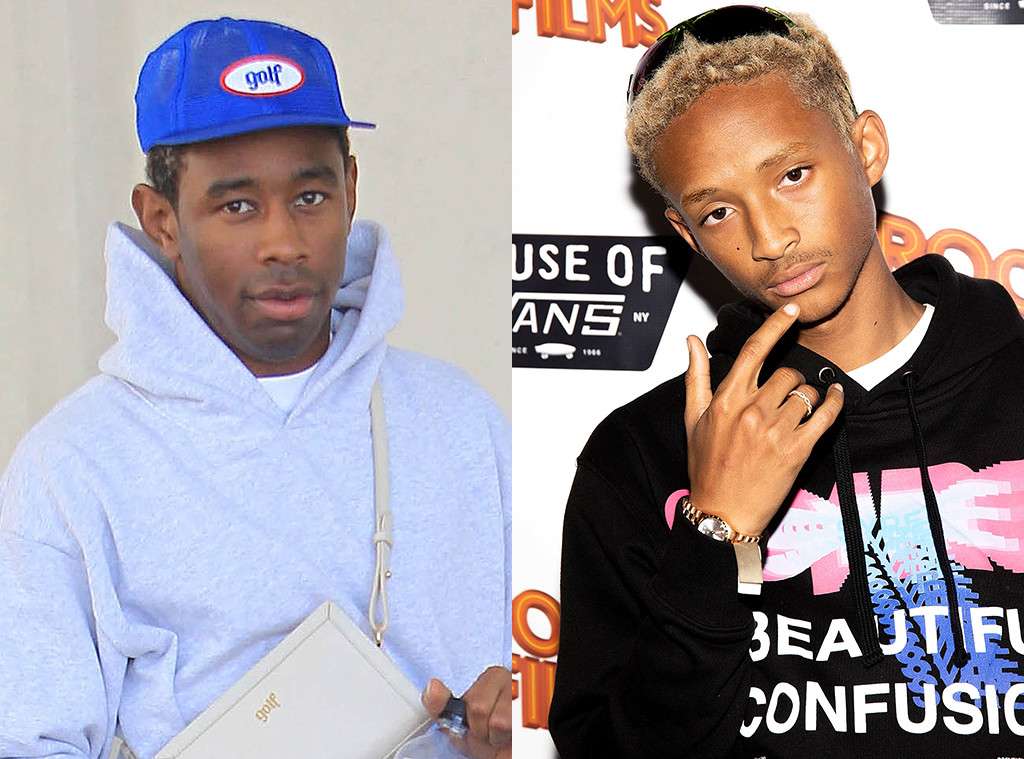 Jaden Smith has always been vocal about his affection for Tyler the Creator. Recently, the 20-year-old rapper professed his love for the founder of Carnival, at the Camp Flog Gnaw, where he said that: “I just want to say Tyler, the Creator is the best friend in the world and I love him so f–king much,”. He also added that: “And I want to tell you guys something. I want to tell you. Tyler doesn’t want to say, but Tyler’s my mother f–king boyfriend, and he’s been my mother f–king boyfriend my whole f–king life. 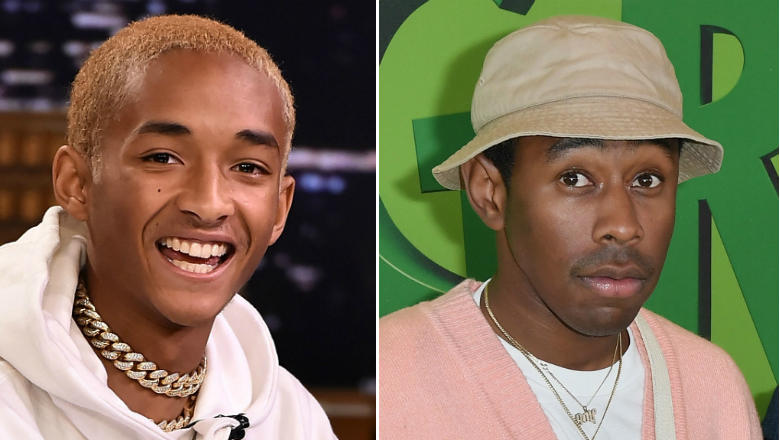 Tyler, the Creator is my f–king boyfriend. It’s true.”  Shockingly, the camera focused on Tyler at that moment, to reveal him wagging his finger in the air in a back and forth manner , as if saying no, after which he laughed hysterically. Jayden also tweeted at Tyler, in a tweet he later deleted, saying that: “Yup @tylerthecreator I Told Everyone You Can’t Deny It Now.””Hahaha,” he tweeted back. 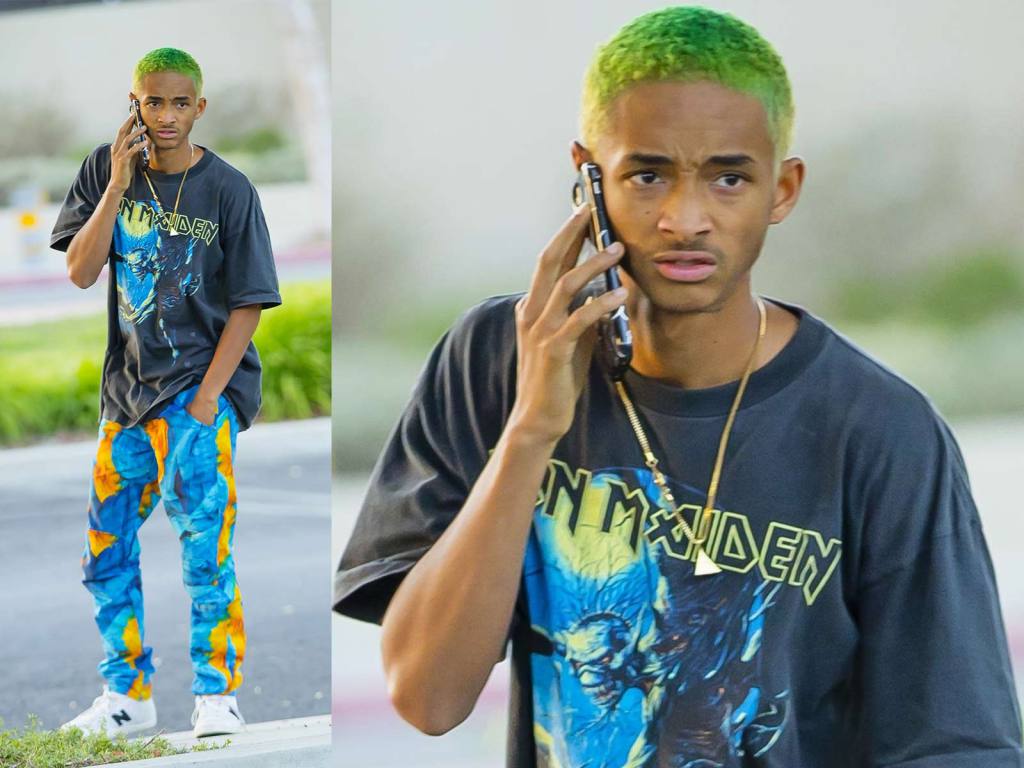 “You a crazy n—a man.” Tyler, the Creator’s reactions however negates Smith’s revelations and has constantly lead people to believe the statement is all a joke. However, Smith’s stance has since not changed as during an Apple Music Beats 1 Radio show released on Friday, where he was promoting his The Sunset Tapes: A Cool Tape Story mixtape , he reiterated that: “I recently said that Tyler, the Creator is my boyfriend and that’s true, so just so you know.” 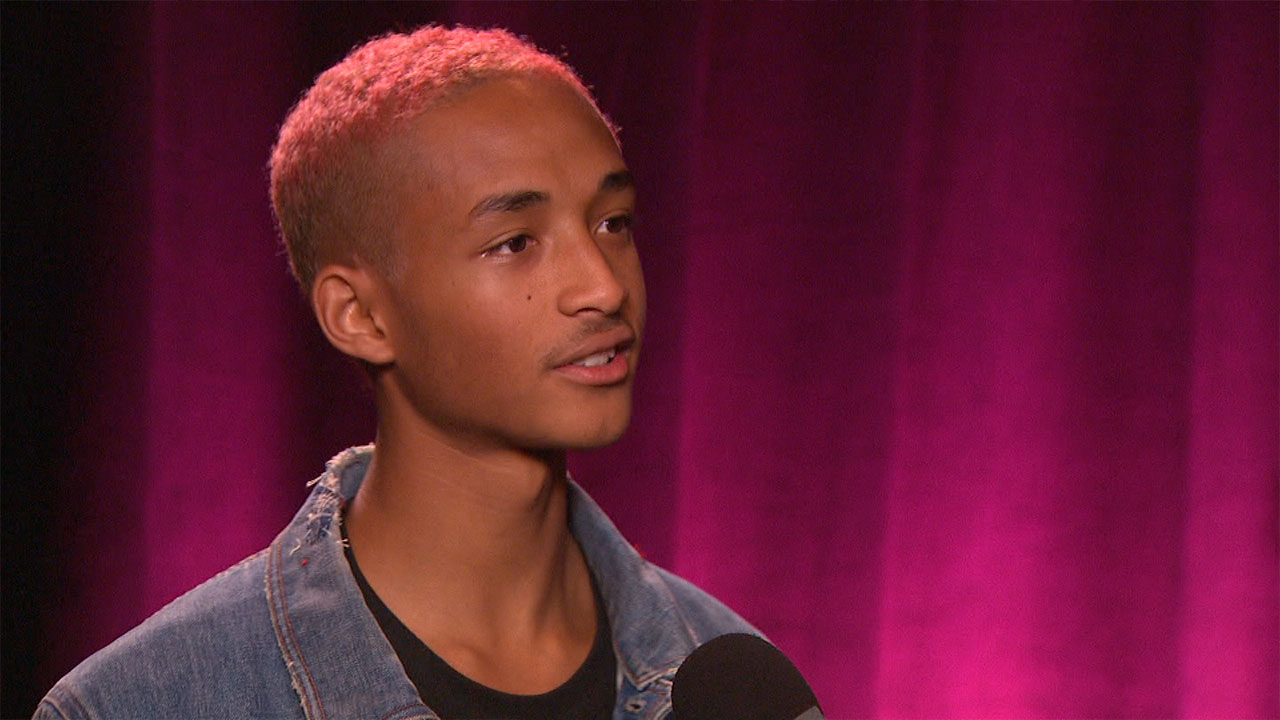