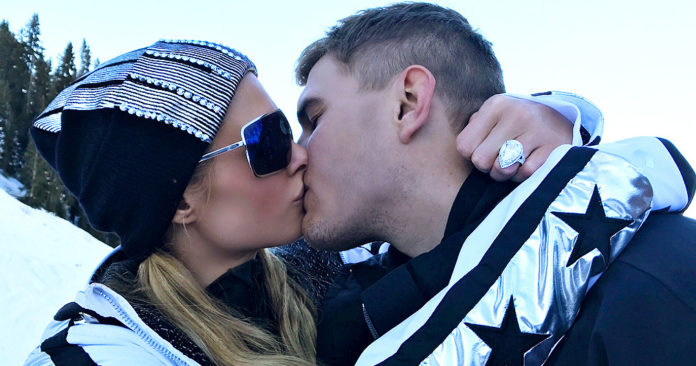 Billionaire Heiress, Paris Hilton, has revealed that she will not be returning the $2 million engagement ring Chris Zylka gave her after calling off their engagement in November.

In an interview she had with TMZ yesterday, December 26, the 37-year-old celebrity said that: ‘It’s mine,’ and ‘It was free,’. This statement, however, contradicts that of the ring designer who claimed that Chris indeed paid for the item.

This statement came after she appeared on The Jenny McCarthy Show last week where she shared that: ‘Look, the person who we got it from got millions and millions of dollars of free publicity.’ She also confirmed she will be keeping 20-carat diamond ring when she said: “Diamonds are a girl’s best friend.”