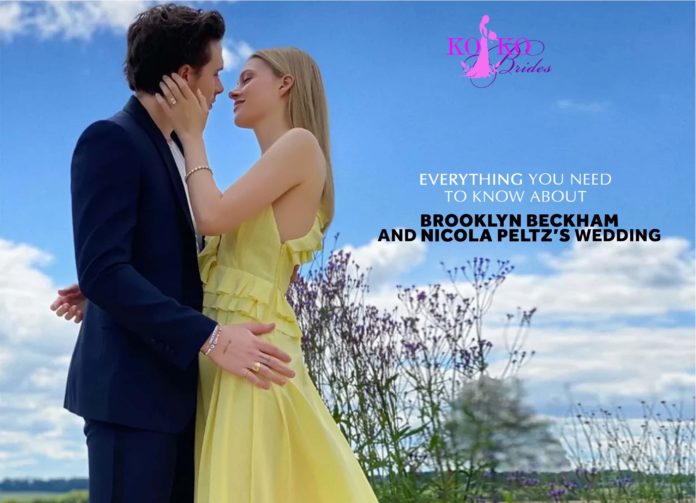 Brooklyn Beckham and Nicola Peltz are set to be married on Saturday (9 April) in a lavish, star-studded wedding in Palm Beach, Florida. 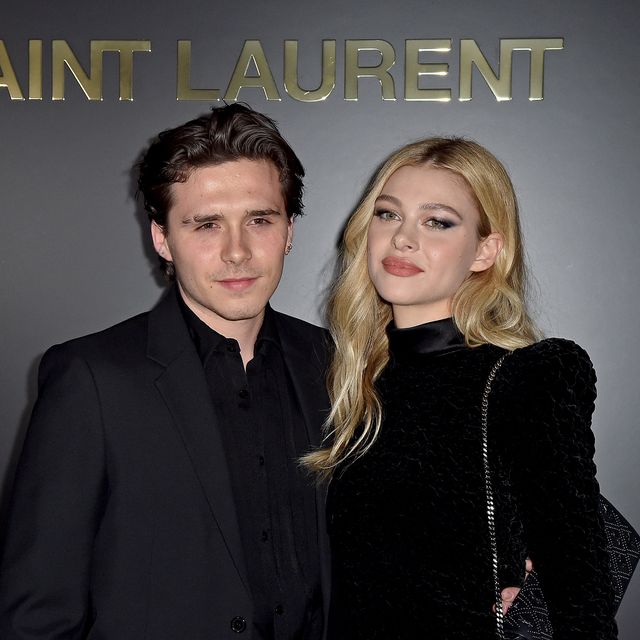 The 23-year-old son of footballer David Beckham and former Spice Girl Victoria Beckham popped the question to the 27-year-old heiress and actor Peltz in 2020 after nine months of dating.

Their wedding, which they delayed due to the Covid-19 pandemic, is reportedly thought to have cost the families over £3 million and will include a Valentino wedding dress for the bride and a detailed prenuptial agreement. Here’s everything you need to know. 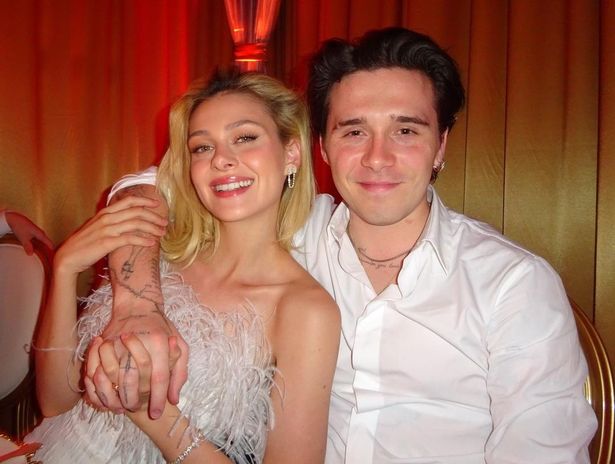 How did they meet?
The pair met in 2017 but didn’t start dating until two years later after seeing each other at a Halloween party. Previously, Beckham has dated actor Chloë Grace Moretz and Peltz was in a relationship with model Anwar Hadid, brother of Bella and Gigi Hadid.

READ ALSO: Nollywood Actress Rita Dominic Drops Gorgeous Pre-Wedding Photos With Fidelis Anosike Ahead Of Their Weekend Nuptials
After they began dating in 2019, the couple quarantined together over the pandemic and they announced their engagement on Instagram on 11 July, 2020.

In his post, Beckham wrote: “I am the luckiest man in the world. I promise to be the best husband and the best daddy one day and in her post, Peltz said: “I can’t wait to spend the rest of my life by your side. Your love is the most precious gift.” 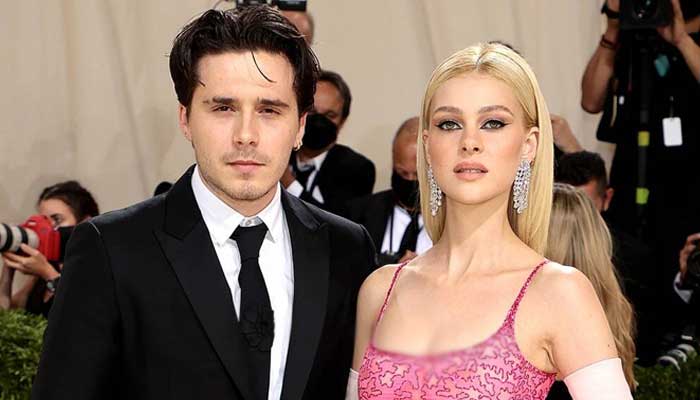 How did he propose?
The proposal took place at Peltz’s home in New York, surrounded by candles, flowers and her entire family of seven siblings and her parents, American billionaire and businessman, Nelson Peltz, and former model Claudia Heffner.

READ ALSO: Stunning Socialite Isabelle Junot Ties The Knot With Álvaro Falcó In Span’s Most Wedding Of The Year
Her diamond engagement ring is thought to have cost an eye-watering £350,000, and Beckham has also confessed his love for his fiancé through a number of tattoos such as one of her eyes.

Where is the wedding?
The wedding is set to be held at the Peltz’s oceanfront family mansion in Palm Beach Florida, which is reportedly worth £76 million and is 44,000 square feet in size.

Who will be there?
The celebrity-filled guest list includes Spice Girl Mel B, chef Gordon Ramsay, supermodel Gigi Hadid and socialite Nicole Richie as well as both of their famous families. There have even been rumours that Prince Harry and Meghan Markle may attend due to their friendship with the Beckhams. Elton John, godfather to Brooklyn, will not be in attendance to due scheduling conflicts with his US tour and rapper, Snoop Dogg, is rumoured to be performing.

What will Peltz wear?
Despite speculation that Victoria Beckham will design the dress, the bride-to-be will wear a gown (or gowns) designed by Valentino, overseen by creative director Pierpaolo Piccioli.

She said she even travelled to Rome, Italy to be involved in the designing process. In an interview with CR Fashion Book, she said: “The creative process has been fun, like finding the perfect fit and fabric.” The dress is thought to cost in the excess of £100,000. Did they sign a prenup?
The couple reportedly signed a lengthy prenup in the week before the wedding, intended to protect the fortunes of both families. The Beckhams are thought to be worth at least £380 million and Peltz’s father Nelson Peltz is worth an estimated £1.3 billion.

A source said: “Understandably, Nicola and Brooklyn want the entire day to be perfect and their attention to detail is quite astonishing… Money is obviously no object, but nonetheless they want the day to be a celebration of love, not wealth.” 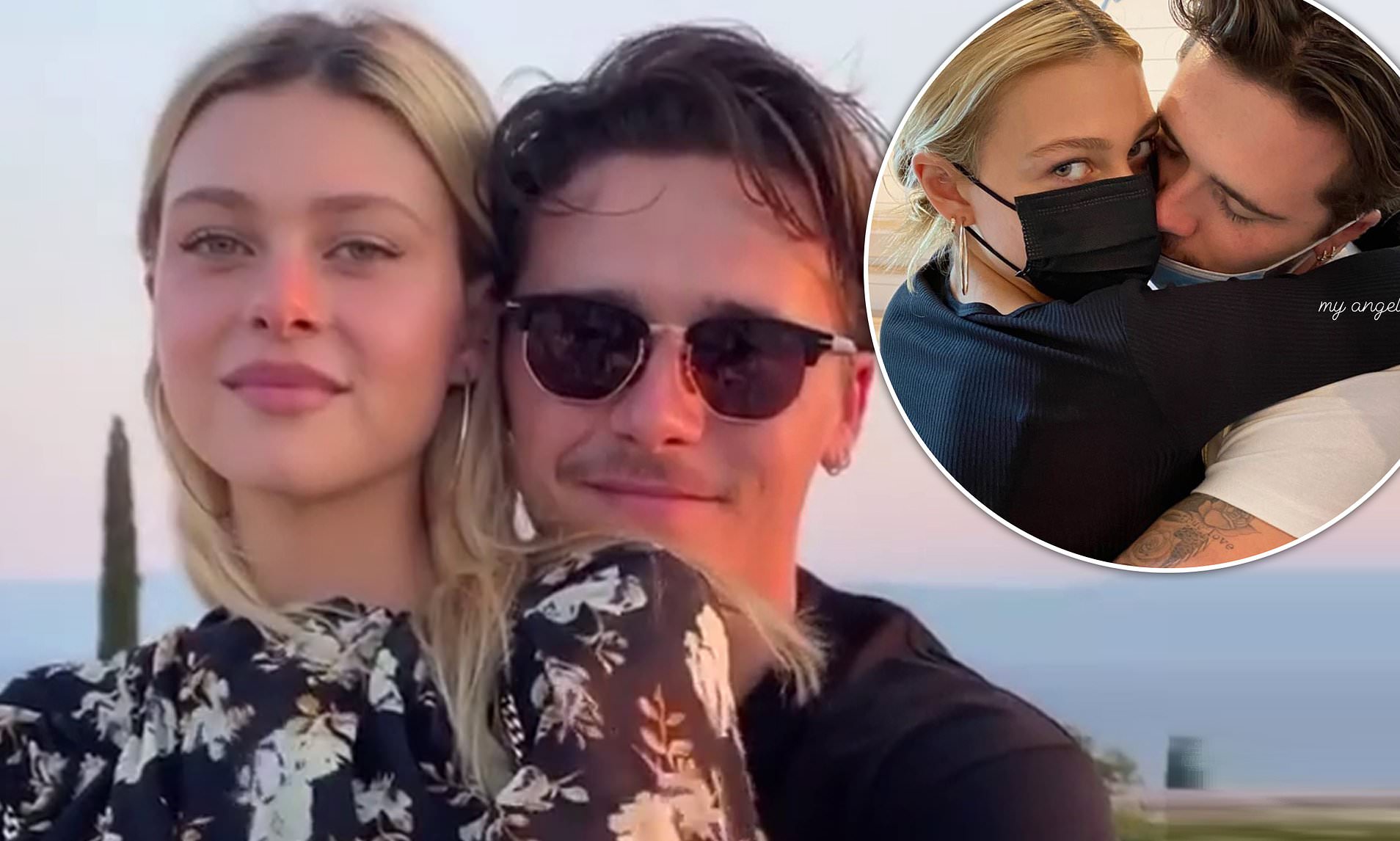 What will the wedding be like?
The couple said they’ll he holding a Jewish wedding to share in both families religion heritage. In an interview, Beckham said: ‘I’m wearing a yarmulke,’ which is a a skullcap worn in public or during prayer by Jewish men.

Other Jewish traditions the pair may follow include marrying under a chuppah (wedding canopy), signing a ketubah (­marriage contract), and smashing glass following the event.