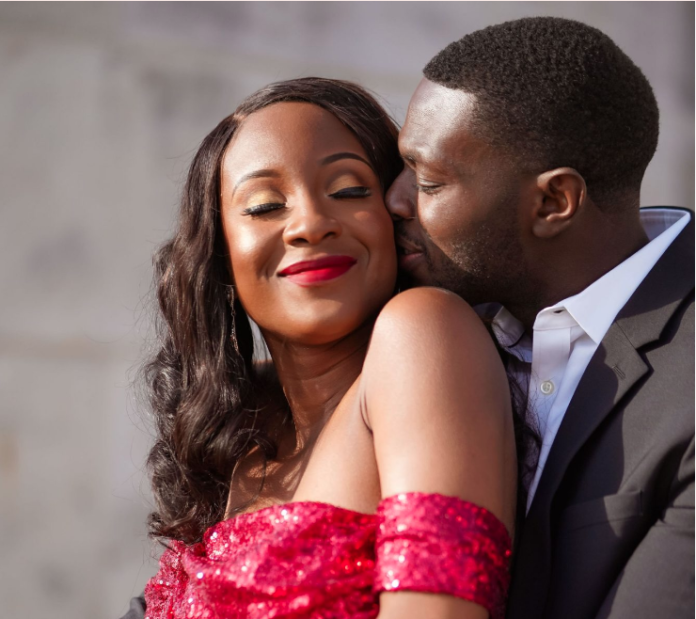 Fikayo does not use Instagram yet somehow he met his stunning wife-to-be through IG and now they would be walking down to forever town. The excited bride-to–be Abiola shared how they met when she said that: “I always tell people that Fikayo found me when I was binge watching my shows on Netflix. I was literally sitting in my bed watching a favourite show of mine when a mutual friend of ours messages me on Facebook.

When this friend of ours messaged me, he kept asking about pharmacy school so I assumed that maybe he planned on going to pharmacy school in the future and needed some guidance. After some back and forth, he finally cut to the chase and said: ” My friend who’s like an older brother to me heard about you through some mutual friends and saw your pic on Instagram and is interested.”

He then gave me his name on Facebook and of course I had to look at his profile and see what I was dealing with (lol). If anyone knows Fikayo well, you’ll know he’s not a social media person at all. I couldn’t gather much from his profile but I could clearly see that he was handsome🙂.  I messaged this mutual friend of ours back and told him to tell Fikayo to add me on Facebook.

Who would have thought that this new friend request would lead me to a man that has literally changed my life forever? We eventually had our first date and it was the most amazing date I’ve ever been on. After this first date came more dates and the rest is history. I use to think the whole ” you’ll know if he’s the one” phrase was cliché until I met this man. I thank God every day for allowing our paths to cross.