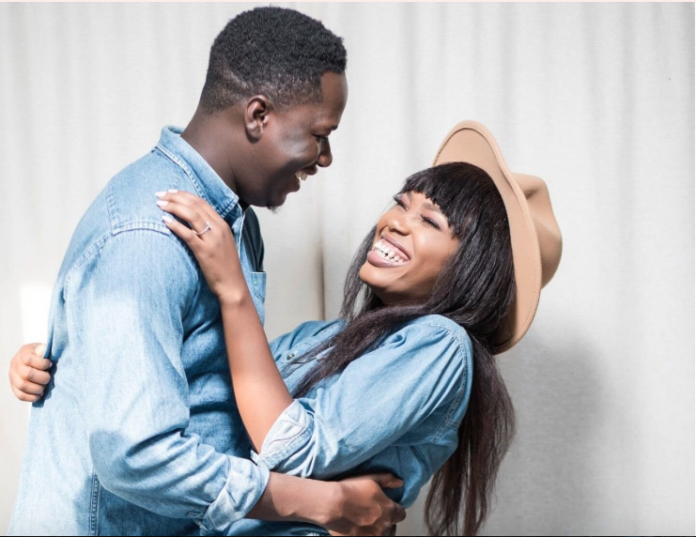 This love story is guaranteed to have you all mushy and blushing, and yes, we understand, we are too. Tope and Kayode’s love story is just so full of life, with the beautiful couple having met as colleagues working in the same office, there sure are a lot of sweet romantic details to unveil. Read all about their love story here as told by bride-to-be Tope. I met Kayode on the 5th of December, 2015. At the company I was working at the time; they had told us someone was coming to join the company. I walked into the office that morning and saw the black guy, and I immediately knew this had to be the ‘Ghanaian Kayode’. Well, he won’t admit to this, but I believe that our eyes locked for a few minutes as we listened to the whispers of, what we would later call, Love… hahaha. We started to interact as colleagues, we didn’t even exchange numbers until later that month when the office was closing for the festive holiday. And he called me first on boxing day, and every night since then! It was strange and unexpected, so when we resumed work in January, I went to ask other colleagues to see if they were also receiving those frequent calls. It turned out, I was the only one he’s been calling every night! Whaaat?! Well, I confronted him with this and he insisted that he was just enjoying the gift of friendship, nothing more. But he was keeping his options open. For where? I quickly ‘brother-zoned’ him (hahaha). He waited till I left the company, 5 months later, before he started asking me for a relationship. Even though he ticked ALL my boxes (with some extra) and I was already in love with him; I wasn’t sure if I was ready for a relationship, so I struggled with my conviction and feelings for 6 months. I was just afraid I would mess things up. Our friendship was too pure, too sweet. I waited for scriptures to anchor my feelings. Our relationship was largely distant, but we were grateful for it! Two years and two months later, we started our journey to happily ever after!