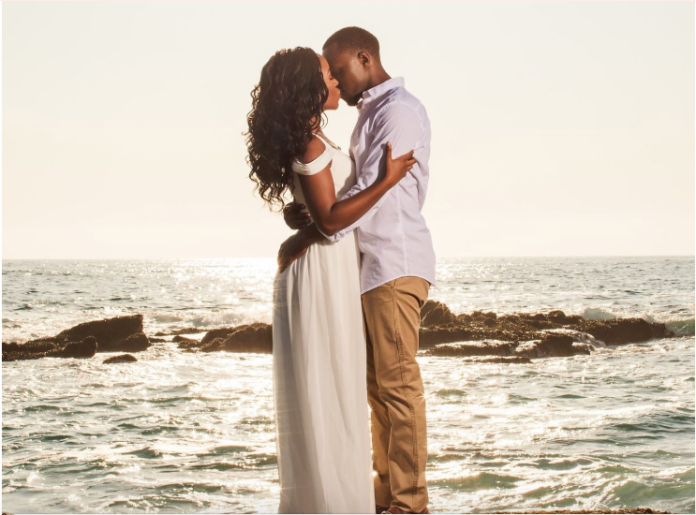 They met at the summer camp and since then, everything with them has been sunshine and hot chocolate. Ivy and Cyrus’s love story is one you would definitely gush over.

They dated all through college, enjoying all the little and big stuff together and now the #IClove19 love story is going to be written on the sands of time. Read all about their sweet fate meeting and story as told by the bride-to-be Ivy below…

Cyrus and I met at a summer camp when we were teenagers and became great friends. Then in college, our friendship grew into romance. We continued to build our relationship through the ups and downs of college and building our careers. On our 8 year anniversary weekend, we decided to go on a hike near San Francisco, California because we both love nature and the ocean.

I was admiring and taking in the view when I turned around he was down on one knee proposing! It was the most beautiful and emotional day. We will be getting married close to our 10 year anniversary on April 13, 2019.

Our pre-wedding shoot was taken by the talented Lin and Jirsa Photography. As I said, we love the outdoors, nature, and the ocean.

We wanted that to reflect in our pictures. Locations include Mission San Juan Capistrano and Laguna Beach, California.